A Biography of Ady’s Traveling Pants

The story begins with the Flowy Pants Patrol (FPP) roaming the streets of Tarifa, Spain in pursuit of— you guessed it— flowy pants, an article of clothing that is not only culturally appropriate for Morocco but also exceedingly comfortable. Emily, Leighton, and I wandered into a small boutique, where the FPP made its first purchase. I bought a pair of lightweight, loose, red pants— a cursed pair of pants that would soon prove to carry with it equal parts misfortune and embarrassment.

After a 4:30 AM wake-up call, Emily and I left our amazing host mother, Amina, with a heartfelt goodbye, 50 pounds of luggage on our backs, and a full day of traveling ahead. When we arrived at the bus station, it was still dark outside, so nobody could see that I was wearing my red pants. We then boarded the bus for a 1-hour ride to a train station, and, along the way, watched the sun rise over the ocean and light up pastures scattered with camels. All was well until I stepped off of the bus and immediately heard, “Ady, what is on your pants!?” followed by “Um, did you wet yourself on the ride here?” To my surprise, there was a stain on my pants that unfortunately resembled a wet spot of somebody who had just peed themselves. Upon further (and tentative) inspection, I realized that the stain, accompanied by other small stains of similar color and texture, was probably just excess laundry detergent. For the rest of the day, which consisted of a 9-hour train ride to Marrakesh, my pants and I were subjected to stares, pointing, and the restrained laughter of passerbyers. The unwanted attention continued in Marrakesh that night when we explored Jemaa el-Fnaa, the medina’s main square, and the surrounding sook. We saw snake charmers, monkeys in diapers, and hundreds— if not thousands– of people shuffling through the plaza. Plus, a rogue monkey stole Cole’s soda right from his hand.

A few weeks later in Ouarzazate, we were volunteering for Oxygen, a non-profit dedicated to improving local women’s financial independence and social liberty. One of our projects was to repaint a few rooms at the foundation center. Before we started working, I flipped my pants inside out to avoid getting any paint on the outside. However, by the end of the day my pants were plastered with bright, colorful paint splatter. Somehow, I managed to not only tear a small hole in the rear of my pants but also cover myself in more paint than everyone else combined. With an unfortunately placed hole, a fresh coat of paint, and an embarrassing detergent stain (that later came out in the wash), my skepticism towards these pants began to grow.

Just a few days later, I went to a cafe in the morning and had a standard Moroccan breakfast: Moroccan mint tea, orange juice, a single hard-boiled egg, cheese spread, yogurt, and msemen (a group favorite). Mid-meal, I knocked over my scalding hot glass of tea onto my left thigh. In an attempt to quickly grab a napkin, I also knocked over my orange juice, and the glass shattered on the ground. I didn’t have time to change that morning, so I continued my day with a burnt thigh and sticky glass shards that clung to my red pants. Just hours later, I was working on my second glass of mint tea at lunch and, somehow, managed to spill that glass of tea on my right thigh, leaving me with two feint, slightly sticky stains on both legs.

It was our first trip to the hammam, a public bathing area often associated with ritual ablution as a form of religious purification. Both women and men in Morocco typically visit the hammam once per week, where they lather themselves in brown, olive oil-based soap and scrub themselves with a sandpaper-like exfoliating hammam glove to remove dead skin from their bodies. I won’t go into too much detail, but when Bria, Emily, Leighton, and I arrived at the women’s hammam, we were quite surprised when our Moroccan mama, Lalla Ija, instructed us to strip and proceeded to scrub off our dead skin in a steamy room with dozens of nude ladies. Needless to say, we were sparkling clean after the bizarre but nevertheless enjoyable experience.

Anyways, later that afternoon, we all gathered in the guy’s room, and I sat down on Nate’s pillow. Minutes later, I stood up in disgust and firmly asked, “Nate! Why are my pants wet?” He told me that he was sick and had been profusely sweating in his bed. However, when I looked down at the pillow, it wasn’t wet; rather, I had been sitting on a dirty hammam glove that Bria placed on his pillow as a part of our previously-established group prank war. With Nate’s dead skin shreds attached to my pants, I urgently left the room and went straight to the bucket shower.

We were in a small beach town in Southern Morocco called Sidi Ifni working to turn a dead plot of land in a permaculture farm with Dar Si Hmad, a non-profit working to improve the wellbeing of local communities through environmentally-focused initiatives and capacity-building projects. Our primary goal was to improve the quality of the land’s soil so that nearby village families could use the land to grow food. We started by making compost ditches around the farm but went indoors when it started to rain to create what we called “compost couscous,” a thick paste that catalyzes the decomposition effects of compost. The primary ingredients of this concoction were dirt, water, sugar, sawdust, coal, coffee beans and… ground fish bones. While singing Hamilton tunes and mixing the paste with our bare hands, I unknowingly got some couscous juice on my pants, which left a horrid stain.

While working on the farm that afternoon, we received an invitation to a nearby village wedding celebration. Even though we didn’t have the proper attire and didn’t personally know the groom or bride, they invited us into a very sacred moment of their lives, an act of generosity that is reflective of the incredibly welcoming and selfless Moroccan culture that we have been fortunate enough to experience. The prospect of going to a wedding excited our group beyond belief; however, there was still one concern: my pants. The stain was obnoxious, massive, and inappropriate for an event of such great magnitude. With a wavering hope that nobody would notice, I put on a long cardigan that barely covered my thigh and proceeded to the wedding.

When we arrived, the celebration was well underway and Tasnim (our contact), Bria, Emily, Leighton, and I were ushered through corridors, uncertain of our final destination. As we tentatively but excitedly tiptoed our way through a sea of spectators, the bride’s friends and family doused us with fragrant perfume, a gesture intended to convey appreciation for their guests. Finally, we arrived in the bride’s bedroom, which was packed to the brim with women trying to convey their congratulations. To our surprise, the bride invited us to sit on the bed with her. It was an incredible privilege to be in such close proximity to the bride on her wedding day. When we sat down next to her, we admired her intricate henna, her black dress embellished with colorful jewelry, and her silver-horned crown, the staple garment of brides in the local region. Despite my attempts to cover up, the bride immediately pointed at my pants, laughed, and covered my stain with a blanket, a lighthearted and hilarious moment that ultimately eased the awkwardness of the situation.

I am now pleased to announce that– after enduring the wrath of fish bones, dead skin, paint, and (most likely) excess laundry detergent in the shape of a very embarrassing stain– my red pants have officially retired. But worry not: we still have plenty of garments noteworthy enough to inform our future blogs. Tune in next time for the biography of Cole’s trust tuke, Bria’s sook-bought robe, or Sheldon’s sweat-drenched hiking bandana. If you’re really lucky, maybe you’ll even get a memoir written from the perspective of Nate’s newly-purchased second-hand fuzzy monkey onesie. Spoiler alert: it has a tail. 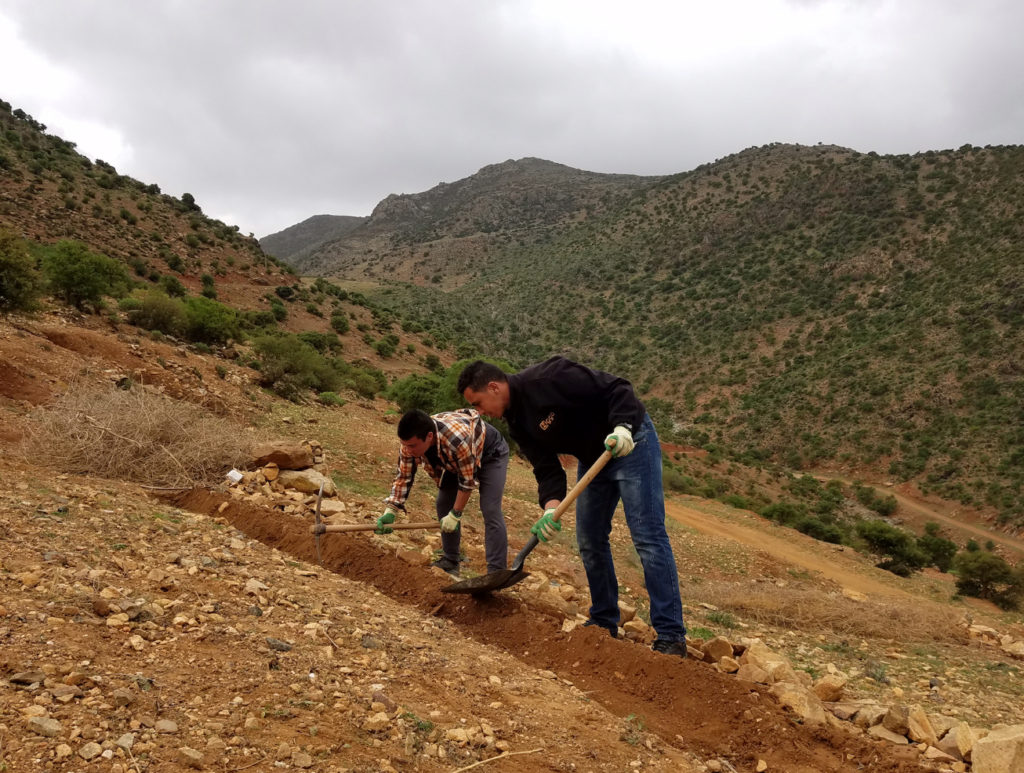 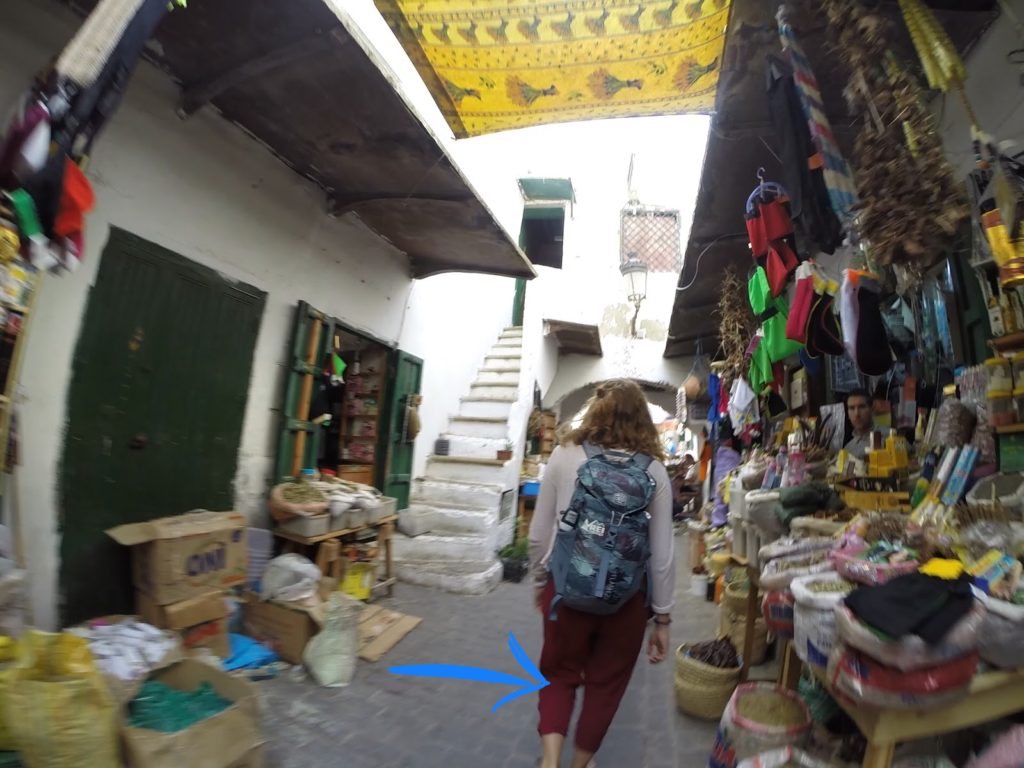 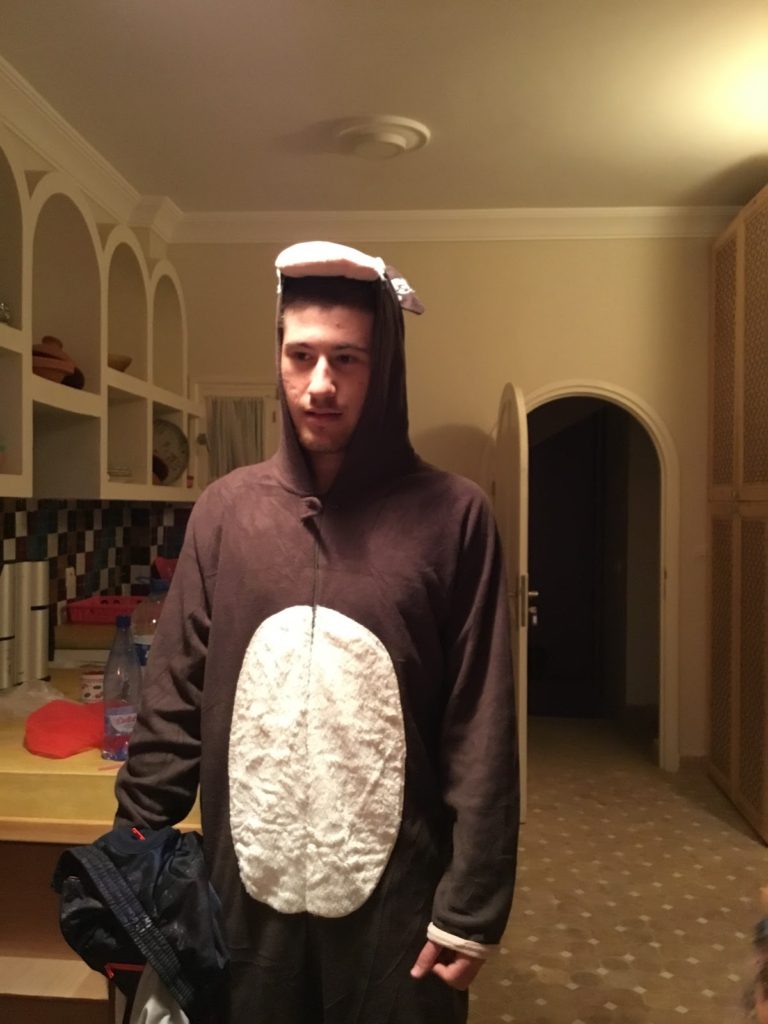 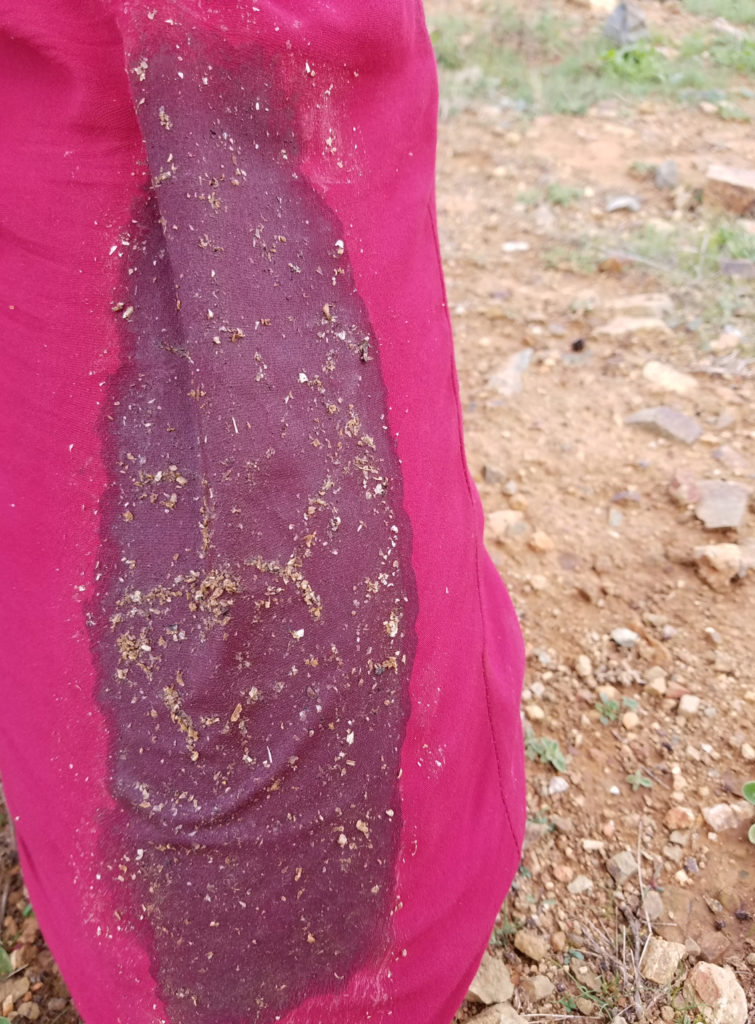 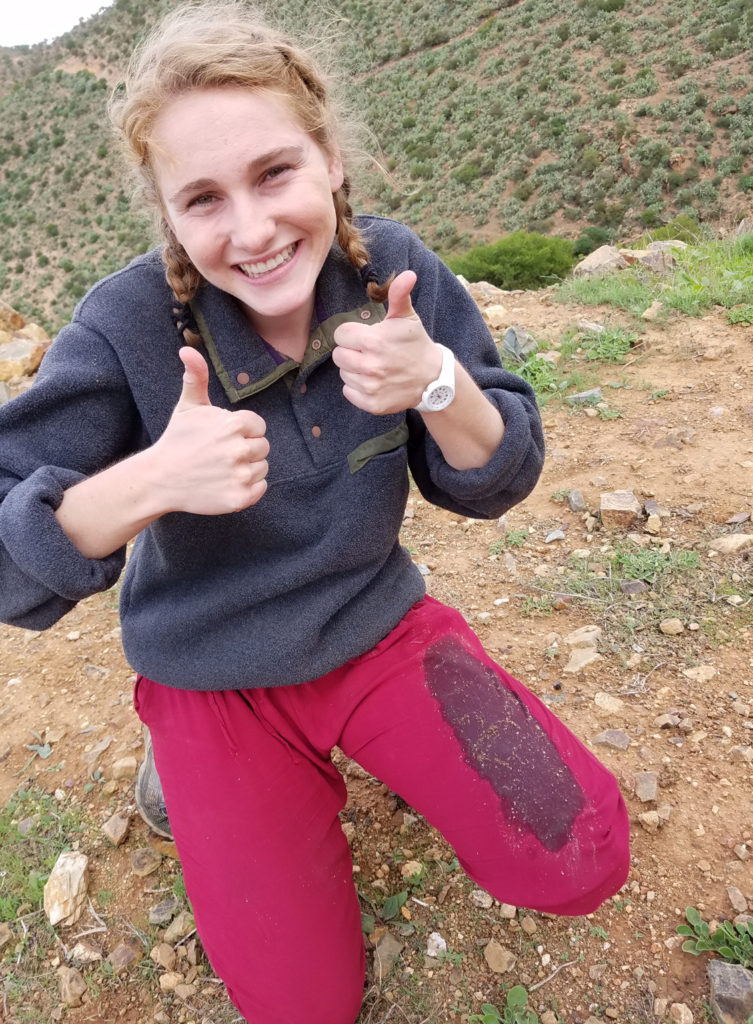