By Eve and Hanya

It’s currently our third day in Kigali, Rwanda. After an eventful and challenging week trekking the beautiful rolling hills of Lake Bunyonyi, it’s nice to be back in the city. In fact, we’re currently on the 13th floor of a plaza overlooking the hills of Kigali munching on some yummy Chinese food. 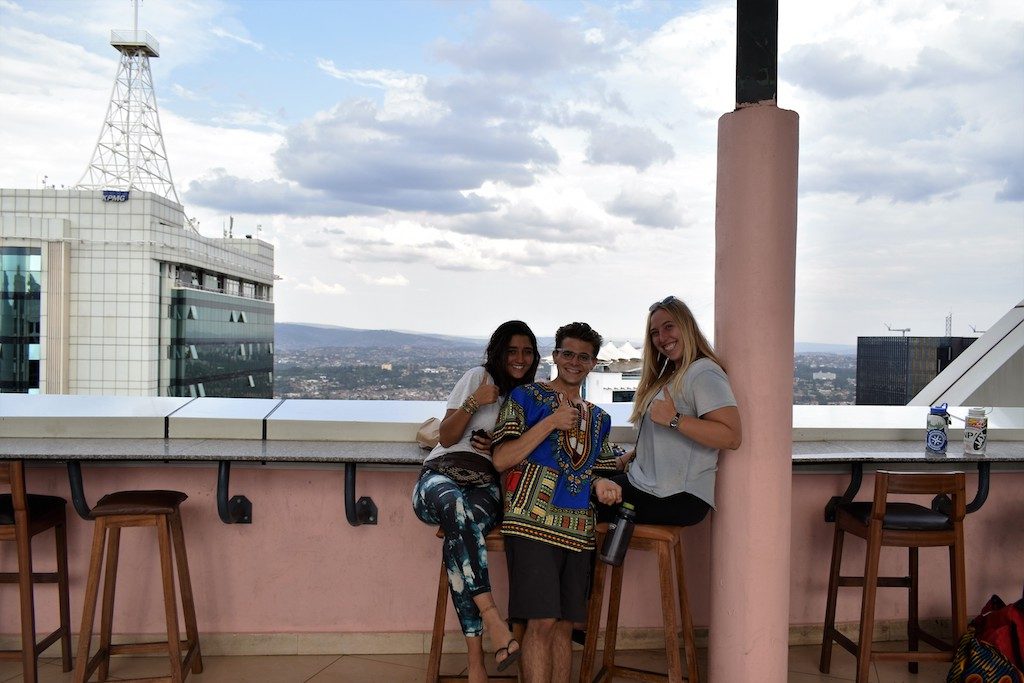 Our trek was definitely the most challenging part of the trip yet. Over the course of our three-day trek, we canoed around islands, climbed over the highest mountain on the lake (8,130 ft elevation!), and stayed with hospitable locals at night. Our guide, Owen, taught us the histories and different cultures surrounding the lake while we traveled around. For example, he showed us “Punishment Island”, a place where pregnant unmarried women were sent to starve and ultimately die. 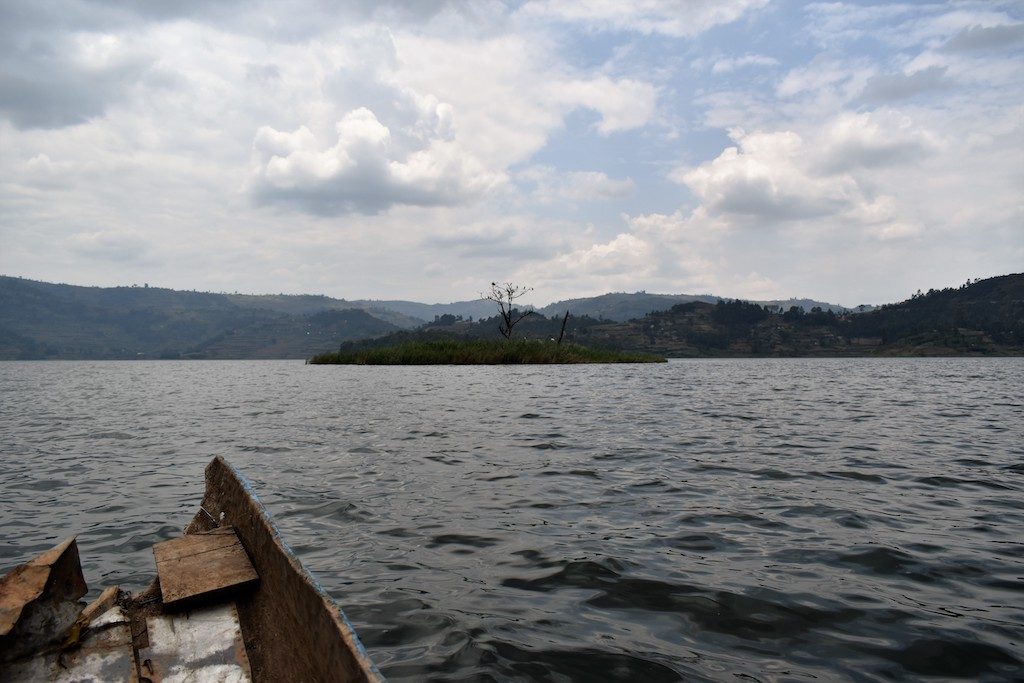 On a happier note, we also learned about Dr. Sharp, the man who came to Lake Bunyonyi to help those suffering from leprosy. As a direct result of his work, the disease had been eradicated from the region by the end of the 19th century. We traveled around and “island hopped” in traditional dug out eucalyptus tree canoes.

For the hiking part of the trek, we passed through the Batwa people’s homeland. We were lucky enough to witness one of their traditional dances performed and even join in! The Batwa are one of the most ancient societies in Africa (and the world), tracing their lineage back for thousands of years. This same day we met the Batwa was the most demanding because we hiked a total of 11 miles over the steep Karembe Hill. Everyone went at their own pace and was cheering each other on and so supportive! This hike, although difficult, was rewarding due to its breathtaking views and cultural significance. We will definitely never forget this experience and Tom’s “superb” crayfish. Thank you, Owen, and off to Kigali! 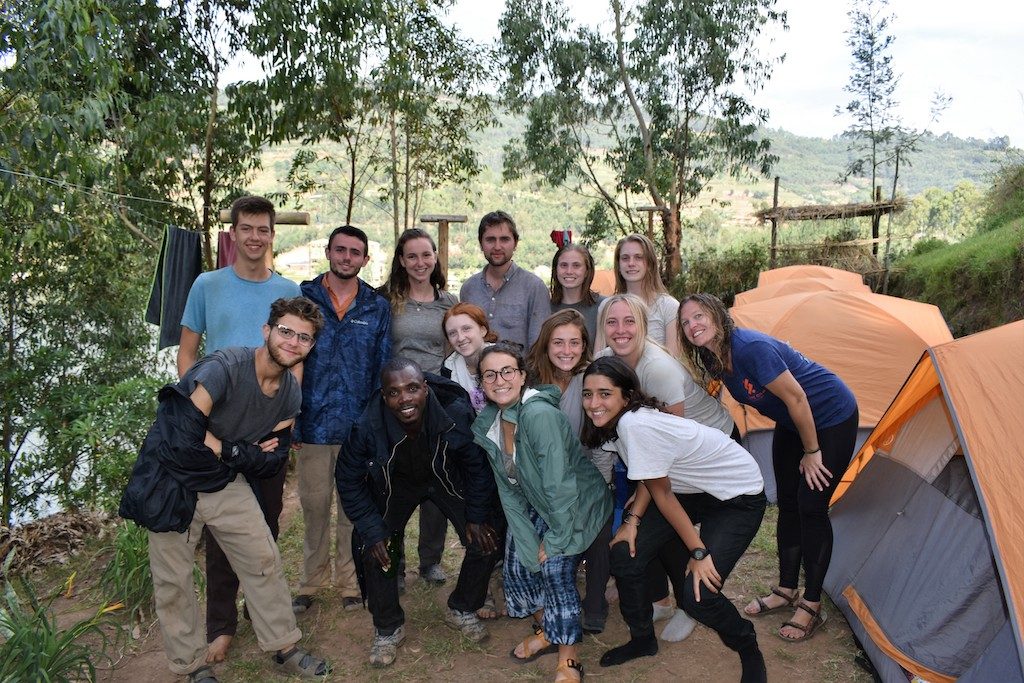 The crew with Owen.

After being surrounded by nature for the past 2 weeks we’re finally getting to live the city life in Kigali. Our first day in Kigali was an emotional one as we began with a visit to the genocide memorial. The museum gave us a more in-depth understanding of Rwanda’s history leading up to the genocide, and then the horrors that occurred in 1994. Everyone was deeply moved and some of the visuals brought us to tears. This museum is special in that it allowed us to connect and empathize with a country that was completely foreign to us two days ago. During the lunch afterward we had an open discussion about what we had learned. That conversation really drove home the importance of the museum and brought our understanding about Rwanda and its future full circle.

To lighten the mood after an emotional day, we decided to eat ice cream and go to the movies. Watching Crazy Rich Asians and The Predator was so much fun!

The next morning we visited Cari’s old Co-Op from when she lived in Kigali. This organization “We Act” works with women living with HIV (a lasting reminder of the genocide) and trains them to make crafts out of brilliant kitange fabric. We supported these amazing women by buying some gifts for our families ;)…. 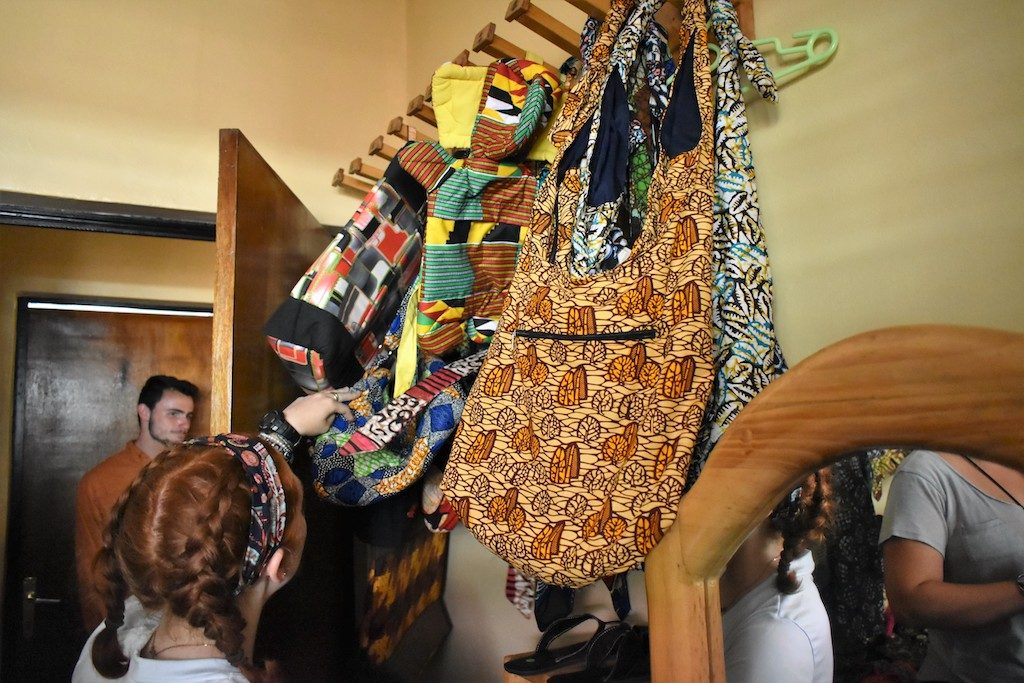 Overall Kigali is a beautiful city with virtually zero trash on the ground, and the feeling of community in the air. In fact, all of our plastic bags were seized at the border because they’re illegal in Rwanda!