My name is Alex Combs and I am from Washington State. I am currently 18 years old and also a part of Carpe Diem Education’s South American program. This week was full of memorable and extravagant adventures so I hope you are prepared for a decently-sized read.

Over the past week, we have been staying in the coastal region of Ecuador more commonly known to the locals as Manabi. Our lovely hosts greeted us on Monday to a banana plantation known as Las Delicias approximately four hours away from the capital of Quito. Our first night was possibly the most humid of our trip; everyone toughed out the initial heat and unpacked for the days ahead. The second day of our stay in Las Delicias was when the real work had begun. We delved into the culture experiencing the food, which mostly consisted of rice and bananas in whatever form they could devise. Over the duration of our stay we began our classes in Spanish and divided our group into levels; it was the perfect location for people with no experience to begin and those more advanced to remember. On the second night, the forest surrounding us was decorated with fireflies and filled with the sound of nature. By morning, though, our arms and legs were covered by the bites of mosquitos teaching us the importance of using insect repellent. Regardless, Juan Carlos, the owner of the plantation, took us to view the harvest of the bananas. We were then given the opportunity to help them with the harvesting and shown the ways of each individual action. Needless to say, it was a day full of hard work so we were treated to a great meal of bananas and rice yet again. Nevertheless, it was still delicious and was served with peanut butter to change the texture. It was prepared by the students and presented with some of the native banana leaves as a symbol of our hard work.

On Thursday, we went through the regular routine of breakfast straight into Spanish classes. The group was then offered to learn how to make chocolate by the locals and everyone decided to participate. We were taken by Juan Carlos’ nephew to harvest cocoa fruit (for their beans) and brought them back to the farm after we gathered them. When we returned we were taken through a brand new process of cooking, grinding, and melting. When we finished we were given samples of the natural ‘Nutella’ that was fantastic, it was by far the most natural and pure chocolate anyone in the group had experienced.

Friday, we went about another day of classes followed by a trip to the local river. Since we only had one car available we had to divide the group in two – having one group travel on land for a short distance only to be picked up later. I was a part of this group and I definitely regret bringing my towel since everything we had brought got wet due to the tropical downpour. When the truck finally found our group along the dirt pathway we traveled the remaining 10 minutes to the river. Miraculously, the rain cleared in time for everyone to hop into the muddy river.
After our short time in the river, the group transitioned to playing soccer in a field we learned later to be made of cow excrement. We returned and organized the order of showers like civil human beings on a banana farm. The next day we took our last day of Spanish Classes followed by lunch, the only difference was we had to kill chickens. Two of the students were tasked to kill the chickens while others were offered to help pluck the feathers off of the bodies. Later we attended a church service provided by Juan Carlos as a sign of respect (as he is a pastor) and came back to go to bed.

After we woke up we had our last meal on the farm and said our goodbyes, some of the instructors had decided to come with us to the beach though. We drove approximately two and half hours with a small break in between to a picture perfect Ecuadorian beach. We stopped for a small lunch and dove straight for the beach. After our adventure on the beach, we said goodbye to the remaining instructors that came with us and ventured to our next location. An hour along the coast we arrived at another farm called “la Finca Mono Verde” which we currently reside. Our current location is an awesome example of permaculture that I will leave the next person in line to explain in more detail – until then, ‘hasta luego’. 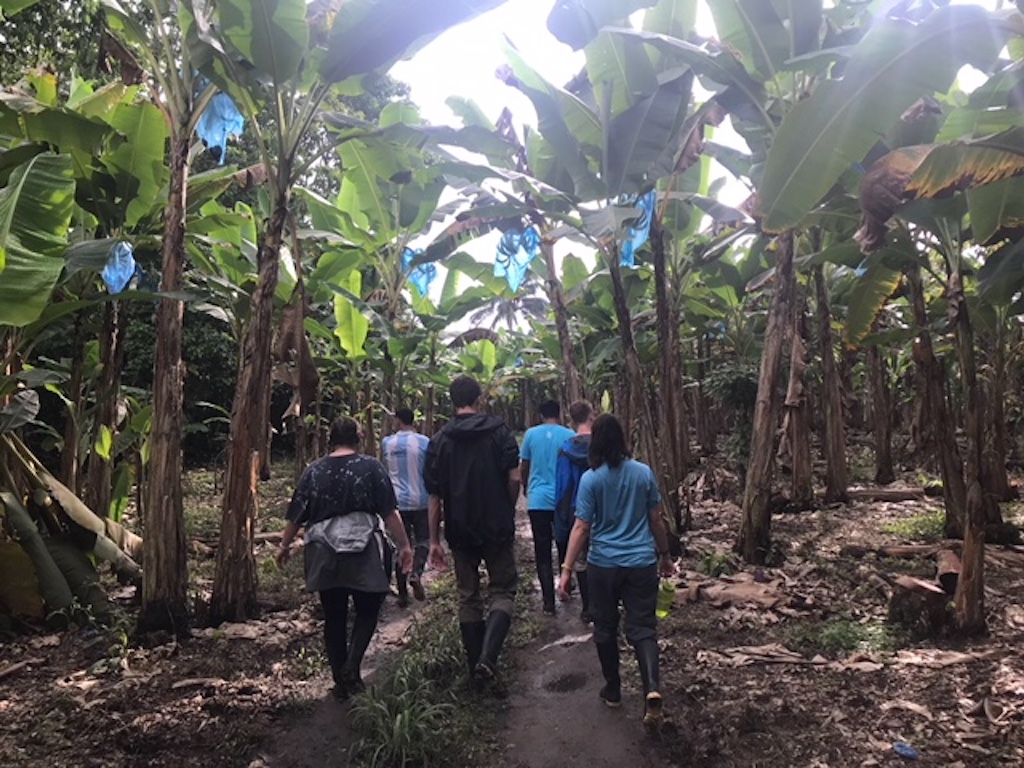 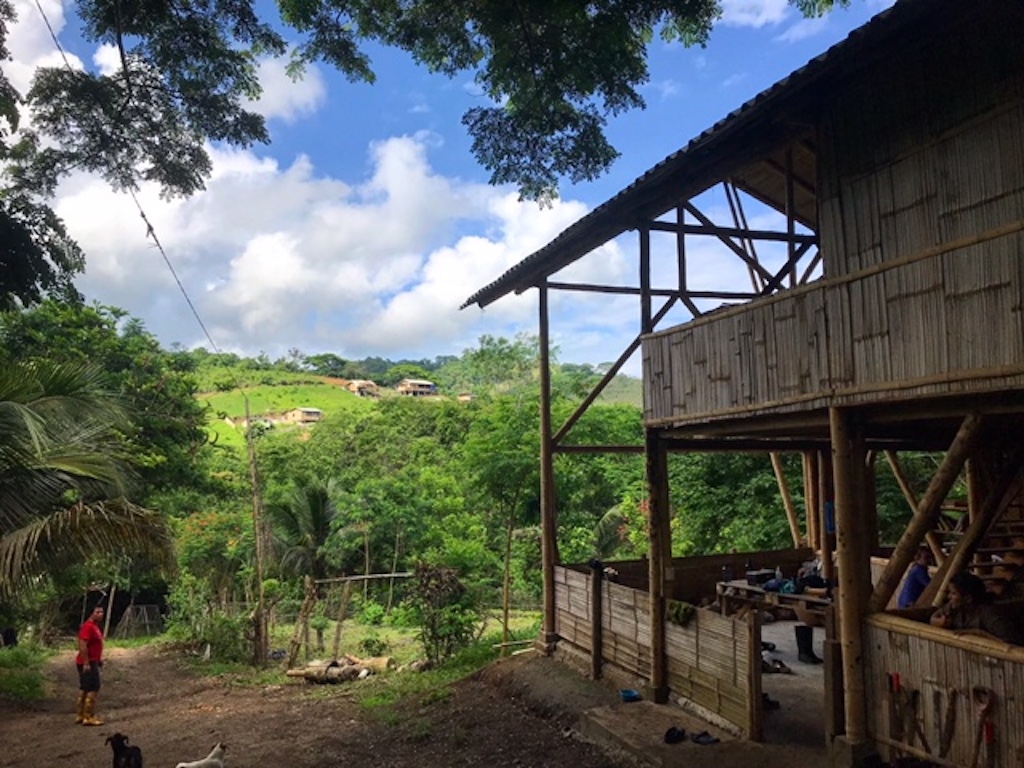 Last morning of saying our goodbyes to the family and Spanish teachers at Las Delicias. 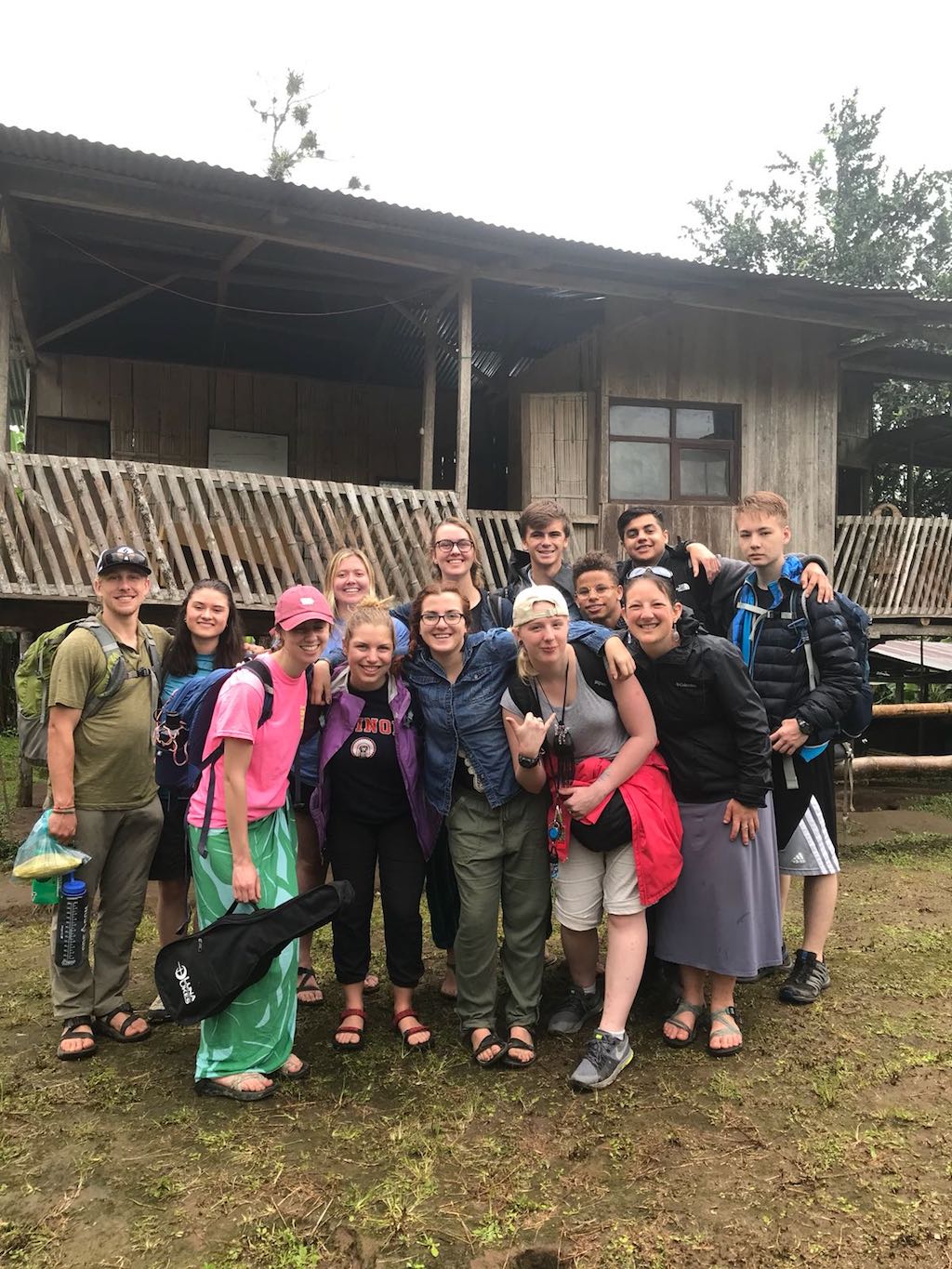 Taking a break from Spanish lessons by playing soccer at the river! 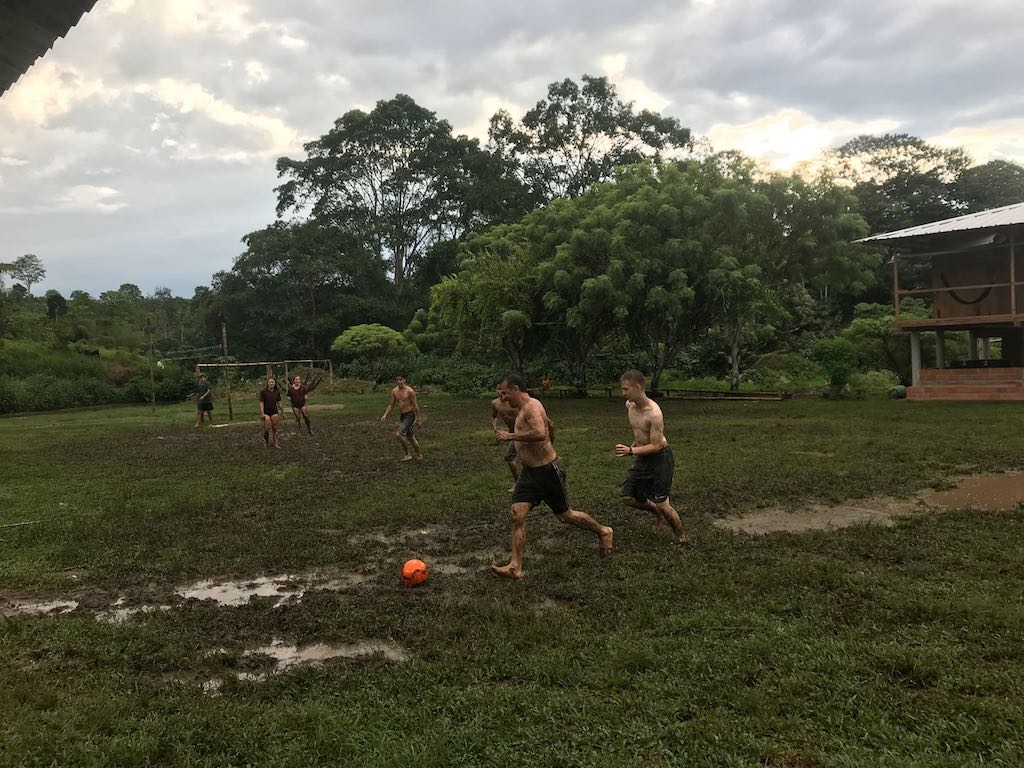 Our home for the week at Finca Mono Verde. 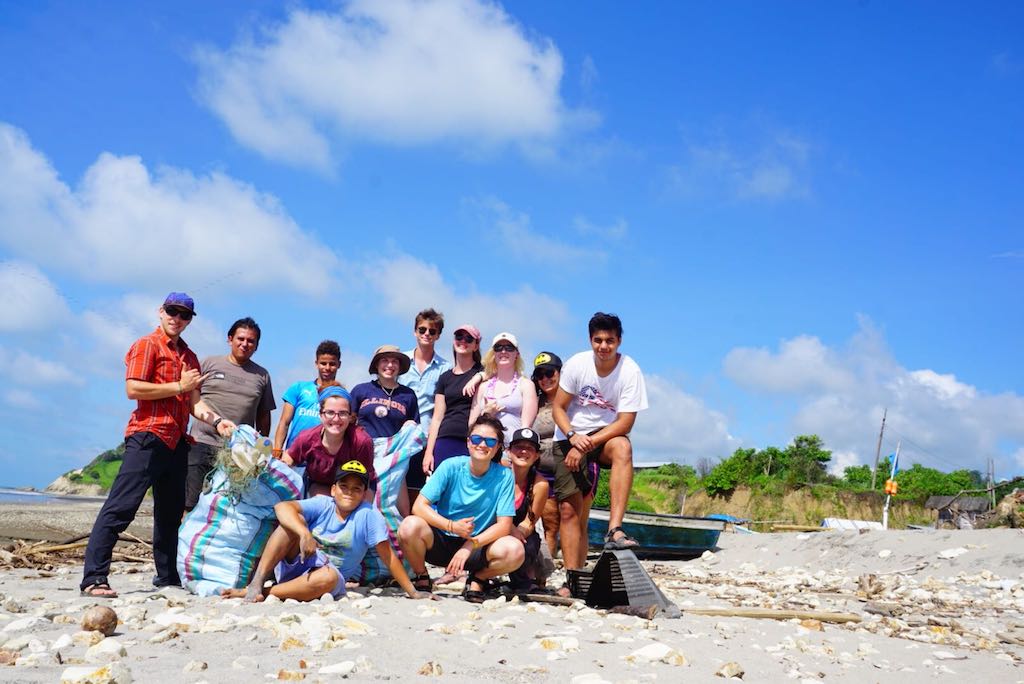 Trash cleanup at the beach in Manabi.