In Playa Larga, one of the last cities (towns) we visited, the contrast between old “Hemingway Cuba” and the modern Cuba involving casa particulars and restaurants was incredibly visible to me. I was sitting on a rickety old pier under the stars, gazing at the old wooden fishing boats bobbing up and down with each passing wave. Off in the distance I could hear the booming stereos playing reggaeton and American pop music at the tourist casa’s and restaurants. Something deep down inside me was irked, but I didn’t yet know what it was. The money the tourists brought was seemingly good for the locals and helped the economy, but the idea of such an enchanting place becoming somewhat faux with casa’s run like businesses and Cubans acting as tour guides and hustlers rather then friends and neighbors had me worked up. I could almost feel the local culture being drained with each new casa built. (There were 30 casa’s 5 years ago, and 150+ today with around 50 new casa’s being built!). So as I was sitting there on the pier, a bastion of old Cuba, I felt that we came to this place at the perfect time. I was witnessing a Cuban town undergo some type of tourist gentrification. I understand the hypocrisy here, because I am also a “tourist” staying in a Casa here in Playa Larga. However, I felt this hyper-touristy vibe for the first time back in Viñales. Where it seemed tourists outnumbered Cubans, every single house was a Casa Particular, and construction was also booming. Viñales was the least “Cuban” place I think we’ve visited so far in Cuba. It had many Tapas Bars (something only seen there and Havana), nightclubs, and hordes of tourists at the wifi park at all hours. This is not meant to bash Capitalism and it’s incentivizing hard work through competition and monetary gains. Nor is this meant to praise communism, even though there are some positive aspects to communism as well. Instead, this is just a traveler’s observation on a culture I’ve grown to love, and my witnessing of what appears to be the “tipping point” in Playa Larga. All signs point for Cuba to be on a crash course with mass tourism, so get in while you can still can! 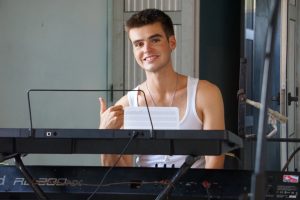