How to Walk a Jaguar

I’ve spent the past three months in the middle of the Amazon working with—and walking—Bolivia’s rescued wildlife and jungle cats. Only seven hours from the closest big city, Parque Ambue Ari is found in the depths of the wild. Given its remoteness, the park comes with all the fine amenities you’d expect: little to no electricity or cell service, the coldest showers you’ll ever take, the occasional tarantula, coati, or jungle rat jumping out of the squatty-potties, straw mattresses, perhaps a coral snake in your room, and three meals of only the finest Bolivian slop each day.

My day starts at 6:30 am, where I put on soggy wool socks and rubber boots (nothing dries here in the rainforest). My morning job for six weeks was the “Cat Butcher.” No, not butchering cats, but preparing meat for them. There’s nothing better than rolling out of bed to get covered in rotting meat and chicken…

After a breakfast of stale bread, I trudge off into the jungle with buckets of meat for my cats. Also, when I say “jungle,” I really mean a giant lake with a bunch of trees growing in it. During the rainy season, the forest turns into an enormous swamp.

There’s something about carrying buckets of meat through murky, chest-high water and strange jungle foliage that can really strike a nerve.

Everyone spends the whole day working with their cats before coming back to camp exhausted, soaked, and riddled with all sorts of new bumps, cuts, and bites.

Finally, after a shower and bowl of slop, I crawl onto my sack of hay (what Ambue calls a “mattress”) for the night.

Us volunteers may love the jungle, but it seems to hate us. It fights us back every day with the most unpleasant of creatures.

Let me start out with a list of everything that has not bitten me here:

None of these animals may actually live in the Amazon Jungle, but everything that does has bitten me:

And an utterly unfathomable number of mosquitoes.

Not to mention the other critters we come across, such as tarantulas, caiman, scorpions, anaconda, and many more snakes.

The plants aren’t much nicer; everything has thorns, some up to three inches in length. Worst of all, though, is the Fire Ant Tree, a species of tree whose bark is constantly coated in a swarm of fire ants. They may be awful, but they do allow for the fun game of seeing who can hold on to one for the longest…

As I look back on what I’ve written, I realize I haven’t made this placement sound so nice. So now, let me tell you why I endured all that and why I can’t wait to do it again:

Ambue Ari is currently host to 57 animals of all sorts, including colorful birds, a seemingly-mythical Tapir, my 200-pound best friend Rupi, and many more. Over my time here, I’ve been lucky enough to work with nine different cats: three of Geoffroy’s cats, two pumas, and four jaguars. They make it all worth it.

We walk these cats on ropes through the jungle.

It may seem absurd to physically attach yourself to a puma or jaguar and then release then from their cage (because it is), but it improves the lives of the cats tenfold. Instead of spending their lives in enclosures, they get to explore the jungle every day, finding new scents, footprints, or animals that would interest them in the wild. They can climb trees, chase animals, swim in the swamps or river, and generally just behave like a normal wild animal: free. The bond I’ve formed with some of these cats is incredible. They’ve seen so much pain inflicted by humans, but they still trust and love you. They have to trust you to leave the cage; most of them are actually too scared to be in the jungle on their own.

Of course, not every cat can leave their cage; some are too aggressive, playful, or timid to be safely walked. But, for those who can, walking greatly increases their physical and mental wellbeing.

On the hike out to our cats, we get to see the jungle teeming with wildlife; Ambue Ari is an oasis of jungle in the surrounding Bolivian fields, which sources the park with highly dense populations of jungle critters. The trees are filled with screaming monkeys and birds, while the ground is occupied by groups of chanchos and capybara. You may be lucky enough to spot anteaters, sloths, tapirs, and the occasional wild jaguar as well.

I also walk by our other rescued animals. Sometimes you walk by the tejone cages, where two little coatis run and beep crazily as soon as you approach. Other times, you may look up and see some of the Bolivian workers running through the treetops screaming with our howler monkey squad on their walks.

The people here have been nothing but incredible. I’ve met so many people in the midst of their travels, arriving here from every continent in the world. We trade stories in the candlelight of our past travels and our future plans, and talk about our cats for hours.

Every once in a while, you take a second to realize how ridiculous and spectacular things are. Maybe it’s while looking down at a jaguar licking your hand or when scratching a puma under his chin. Maybe it’s when you show up to camp to find out a caiman’s taken up residence in the Meat Pit, or a coati has been ransacking the kitchen. Maybe it’s in the back of a truck on your way to town, as you look up between the trees and see the whole Milky Way crystal-clear, stretched across the night sky. Maybe it’s at dinner when you look around at these new friends from all over the world who you just happened to cross paths with in a little corner of Bolivia.

That’s what counts here; this place makes you realize how fantastic and crazy life can be. It breaks my heart to say goodbye, but I know I’ll be back. Thank you Ambue Ari.

Below I include some photos and stories of some of the animals that I personally worked with. 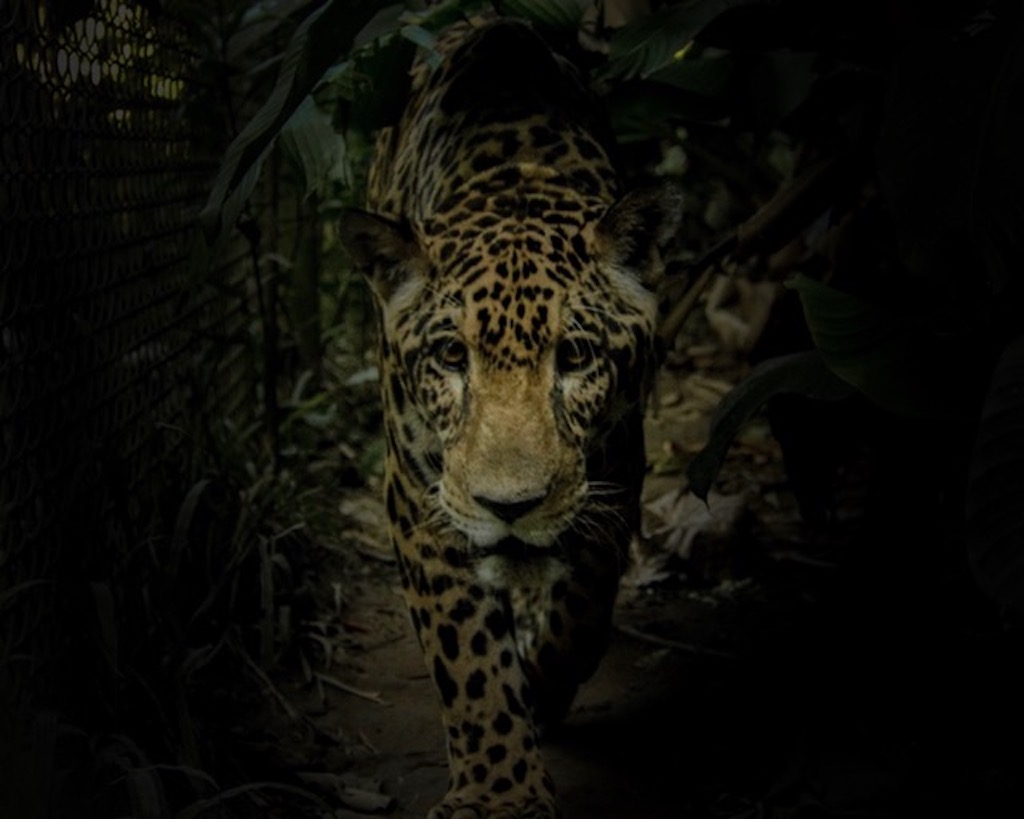 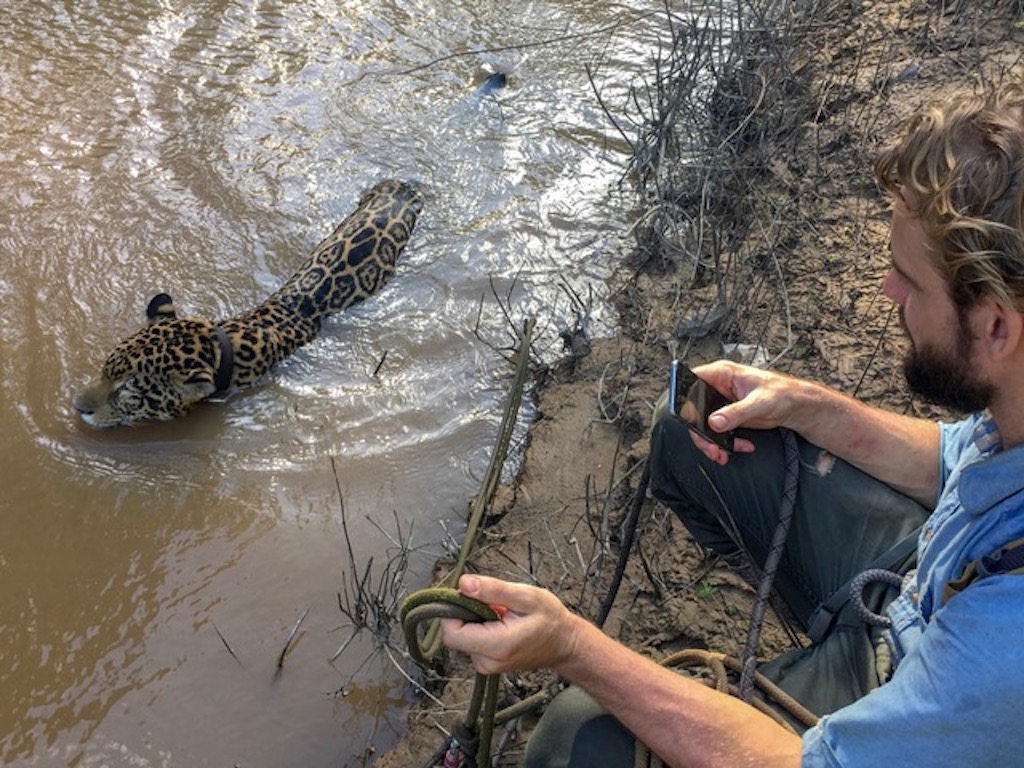 Rupi has been my best friend over the past few months. He is a 200-pound male jaguar but is somehow the most relaxed cat in the park (probably because he knows nothing can touch him). He walks through the jungle for hours with me and spends even more time down by the river. He loves to swim and then relax on the shore with us, watching the water flow by. Sometimes you can spot pink dolphins there, too!

Rupi came to the park at only three months old, being kept as a pet. Without his mother to raise him, he would have no chance of being reintroduced to the wild. 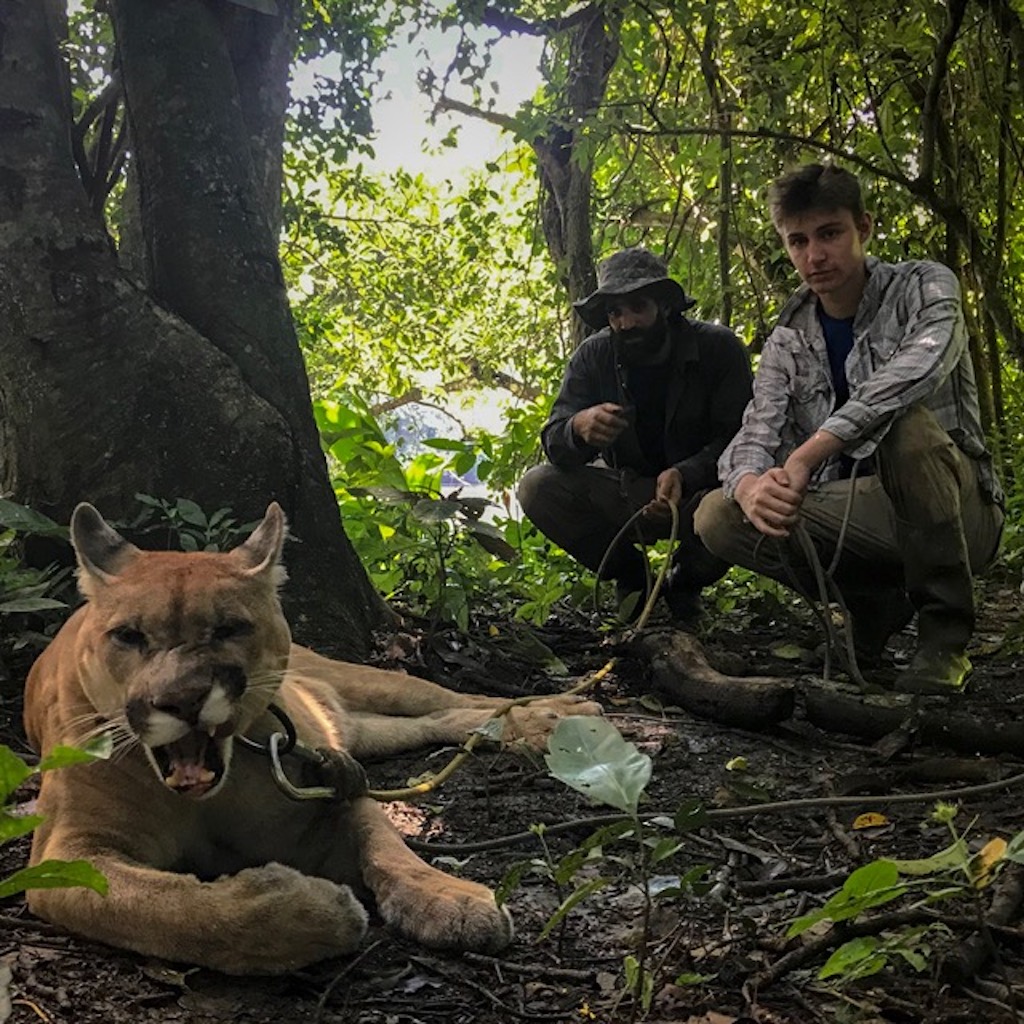 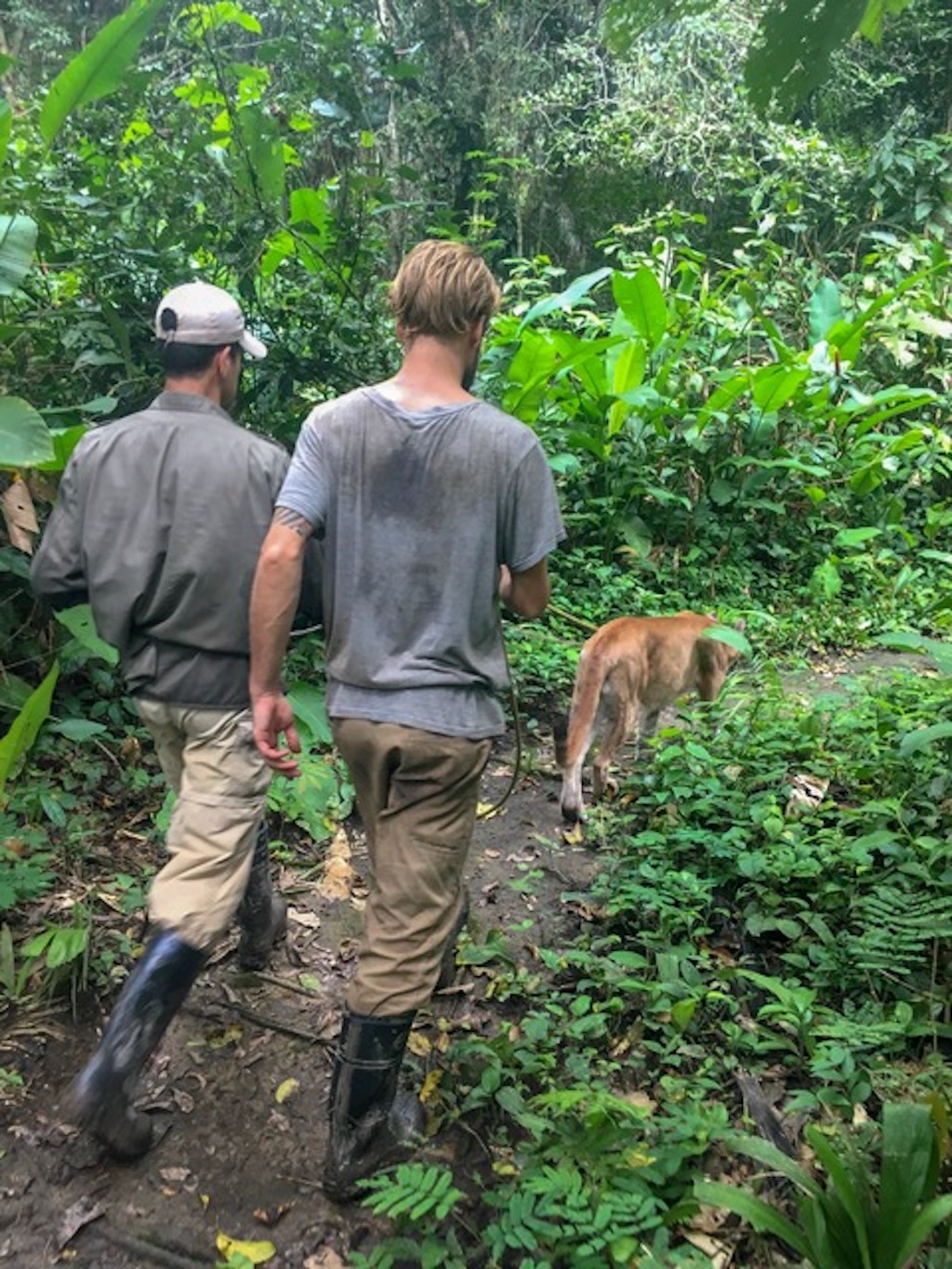 Tupac has a special place in my heart. He is an enormous, intimidating Puma, but after working with him for so long, you begin to see his softer side. Many years ago, farmers shot Tupac’s mother and followed the blood trail back to her den, where they beat her and Tupac’s brother to death. They beat Tupac within an inch of his life before they realized he could be worth something on the black market. The beating blinded Tupac and left him with many leg problems, which makes it so miraculous that he can still trust people and enjoy affection.

Today, we can take Tupac through the jungle to sit by his lagoon and roll in the grass. He is a much happier cat now. 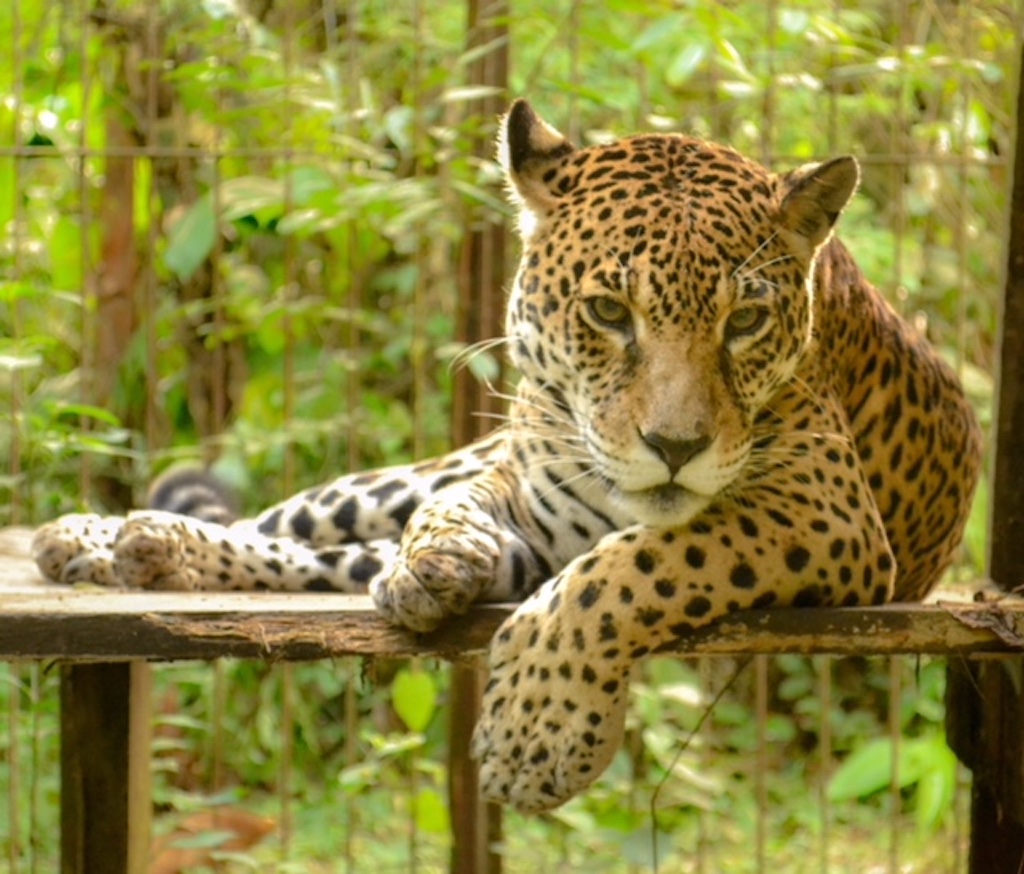 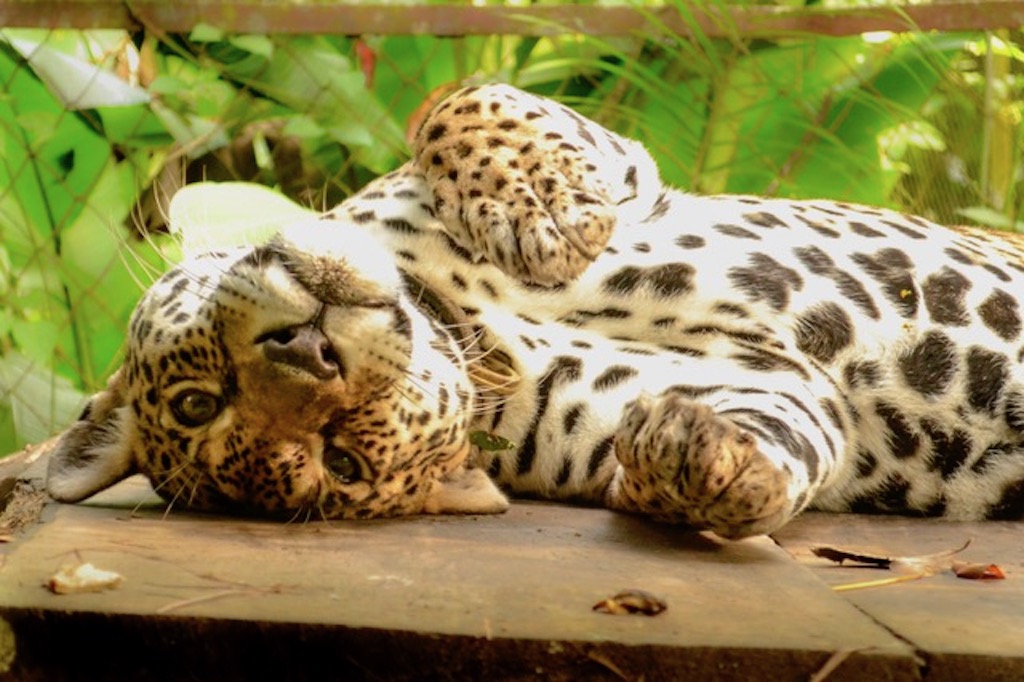 Katie may be our smallest Jaguar, but she’s got a huge personality. As soon as she comes out of her cage, she flops on the back and demands belly rubs. Once we start walking, though, she is completely entranced by the jungle, stopping to smell every single tree and leaf—completely ignoring us.

Katie never met her mother. When hunters shot her, they found that she was only a few hours away from giving birth to Katie, and cut her out to sell on the black market. Luckily, she was rescued and brought to Ambue. 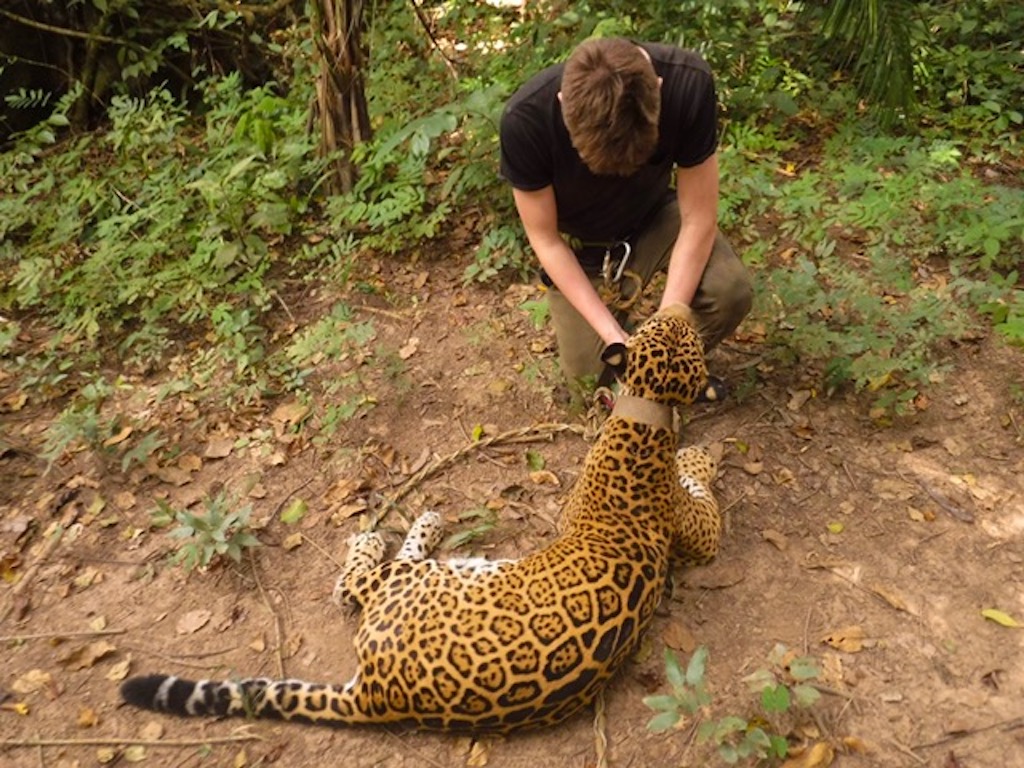 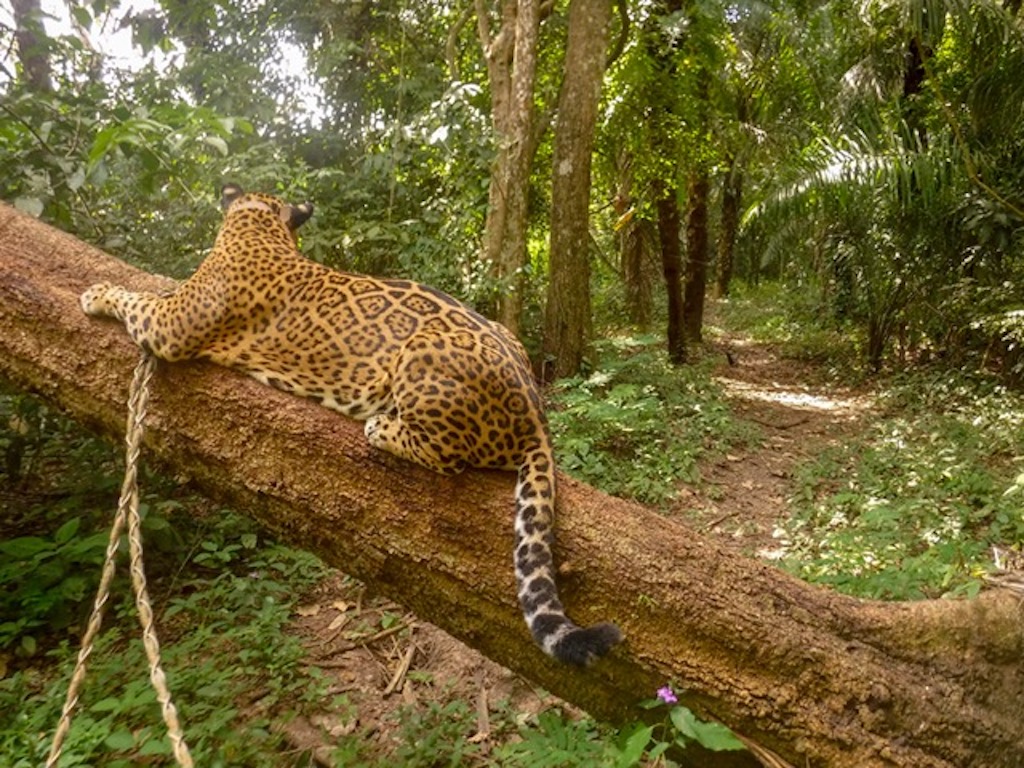 I started working with Amira in the second half of my stay in Ambue, but she quickly became one of my favorites. Amira was kept on a balcony for years by a drug dealer as a status symbol and threat to others. Local children teased her for years, which has led her to eat all sorts of crazy things: those children’s backpacks, chunks of tires, boots, the keys to her cage, shirts, and volunteers’ pants. Walking Amira takes a lot of work, as she can become very possessive of anything she gets her paws on. 99% of the time, however, she is a total dream. She loves wandering around her trails for hours and swimming in her lagoon. She is particularly fond of her food enrichment as well. We take her meat and wrap it up on huge leaves and vines, and tie them around trees in her cage. Therefore, she has to hunt down her food and work to rip the packages open before she eats. 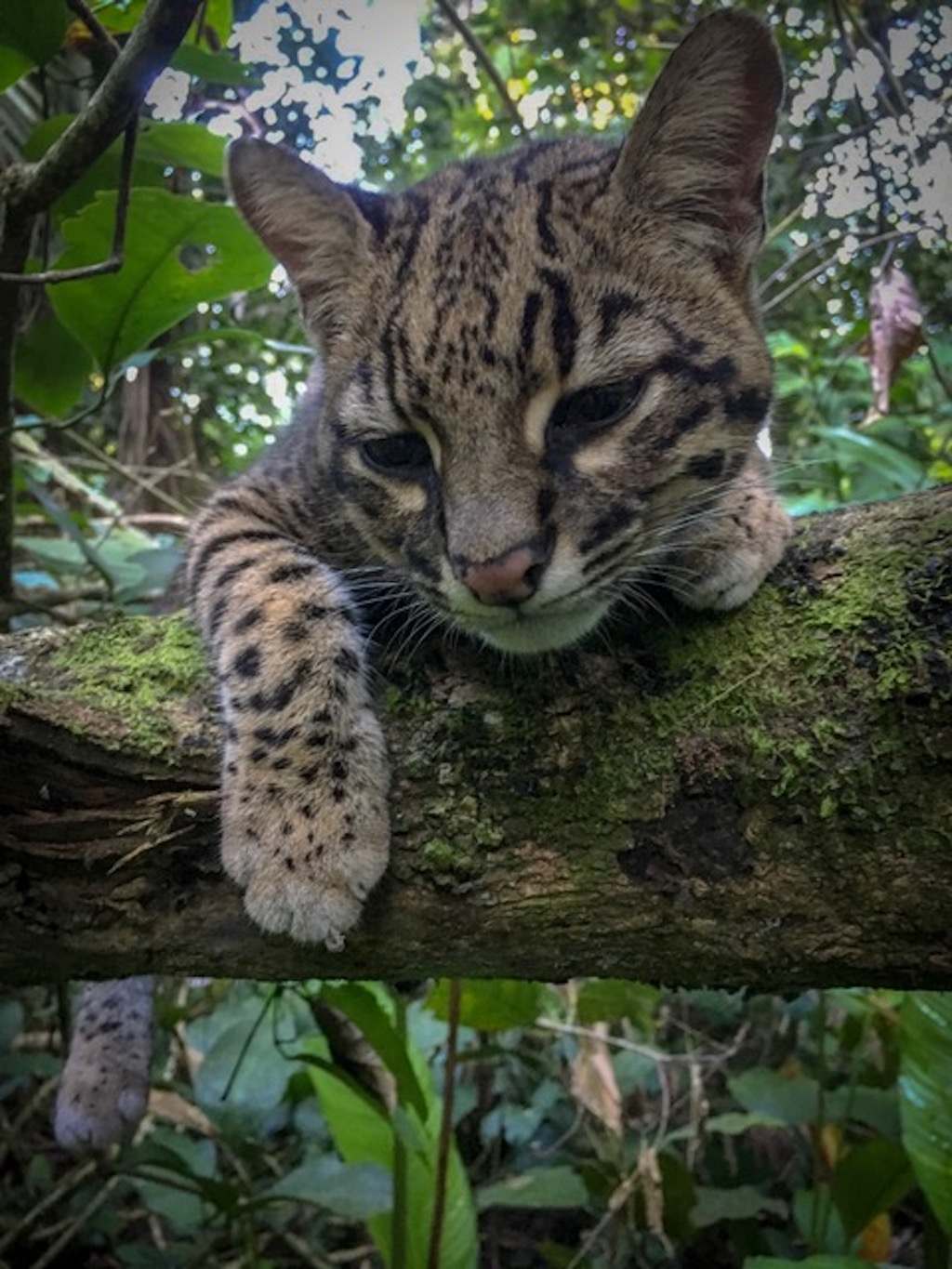 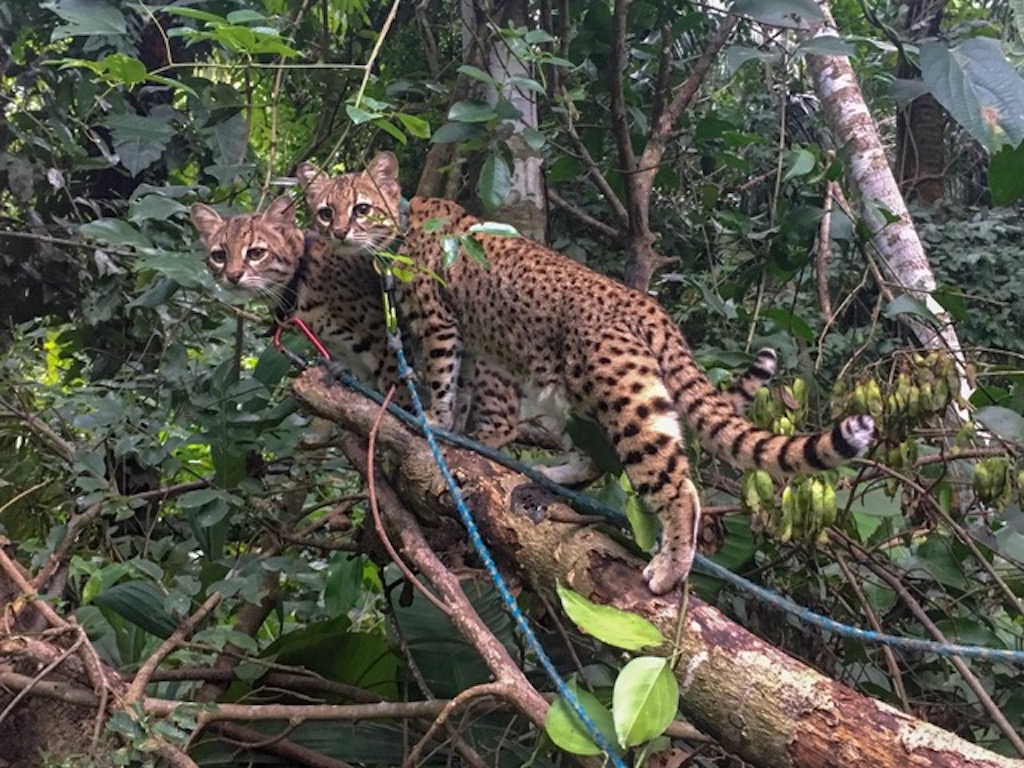 These are Geoffrey’s cats: Boudicat, Beowolf, and Mariano. They are the cutest things in the world. Imagine three jaguars smaller than house cats who only want to run around and wrestle each other. Running through the jungle with them is absolute madness, as they launch through the air, up trees, under logs, and constantly tangle their ropes as we try to keep up. 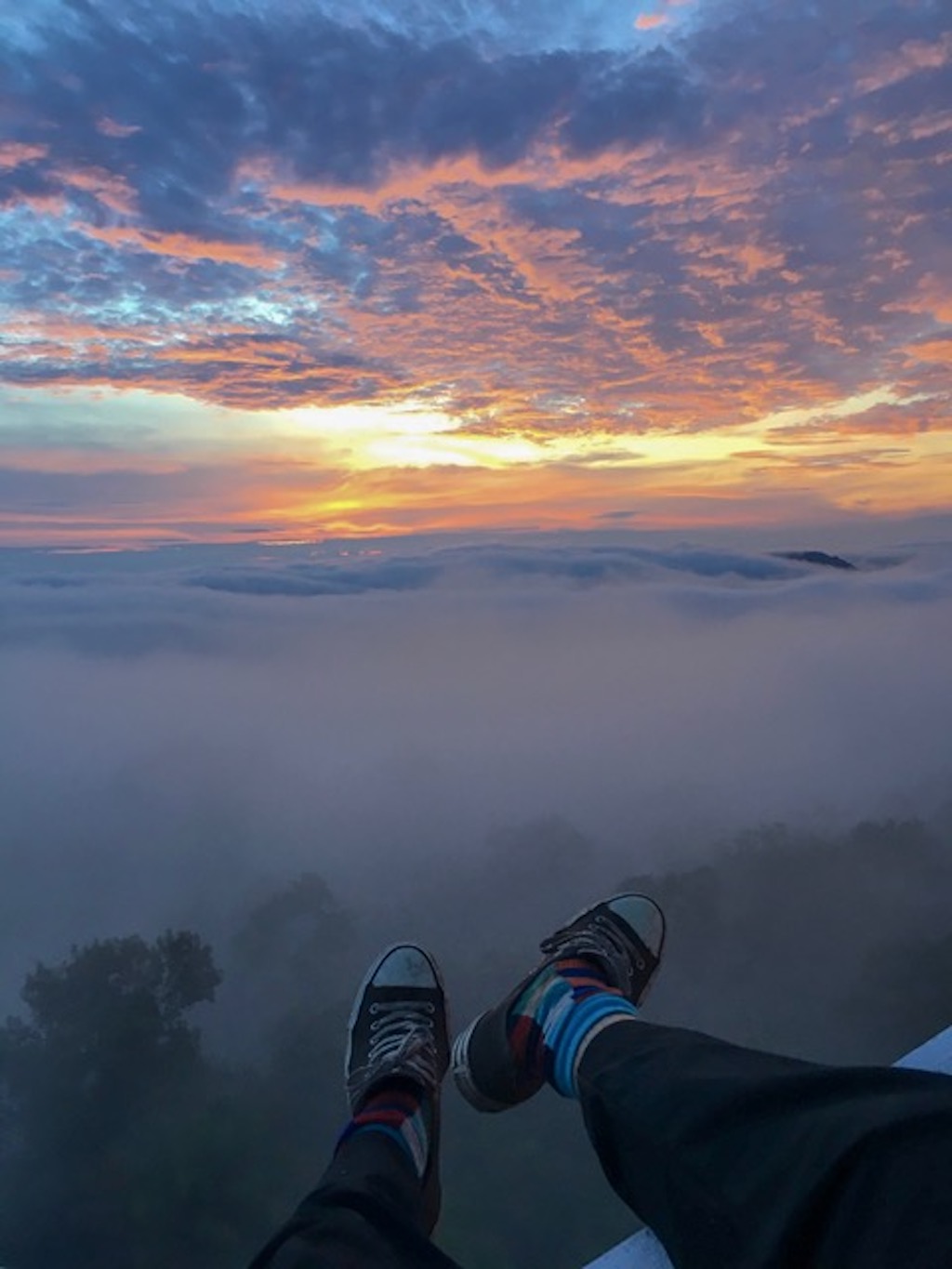