When someone says “Class-four Hurricane” what do you usually think? Perhaps it’s pictures of the damage done by Hurricane Sandy several years ago that comes to mind. You may think of the satellite image of the spiraling blob of red that has showed up on the news a bit too often for comfort last week.
Yet while both of these examples could be used to describe the most recent storm to hit this island nation, the view from our home in Santiago was a little bit less dramatic. For four long days we cowered in the shelter of our casa particular. For four long days a savage drizzle beat down on our roof, and a mighty breeze gently swayed the flowers lining the path to our front door. While Hurricane Matthew failed to do any physical damage to Santiago, that didn’t stop it from knocking our plans squarely out of orbit. We spent the two days leading up to the storm’s arrival stockpiling food and water, and charging all of our electronics, having been advised by the government to stay indoors.
However, our time inside wasn’t a complete detriment to the group. We spent our time together bonding and getting to know each other better. Because of the storm warnings and difficulties with some of our home stays, we all moved into the biggest of the three houses we have been staying in. This lead to many wonderful shared Cuban meals and more time to bond. And besides we needed some rest after the intensity of the sierra maestra trek the week before.
We have since been cleared to explore the energetic city of Santiago and began our week with a scavenger hunt. It consisted of finding places and things such as where Fidel Castro was arrested, a club to say no to alcohol to (have no fear parents), the town center to have a dance off with a local, among other tasks as well. Although we are enjoying everyday, we don’t have the privilege of goofing around the city like that very often. We wake up ‪Monday- Saturday at 8am‬ and attend Spanish class ‪from 9am-12pm‬. After a break for lunch, we typically have a two hour dance class. We have been focusing on salsa in past weeks however this week we were given the opportunity to learn the Afro-Cuban dance, Rumba. We even got to attend and participate at a traditional Rumba performance.
There are a few differences between Baracoa and Santiago. While Baracoa was a town rich with beautifully colored buildings and quaint, family-owned, rooftop restaurants, Santiago is much more nocturnal in nature. At night beige, yellow, and orange streetlights illuminate the cobblestone squares and elegantly built churches. On Saturdays live bands play up and down the streets and vendors sell authentic Cuban cuisine from street side windows and small rolling carts.
Santiago is also a coastal city and one of the best places to enjoy the sea is the malecón. The malecón, which directly translates to water front, is a sort of wall separating the ocean from the land. It creates a beautiful seaside boulevard comprised of small shops on one side of the wall, and ocean vistas on the other.
However not quite everything in Santiago is as easy as the nighttime walks with lovely music drifting through the streets. Santiago is a big city, with big city attitudes, especially when it comes to traffic. The cars, mostly Fords and Chevys from the 1950s and 60s, don’t seem to care very much about pedestrians as they speed along the thin suburban streets. In the US we were always taught to look both ways before crossing the street but in Santiago it seems one must continue looking both ways as they dash across it. This does keep us alert and ready however, a necessity when learning the high-energy is dance forms of, Rumba, Salsa. We will also be learning Afro-Cuban drumming later this week as well as Judo, and Boxing. Kevin has taken to calling this the true national sport of Cuba.
We hope to have plenty more new and wonderful experiences in our upcoming and last week in Santiago. We are also beginning to prepare for the craziness of the upcoming “week five” in which students will plan and direct our travel. We are wishing you great weather as the hurricane passes over the east coast. Thanks for tuning in to our excursion throughout Cuba! XOXO, Taylor. 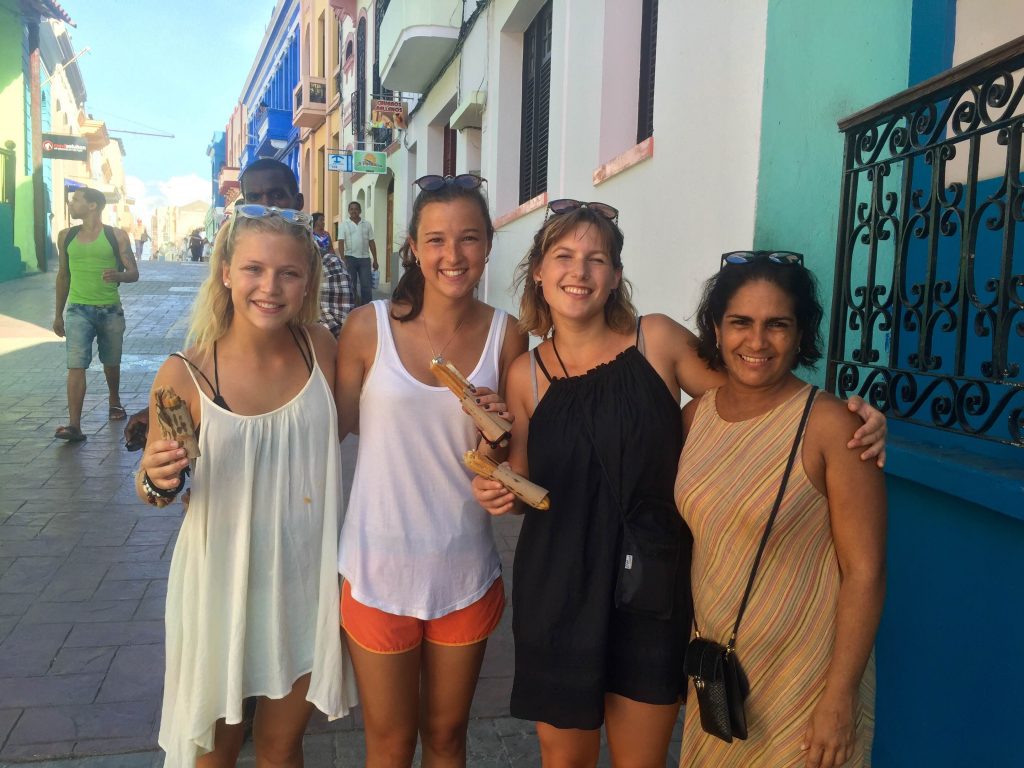 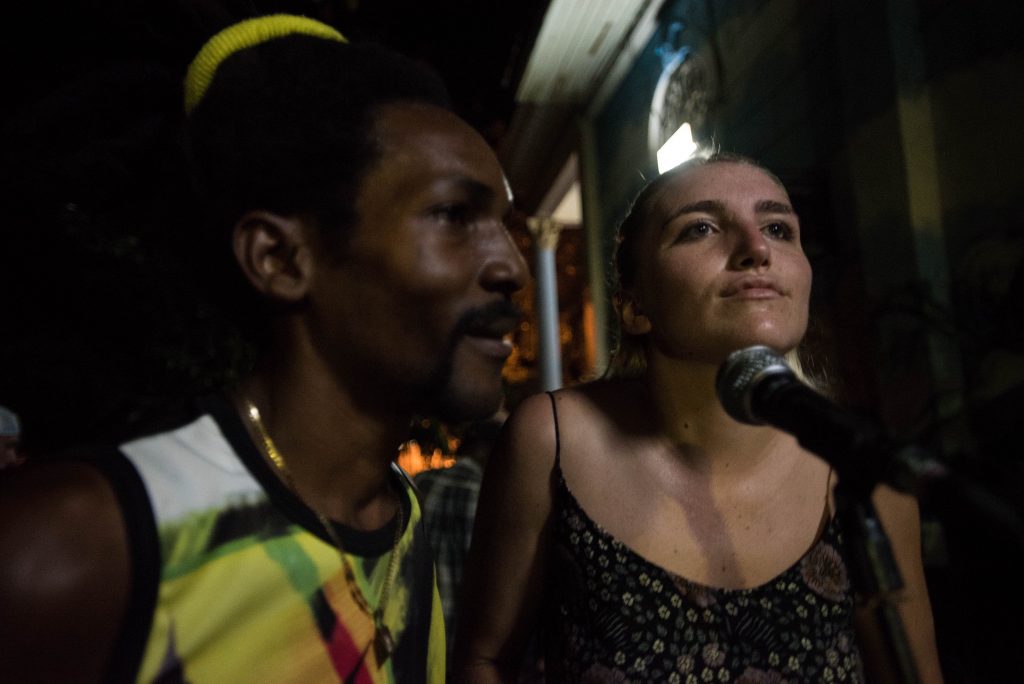 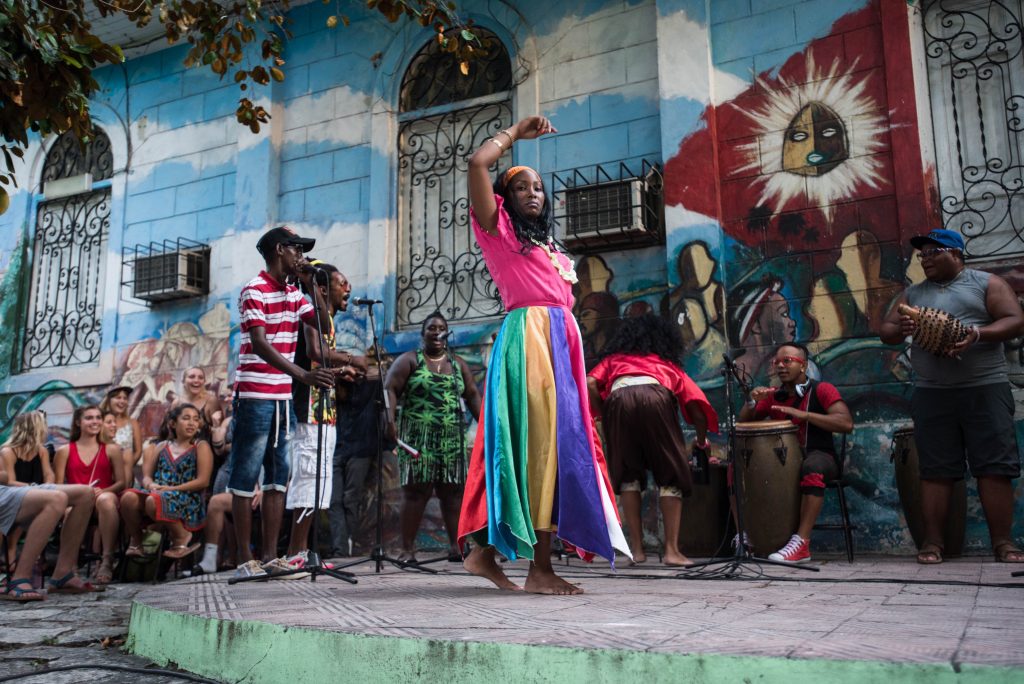 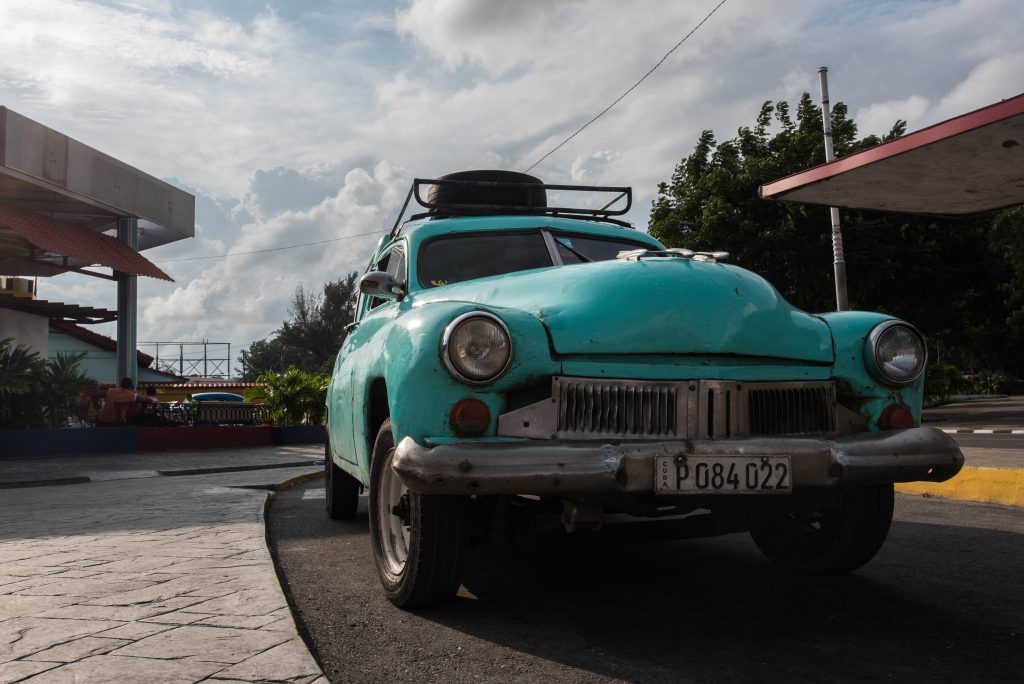 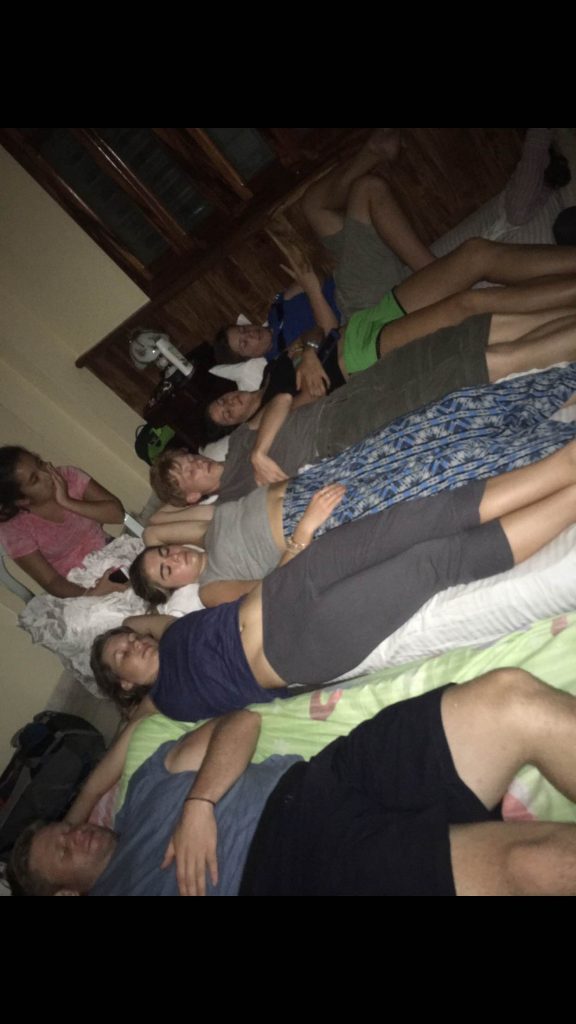