After an action-packed week of camping, rafting, and rock climbing in the mountains of Rishikesh for student directed travel, the dreaded last day of the trip has come. Cue the scary music! We plop down our tattered bags full of souvenirs, memories, and accumulated dirt from every place we’ve visited throughout India in the lobby of Stops Hostel. I look around the room and see 11 of my closest friends sprawled out on the floor from hunger and lack of sleep due to our hectic six-hour train ride to Delhi. Despite the fact that we bought train tickets for the wrong date, we somehow made it back to the place where it all started. Stops Hostel houses the memories of our first card games, jam sessions, and last “goodnight’s” I’ll hear from my best friends.

The people who walked through these rainbow-colored doors three months ago are not the same people who walk through them now. I can confidently say that we have all grown in immeasurable ways due to India’s whirlwind of beautiful, chaotic, and powerful moments that you inevitably get sucked into. We came back as people who are:

Inspired. Inspiration bursts at every seam in the vibrant fabric that is India.

In Jaipur we met with women from 13 underdeveloped countries who left their rural villages in Mauritania, Namibia, and Chile, among others, to learn to engineer. They surrounded a massive table full of circuit boards, voltage readers, and soldering irons. As an aspiring female engineer myself, I was in awe of their passion and determination to break boundaries. With no formal education, two women from Namibia learned how to make solar lights so night school could be possible in their village of 400 people. Superwomen? I think so.

Volunteering at the Tara Children’s project with HIV-positive children was another inspiring moment for all of us. Hearing their laughter as we taught them how to skateboard, dance, and play hacky sack made us smile till our cheeks hurt. Their illness did not stop them from being the goofy, carefree children we all know and love. With their positive outlook on life and big dreams of becoming doctors and activists, we can’t help but be affected by their infectious radiance.

Kolkata was a challenging time for us physically and emotionally. A majority of the Shanti group, myself included, got hit by a stomach bug from the ridiculously cheap and fast street food (what a buzz kill). Emotionally, we were challenged by volunteering at the Mother Teresa House for the Destitute and Dying. I was in the women’s mental illness building where I connected with women who had schizophrenia and severe anxiety, among other illnesses. As a group, we all fed, clothed, and cleaned incredibly weak people. Sitting in silence with these patients gave us strength and solidified the unification of humanity.

Knowledgeable. The plethora of political issues, cultures, religions, and people we learned about is indescribable. Mindblowing, actually.

Tenzin Tsundue was our main teacher of the Tibetan struggle to gain independence from China. Tibetan independence is a topic I and many of my peers barely learned in school. As an activist, Tenzin travels to meet with political leaders from around the world to fight for the freedom of his people. He owns two pairs of clothes and spends about four dollars on a pair of shoes every three years. Jaw dropping, I know. His minimalist and humble ways taught us that as long as you pursue your passion, you don’t need much to be happy.

We also became more knowledgeable about ourselves. Each of us learned how we act in social settings, uncomfortable situations, and when faced with a challenge. Screaming for rickshaws, struggling to understand thick accents as we booked hotel rooms over spotty phone calls, and being exposed to so many perspectives of free will certainly make one look introspectively. Witnessing the confidence transformation in everyone has made me speechless and so beyond proud.

Mindfulness is a main ideal of Buddhism that we now try to practice in everyday life. Through our Buddhist teachings from Khadro at the Buddhist monastery, Tibetan monks, and the Dalai Llama (the cutest, most inspiring guy ever) we were introduced to a world of less suffering and more love. We learned the importance of being in the present moment, analyzing our feelings, and non-attachment. As Khadro told us, “You must try to not get attached to moments, thoughts, emotions, material things, and people”, I looked around the room to the most eclectic, supportive, beautiful 11 people who became my family and thought to myself, “But, how?”

The India rollercoaster ride has come to a bittersweet end. We all desperately want to get back on for another ride, but our excitement for the future and to reunite with our families/friends stops us from getting back in line. Everything is impermanent, but our memories will last a lifetime. We have been through bulls charging at us, monkey’s stealing our cinnamon rolls, cows trying to lick our momo’s, shopkeepers singing “Mr. Bombastic” to us, and the weirdest of the weird India has to offer. Shmarpe Shiem Shanti: Thank you guys for the most incredible experience and for making me the happiest I can be. Now go enjoy all of the cheeseburgers, Chick-Fil-A sandwiches, fresh fruit, salads, and milkshakes we’ve been craving! 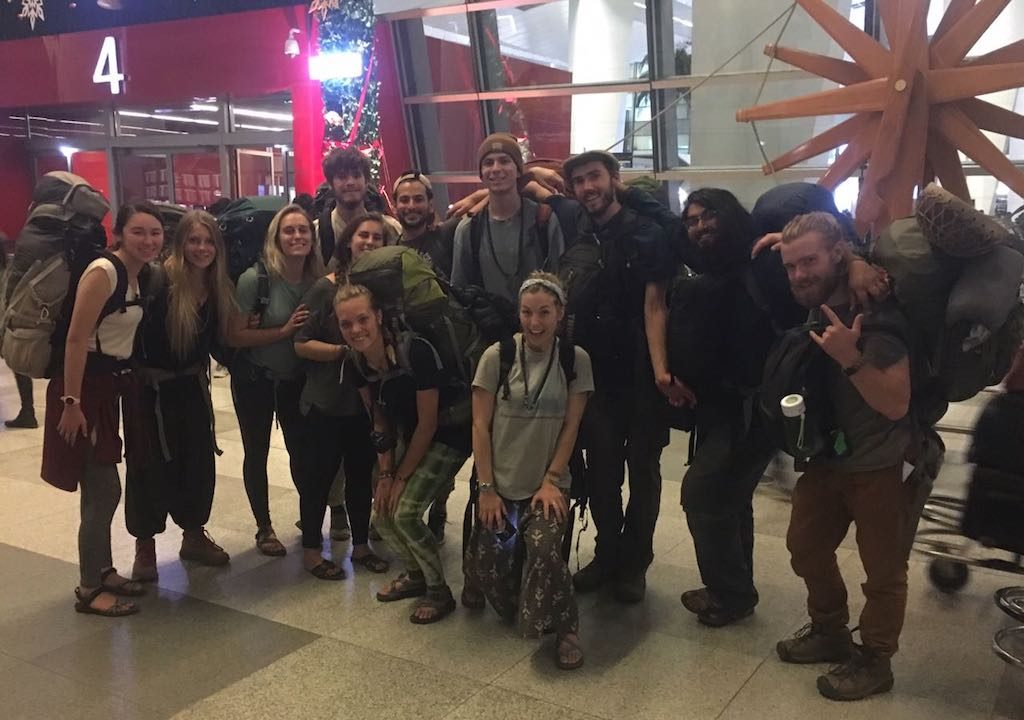