Our first major destination this semester is in Las Delicias, a banana farm owned and operated by Juan Carlos. Juan Carlos’s family welcomed us with open arms and warm hearts and took us into their home. They provided us with beds, food, and Spanish lessons for the entire week, which was an amazing experience.

On the first day, Monday, we woke up to the sound of roosters crowing. For breakfast, the family fed us mashed yucca potatoes and plantains with fruit and yogurt made out of the milk that came from their cow. Almost every meal we had included bananas, plantains, yuccas, pollo (chicken), and rice.

After breakfast, Juan Carlos and his son, Alejandro, and his nephew, Izekiel, took us out to harvest plantains that will be exported all over the world. One of the farm hands, Hector, was with us. He was using a machete to cut down bundles of plantains for us to carry to the cutting station. At the cutting station, Izekiel taught us how to cut the plantains from the bundle into a bucket full of soapy water to clean them. Juan Carlos and Alejandro would then put them in the boxes to prepare them for export. They made sure only the best plantains are sent out so any that were too small or bruised were eaten on the farm and fed to the animals.

After taking a siesta and eating lunch at noon we went back out to harvest more plantains and then came back and ate dinner. Dinner consisted of the usual ingredients: bananas, rice, and yucca potatoes.

Tuesday we started the day with Spanish lessons. We were put into groups of two according to our level of Spanish skills and were assigned a teacher that we would have classes with for the rest of the week. It was great to practice Spanish with native speakers because they can help guide you through conversations where you speak only Spanish. It is a great feeling being able to communicate with people from another nation and know exactly what they are saying and respond in a way you can both understand.

Wednesday we began with Spanish lessons in the morning, and in the afternoon it was time for a treat. We helped Juan Carlos and the workers harvest cacao, the fruit used to make chocolate. It is a large fruit about the size of a pineapple that contains the seed that chocolate is made from. After cutting the seeds out of the fruit, they are cooked and ground into a powder and mixed with sugar and milk to make a chocolate spread—essentially an Ecuadorian version of Nutella.

On Thursday, one of the farm hands guided us through the rainforest to show us the jungle that Ecuador is trying so hard to conserve for future generations.

On our last night at Las Delicias, Brian, Will, Chris, Naomi, and Lauren went to the Protestant church where Juan Carlos is a pastor. The church was in the town of Las Delicias and had a band playing religious music and singing. It was very similar to some churches in the U.S. despite the use of a different language. Those who stayed at the farm were Miki, Anya, Dana, Renee, Christian, Josh, and Matthew. They had a bonfire and dance party at the farm.

Saturday, we left the farm and drove to the coastal town of Pedernales for a day at the beach before going to our next destination: a permaculture, organic farm on the coast. 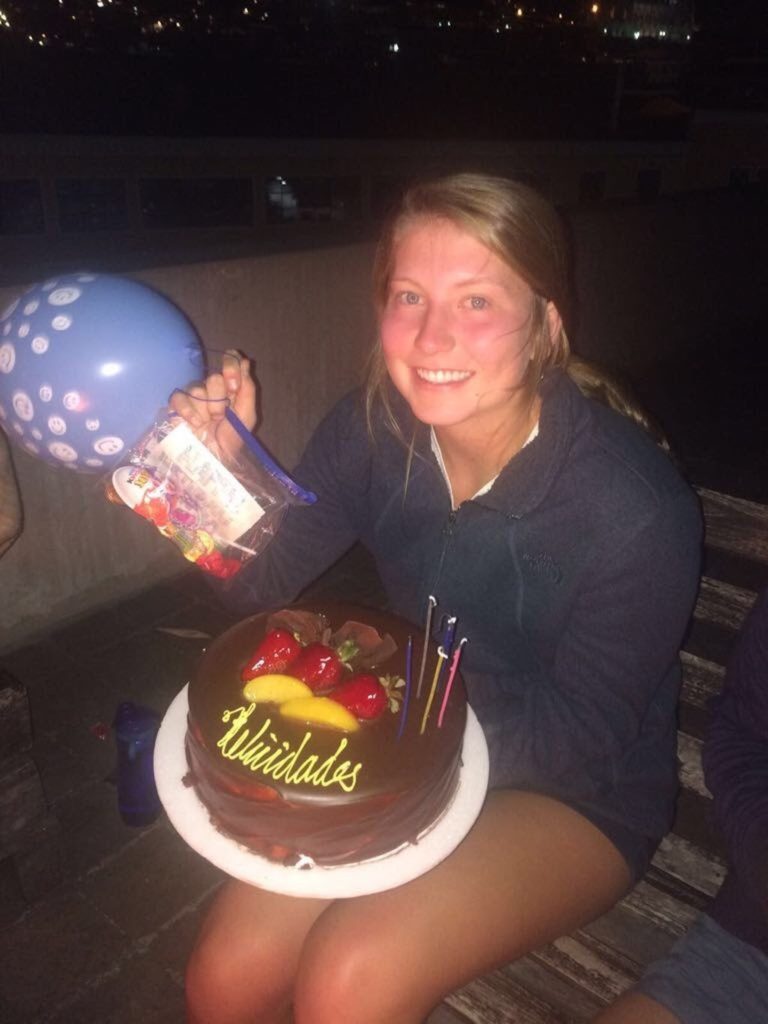 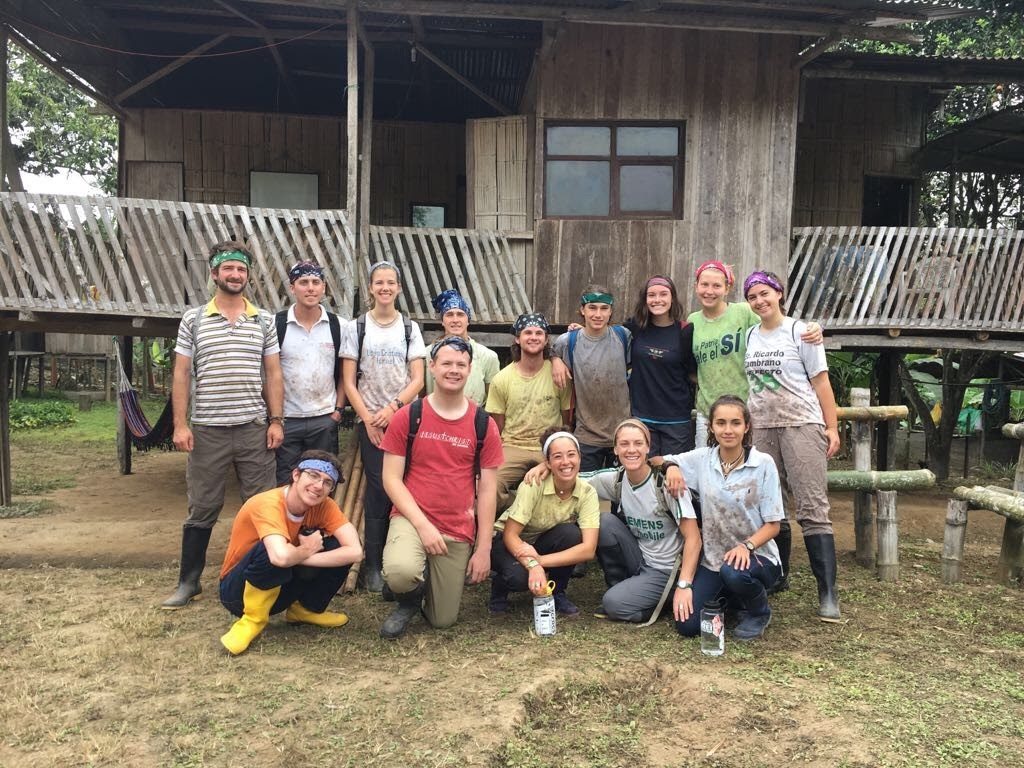 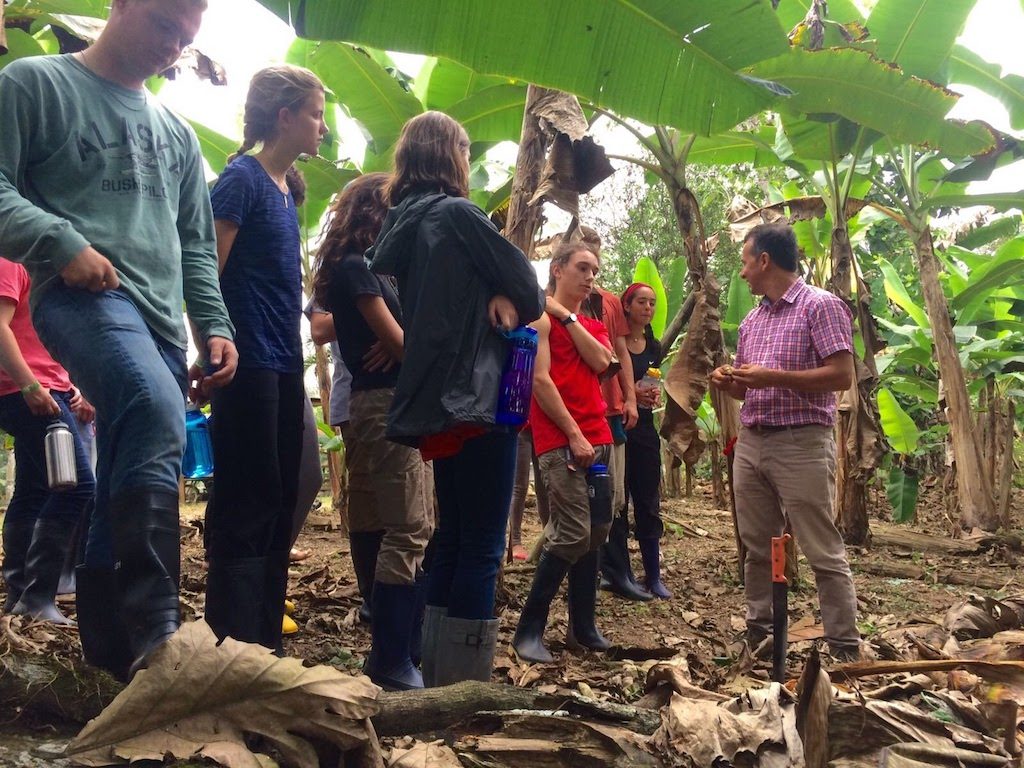 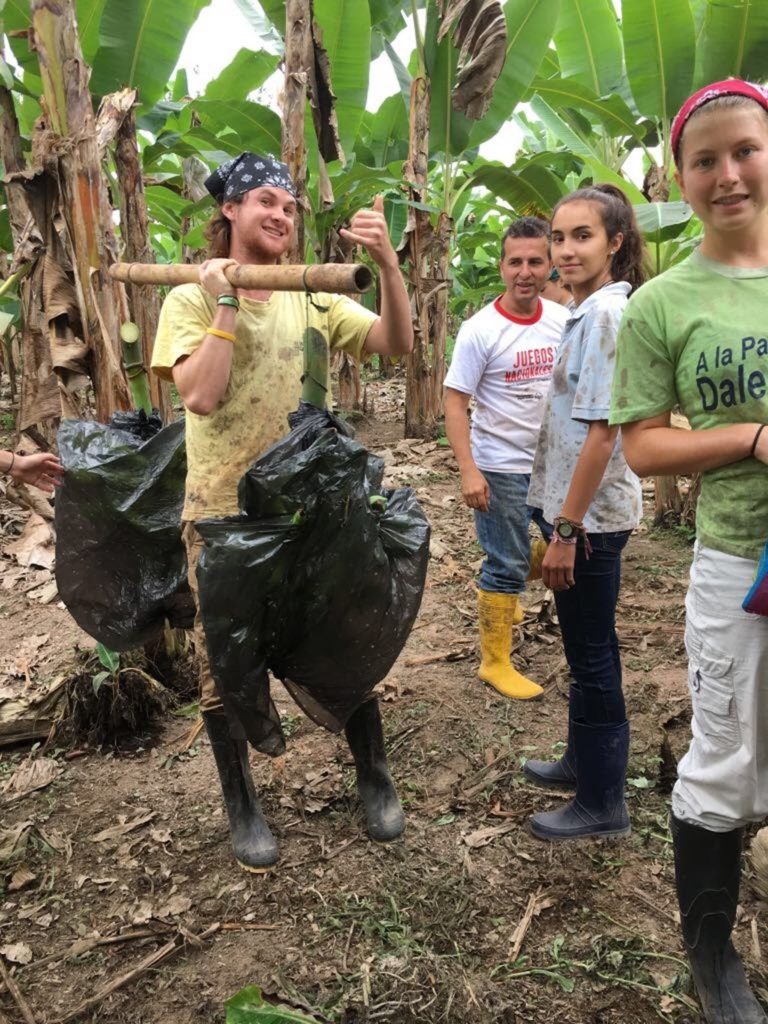 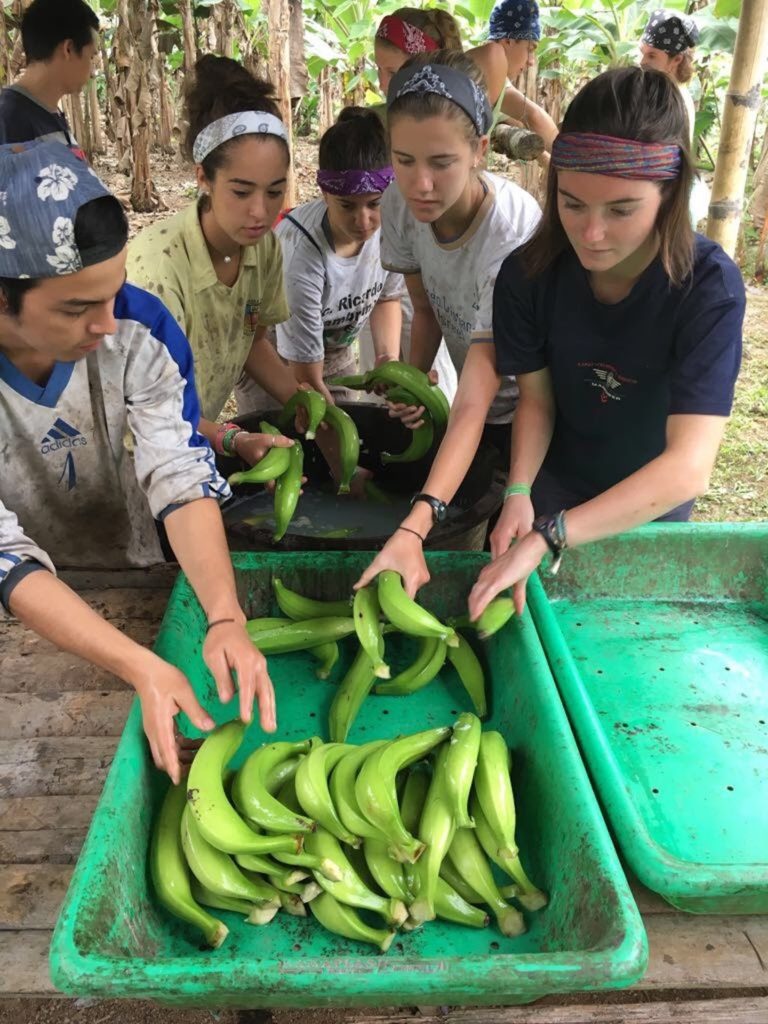 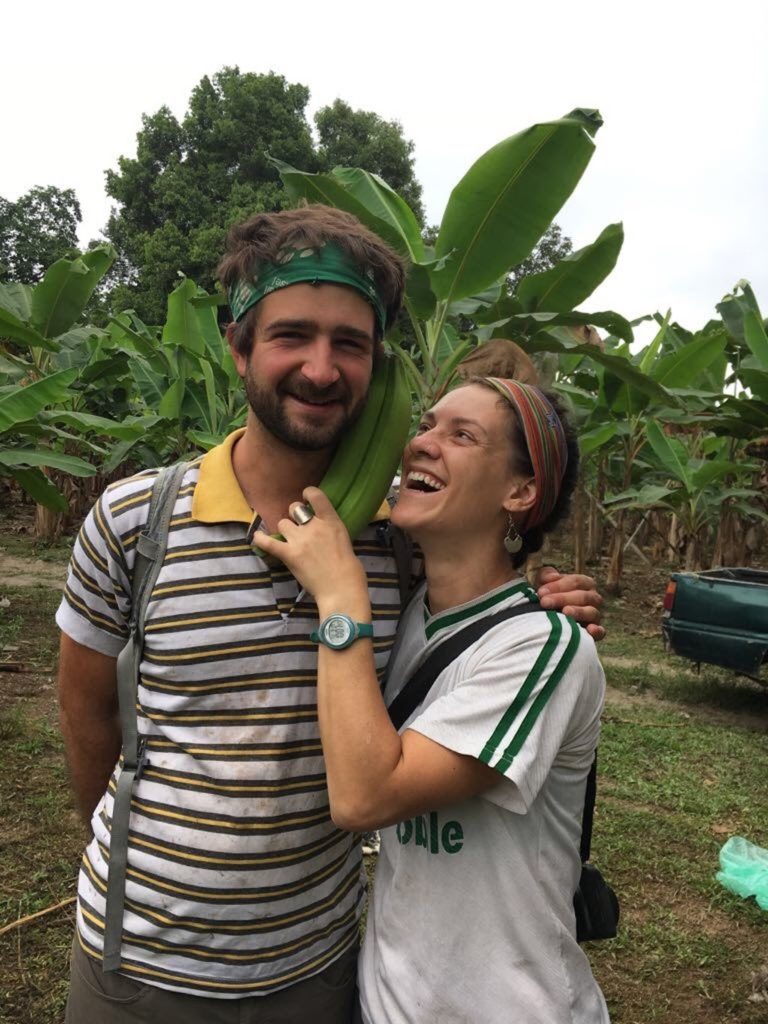 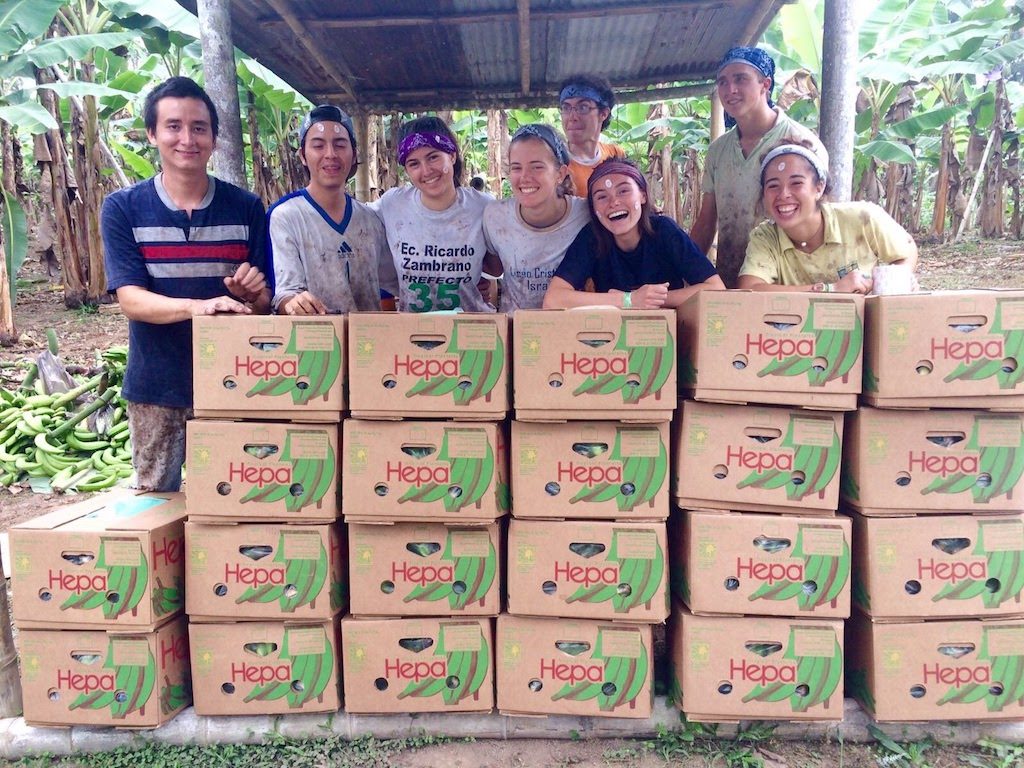 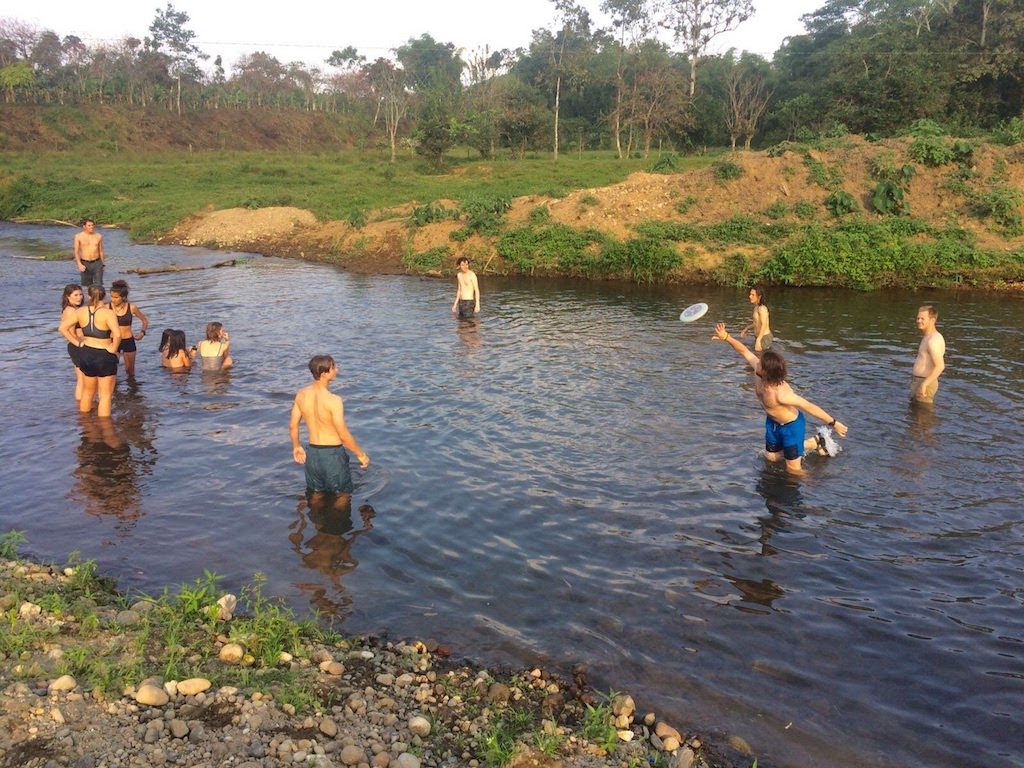 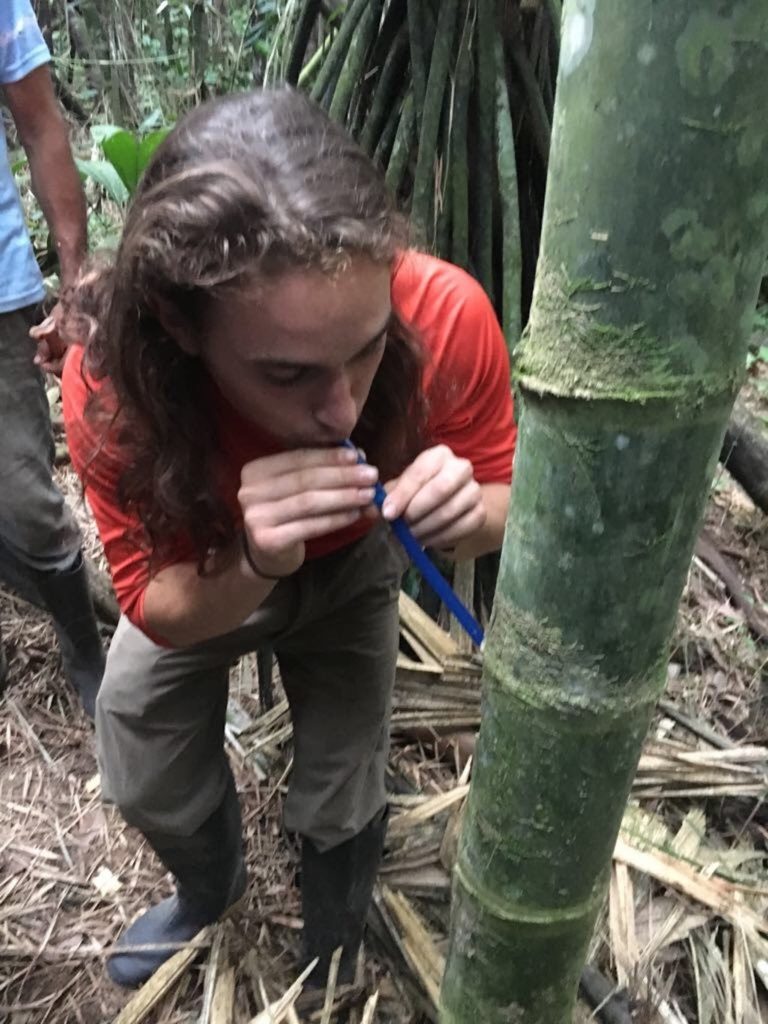 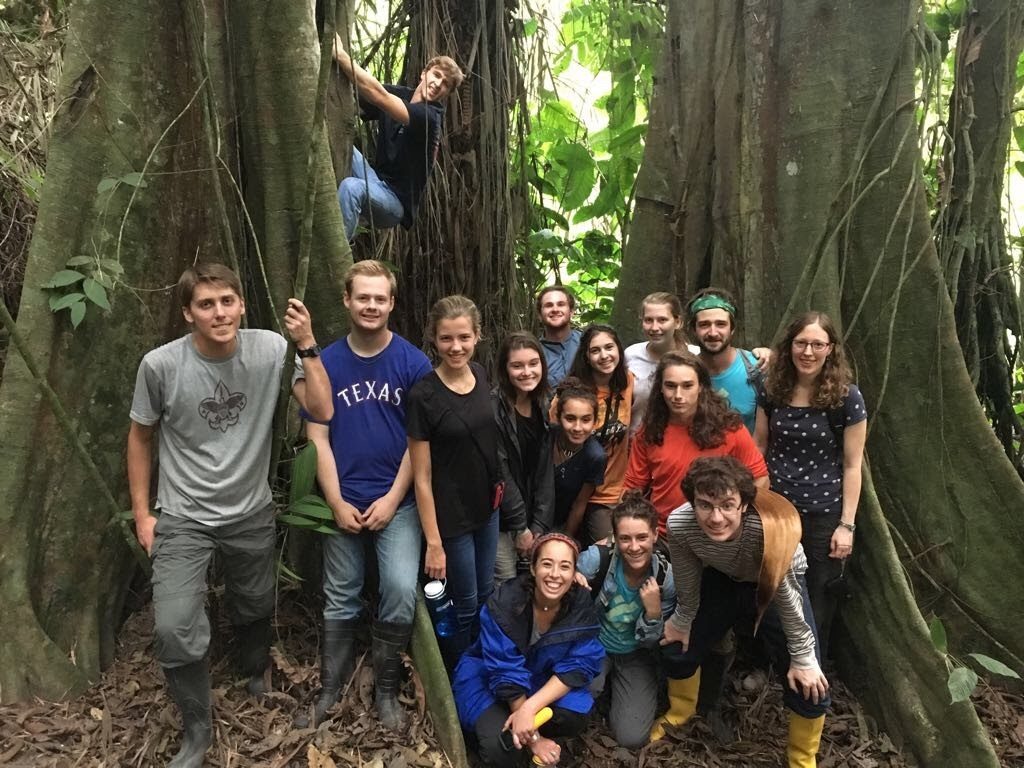 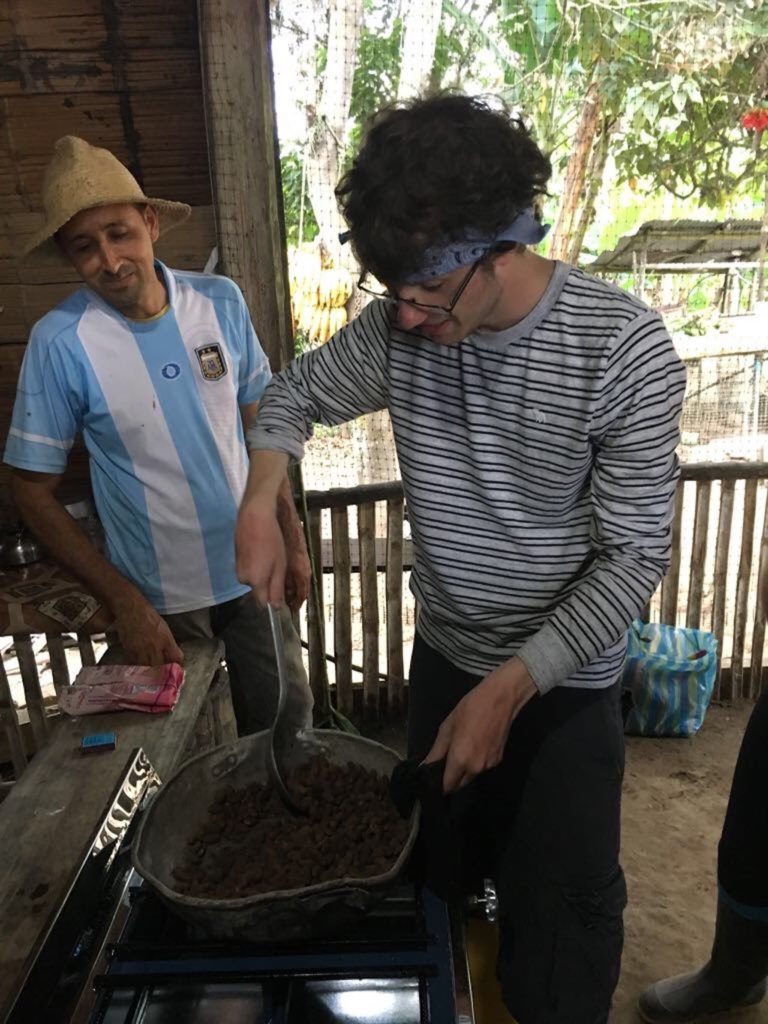 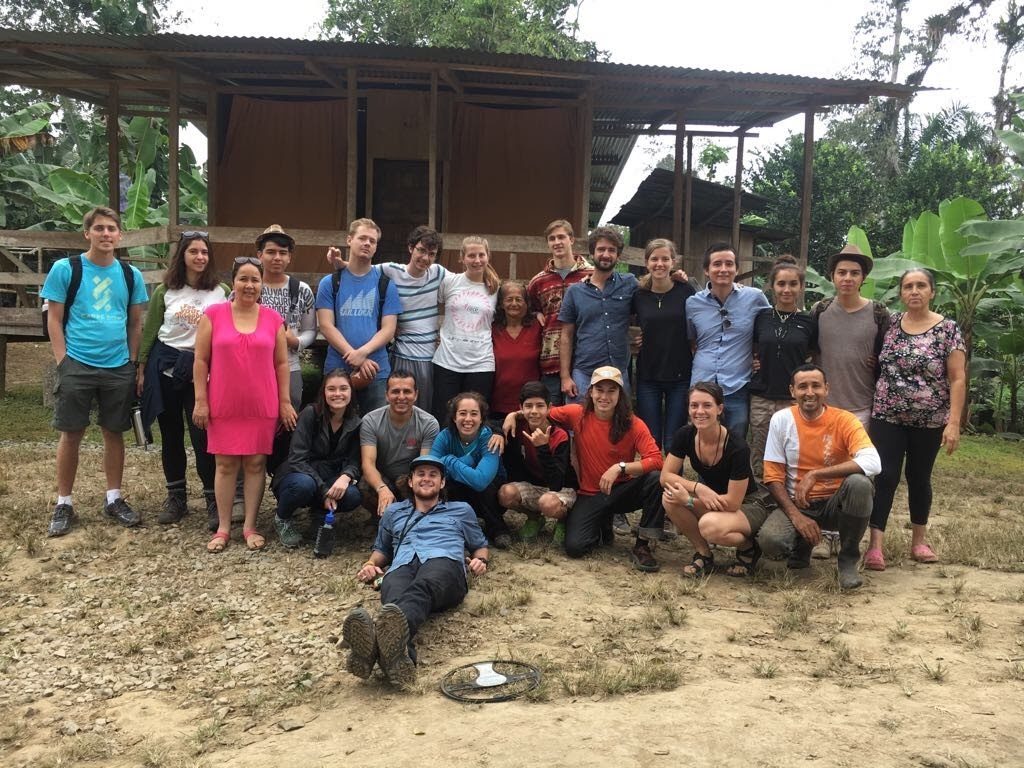