After a week practicing our coffee picking skills at finca mono verde we hopped on our 8-hour bus ride to Banos. we were all sad to leave the hammocks and the constant healthy competition for them but when we got to Banos we were all peering out of the bus in awe. The landscape here is mountains covered in jungle that drops to rivers.

On arrival, we met all the host families at the language school and in pairs we went to our new homes for the week. There were was some apprehension in the air but on the whole, we were excited. Dan and Laura came and checked on all of us that night and then the next day the group met up to go canyoning. We repelled down multiple waterfalls in some super stylish wetsuits and not so gracefully but it was “RAW” (Zenko, 2018). We bused back to Banos and decided to have pizza in one of the many Italian restaurants called papardelle in Banos. After that, we got another bus to La Casa Del Arbol to try not to die on the swing at the end of the world. We took the same bus home and went straight to a Protestant/Jewish church where most of us sing along to lyrics we didn’t understand off a powerpoint but everyone there was really getting into it which was different to most churches I’ve been to. One of the Spanish teachers was performing the flute there and he had invited us to come to watch him so it was a unique experience that we wouldn’t usually have gotten.

The next day we started our week of Spanish classes. The classes go from 9 to 1pm and then we go home to our host families for lunch before starting our volunteering at 3pm. There are two volunteer sites, one is an after-school problem at a public school that consists of 53 kids aged 4 to 12 in one room where 7 f us go around helping them with their various types of homework. The other is a private after-school program with 10 kids aged 5 to 12 where the other 5 of us helped them to learn English. From what I’ve heard from everyone they’re both hard, however, the former is definitely more chaotic. We have all learned a lot including to be grateful for the education systems we have access to.

On Tuesday after our full day of learning and teaching the whole 14 of us went to the public baths that are supplied by natural hot springs. Hair caps are compulsory and we all bought ridiculously colored ones, we got a lot of looks from the locals unsure if it was the caps or us being gringos or both but overall it was super rejuvenating hopping in and out of the hot and cold pools.

On Wednesday we took a break from lessons in the morning and got a double-decker bus to Palion del Diablo. We trekked up a hill to see the spectacular waterfall and some of us also went the extra yards and crawled through a tunnel to a platform where we were behind the waterfall. We got drenched but it was well worth it. As gringo-y as the double-decker bus was it was super interesting to see the city and landscape from higher up, seeing over peoples fences revealed all sorts of things like small corn crops in front yards. In the afternoon it was back to miming English to small children at our respective schools. After dinner one of the host mothers ran a salsa lesson which we got a very small grasp of but had a ball.

Tomorrow is our last day of classes here and we are going to go to a discoteca en la noche for daphnes birthday which is actually on Sunday which will be interesting, the next bloggers may get back to you on how that goes but I can’t promise anything

We are leaving Banos at 4am the day after that (Saturday) on a bus bound for Otavalo.

Until next time
-The Gringos via Eliza 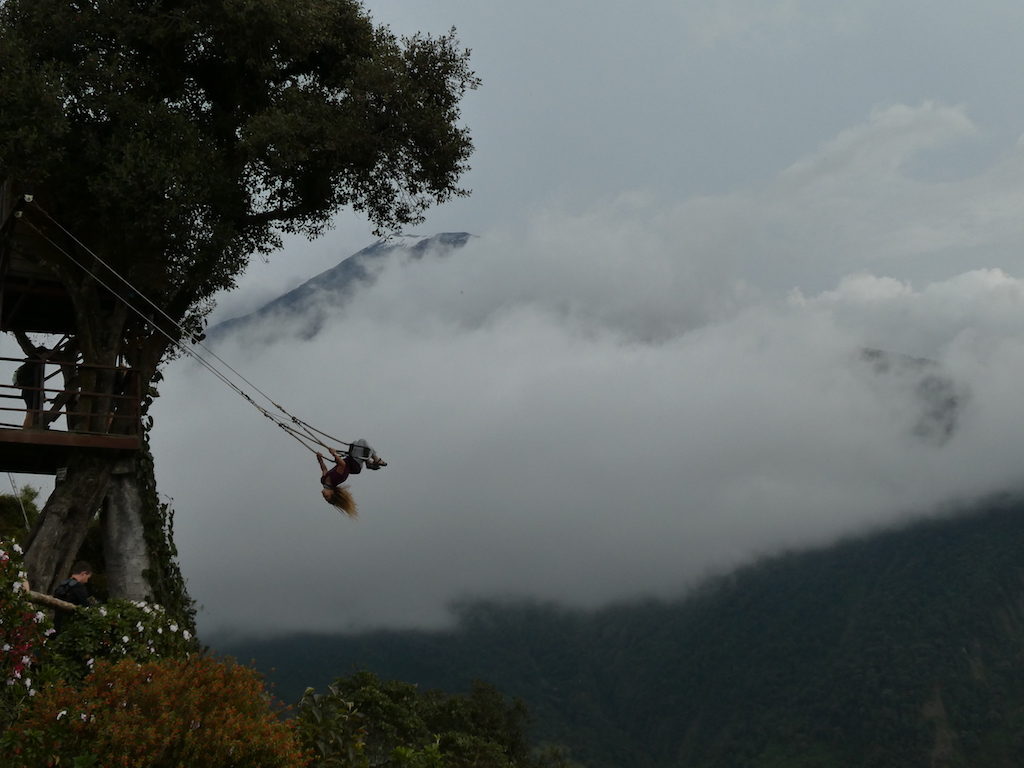 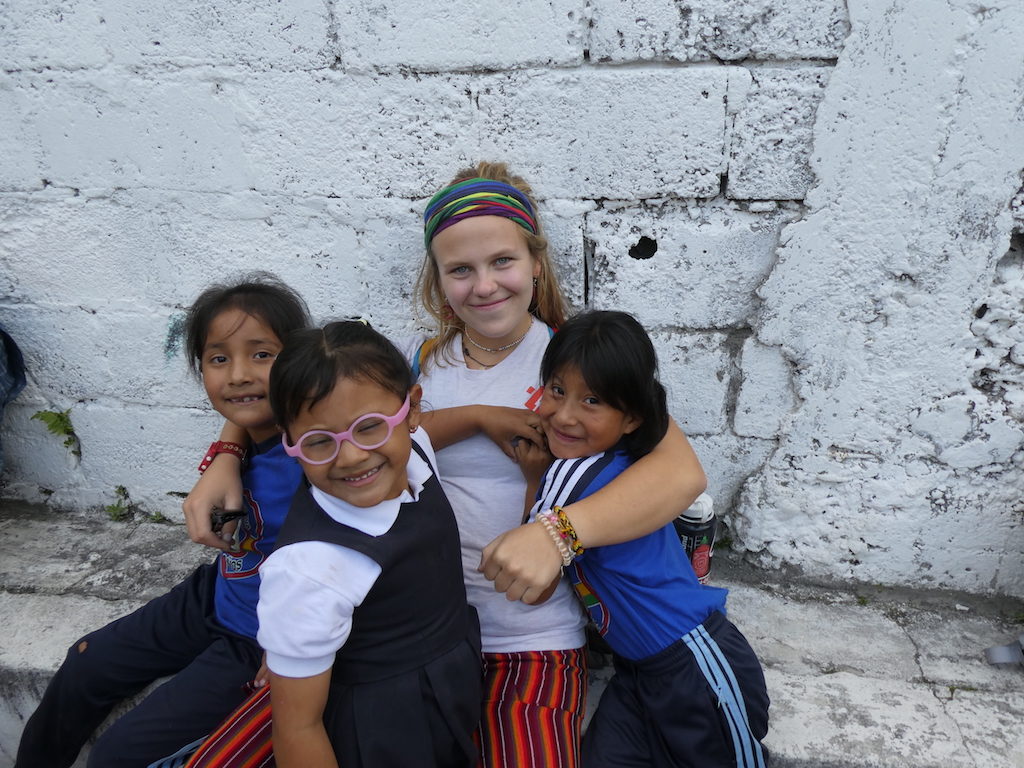 Working with the kids at the after school program in Baños. 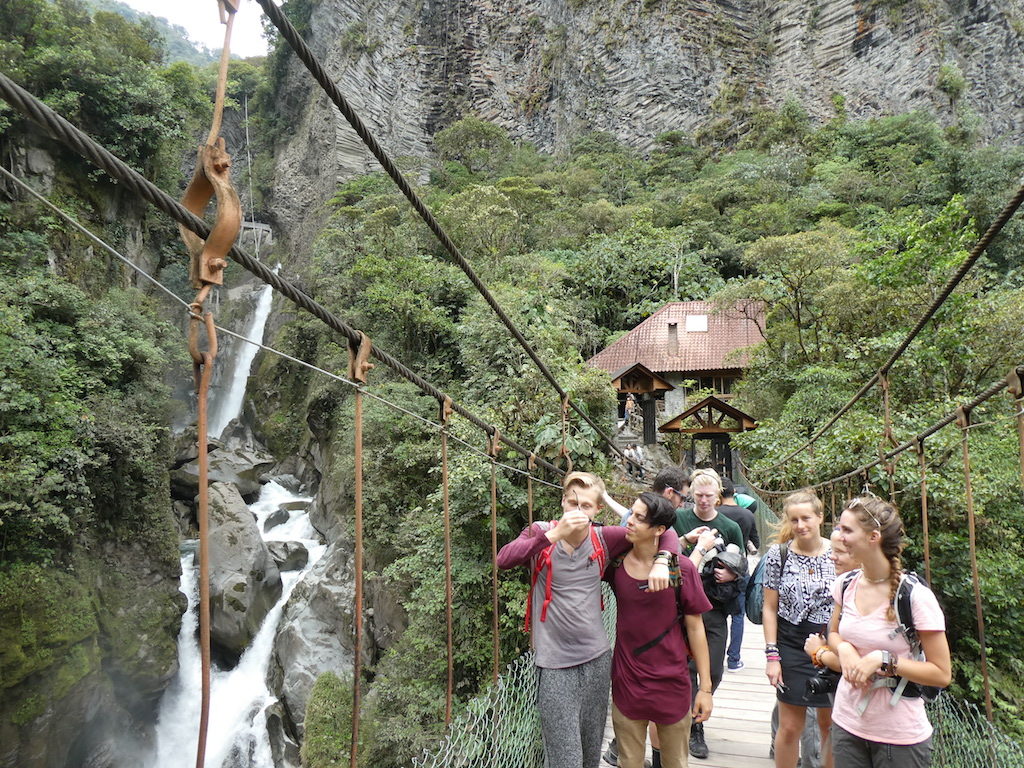 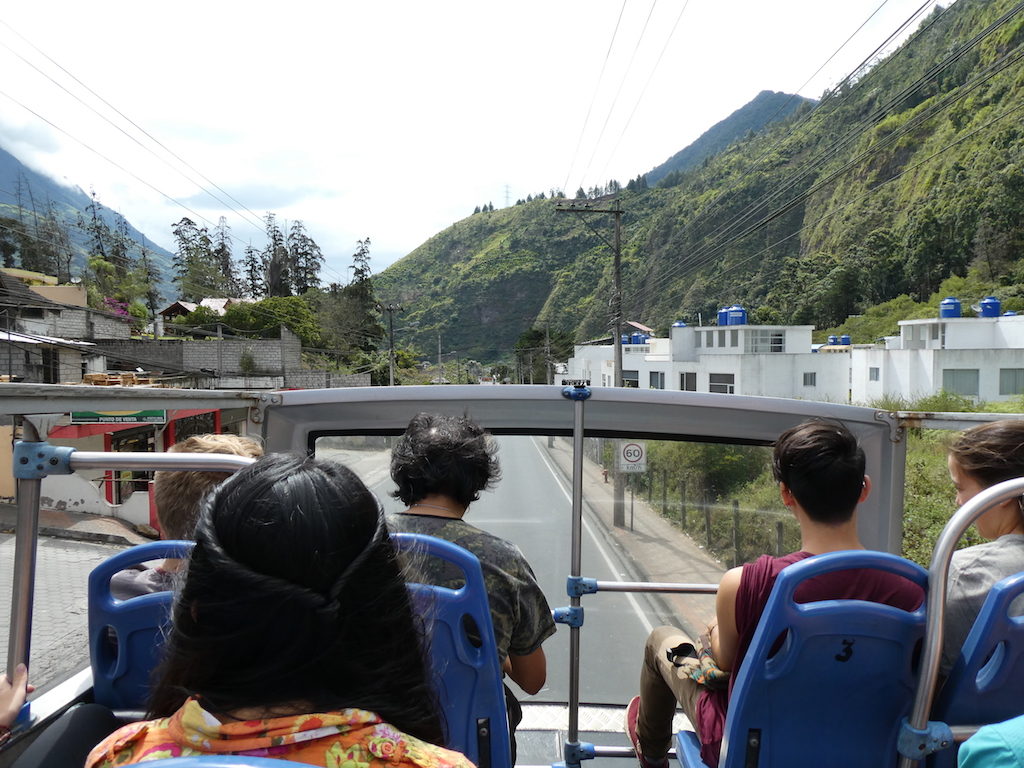 On the bus in Baños. 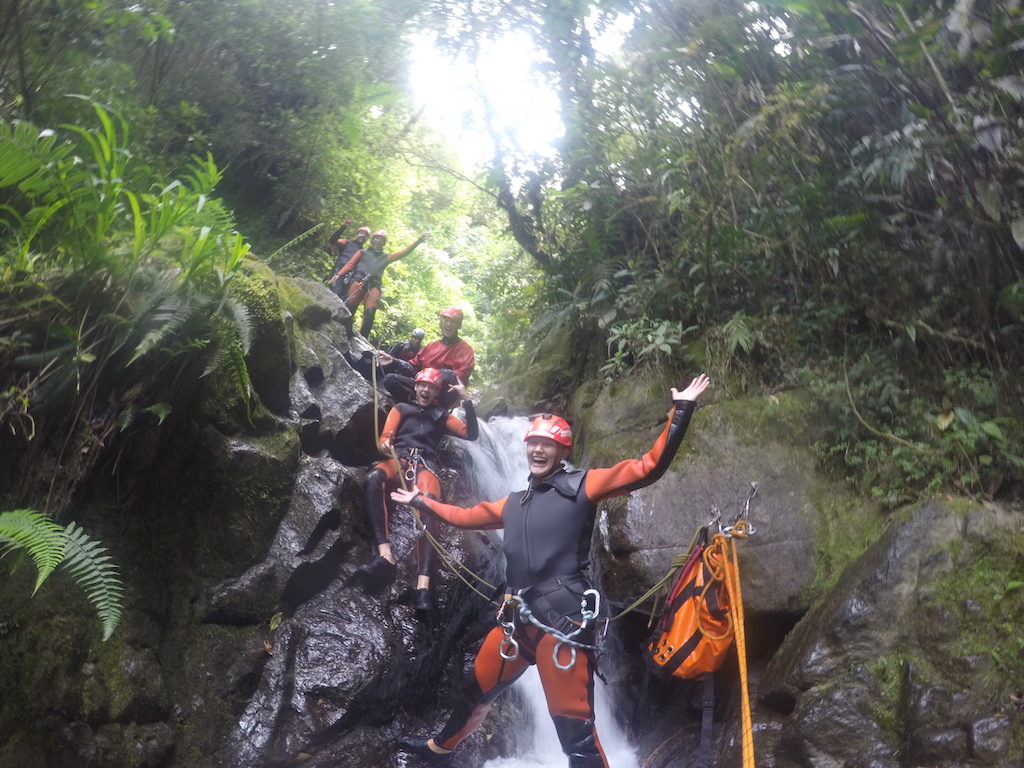