Due to lack of internet this blog is a few days overdue. I apologize for the delay but it’s Africa and really, what can you do in Ziwa Rhino Sanctuary with no internet? Watch the rhinos. C’est la vie.

Five weeks in Tanzania proved to be unforgettable and gave us all wonderful experiences. Though, after five weeks it was time for new adventures. So after a glorious reunion with Gwen in Dar es Salaam, the group was off to Uganda. The flight was a novelty after local Tanzanian transport with people shoved where there is no room. Compared to that, leg room and space for both backpacks was heavenly. Free food and drinks was even better. The movies were definitely a bonus. Needles to say, the two flights passed quickly and soon enough we were in Entebbe Uganda, and on our way to Kampala.

Immediately I noticed the differences between the two countries. Since Tanzania was nearing the end of its dry season, everything was brown. So the green nature that sprawled across Uganda was a breath of fresh air. Also, it quickly became apparent that Swahili was not as common here and since our group is hardwired to always say ‘Asante’, it was hard to make the switch back to ‘Thank you’. English is much more used here in Uganda. The city also seems to be more westernized though perhaps that may just be since Kampala is such a big city. People are always hustling and bustling. Crossing the streets here for the first time was daunting since it’s so much crazier than anywhere we had been in Tanzania. We spent two days in the city. We had a group excursion to the Gadaffi Mosque, the Ugandan national mosque. The girls were required to wear skirts and head wraps, the boys, long pants and everyone had to have shoulders covered. None of the girls were able to wrap our chosen material correctly except Gwen. Someone had to do it for us which was quite a sight for the others to witness. The mosque itself was stunning. There was a tower that provided a view of the entire city which was absolutely breathtaking. Then the next day, it was time to head off to our next service project.

Ziwa Rhino Sanctuary is where 15/17 rhinos in Uganda are held; the other two being in the Entebbe zoo. Being so close to the few rhinos in Uganda was amazing and it was unbelievable. Before we came, our now ex Simba, Eric, kept telling us horror stories of how it wasn’t even up to Gwen’s standards. So, we all (except Eric, Gwen and Matt) went into it with very, very low expectations. Yet, it turned out to be the nicest place we had stayed so far. The beds were like hotel beds, giving very nice sleeps. There was a pool which was always heavenly after volunteer work where we finished sweaty and hot. There was also dessert, yes dessert. We were sad to leave the niceness of it all. Even if there were spiders and lizards in the room.

A typical day at the sanctuary consisted of one activity in the morning, one in the afternoon and then two nights we had patrol. One was frog patrol which was looking for frogs in the swamp. Also, with a bit of python track observing. Then the other was night foot patrol which was walking 8 km in the dark. The normal day volunteer activities would range from rhino tracking, animal track identification, problem plant removal, road maintenance and looking for the shoebill crane and lizards. Then on the last day we spent the afternoon in the one sit school. There was two separate groups. Eric, Matt, Nikolle, Sarah and I were in one and then Dayle, Gus, Gwen, Chris M and Kristian were group two.

One afternoon, we were waiting at headquarters in the truck waiting to go back to base camp and three young rhinos were meters from the truck. It was so cool to be so close to the animals. In the week that we were there, I learned so much about them. It truly is saddening how valuable they are in the poaching market and for such stupid rhinos. People will use the horn for knifes, good luck charms and Viagra. It’s ridiculous that an animal’s horn would fetch millions of dollars. The rhinos are so prehistoric looking and beautiful and I wish they weren’t so valuable. The sanctuary doesn’t have a problem with rhino poaching yet because there are so few and they are constantly tracked. However, they anticipate that once there is a larger number that poaching will start to occur. It’s awful that they are already thinking about that but they have to with the value placed on the horns. Hopefully, people become more educated before the sanctuary grows large enough to have poaching as a real threat.

The first rhino born on site was named Obama since his father was Kenyan and his mother American. Everyone though it was hilarious; the Americans more so than me. The plight of being the lone Canadian on the trip. There was serious thought of buying the Obama rhino shirts in people’s mind but no one ended up following through. Perhaps that’s for the best.

At the end of our time at the sanctuary we – or at least I – were not sick of rhinos like Gwen had previously said we would be. I came out more knowledgeable and with an even bigger appreciation for the animals. I can’t speak for the entirety of the group but I know that the majority of us were very much looking forward to the sanctuary and it surpassed expectations. Or at least mine. After sitting in the bed of trucks for a week, I came out bruised and battered with no need to ever sit in the bed again. So Gwen was right about me getting sick of something. Not the rhinos but truck beds.

The sanctuary was amazing. I honestly don’t even know how to truly describe it. But it was unforgettable and I’ll always be able to brag about it and smile.

(The first picture is courtesy of Natalie. The remainder were sent in by the leaders Gwen and Matt!) 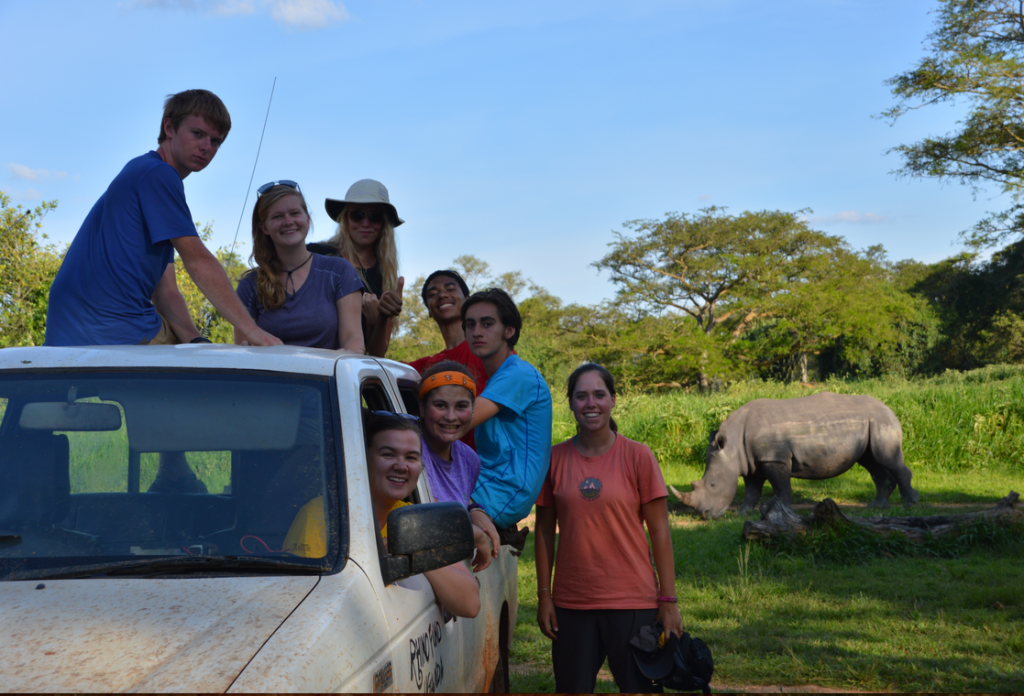 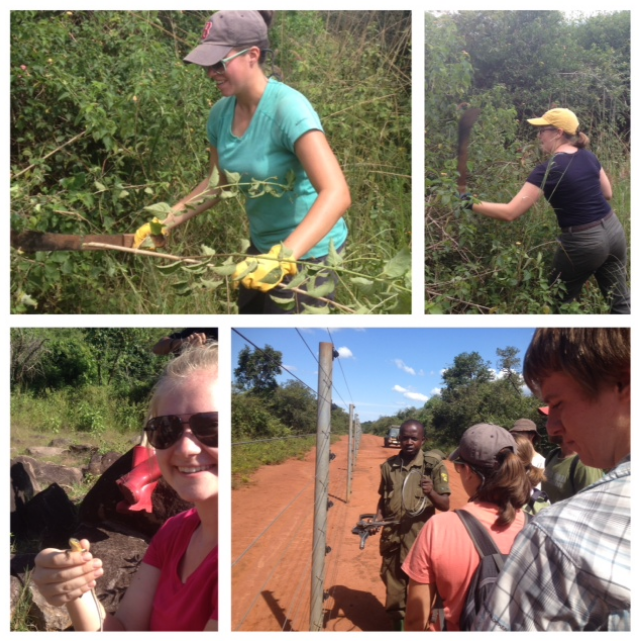 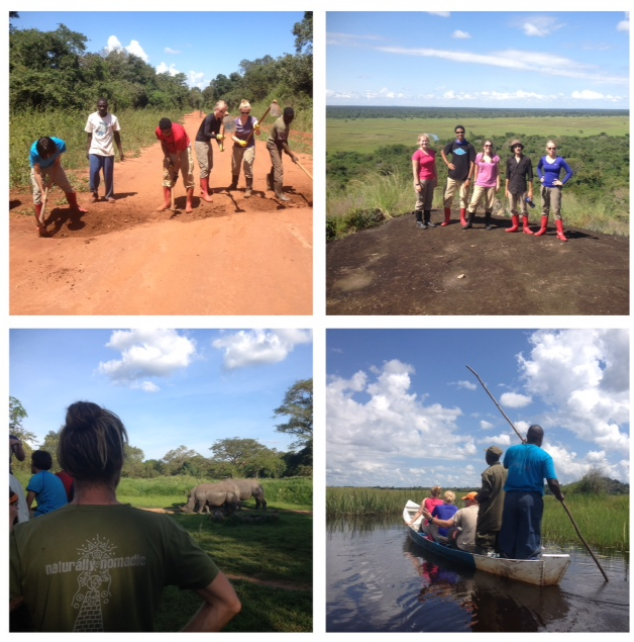 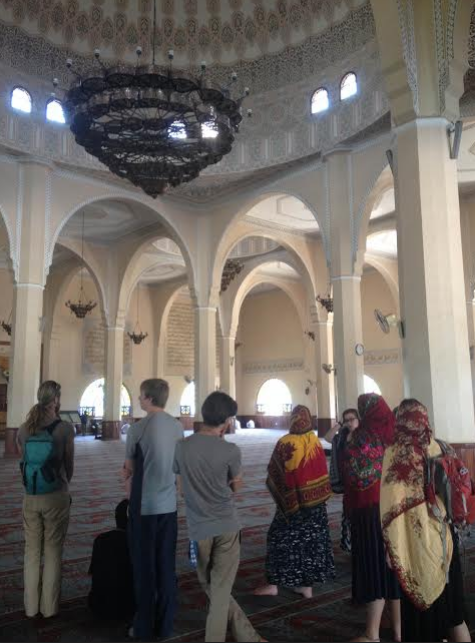 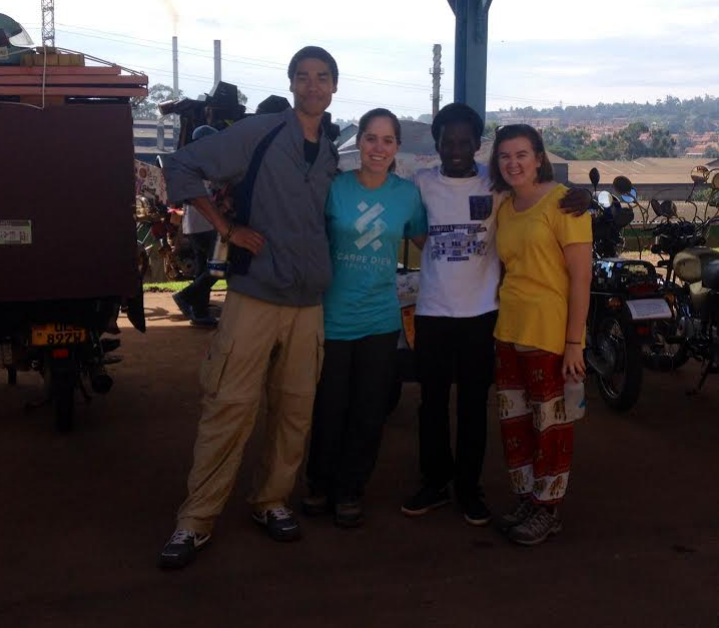