By Veda and Adam

After adopting Bula into our everyday vernacular, it became easier to add other Fijian words as well. One of our of guides, a Fiji native named Villi, gave us a crash course on many other everyday words and phrases. We did this before we left for our Fijian homestay, so when we did arrive in the village, we would be comfortable and confident in our use of the language, showing the people who were so kindly taking us in that we respected their culture and language, and were eager to learn more of it.

Jilo, pronounced “Chilo”, was first introduced to us as we found trouble in pushing through the packed streets Sigatoka upon arrival in Fiji. In the village, however, it was much more important to utilize especially around the chief and elders. Jilo means excuse me and its largely a sign of respect for those you are around. Suli, our village guide—and eventually close friend—presented the Kava root on our behalf to the chief, asking permission for us to stay among his people and in their homes. Jilo was important to say as you walked in front of the villagers’ faces and as you made your way back to your spot on the ground to sit. We were told how in Fijian culture, the head is seen as the holiest part of the body. It is the connection to all that is spiritual and powerful. By the end of our stay, the villagers would say jilo as they passed in front of us as was a sign of their respect and our formed friendships.

Along with bonding with our host parents, who we called Na and Ta, there were children all over the village for us to interact and play with, even if there were none in our own home. Sega, the universal, and Kua the local dialect means no. Having at least ten small children running around constantly in a village where your stuff is also their stuff, Kua was one of the most utilized words by the end of the stay.

As we reached the end of our village homestay, one word, in particular, crept upon us. We had used it previously when saying goodnight, but its other primary meaning was goodbye—Moce, pronounces mothe. Our last night, the villagers prepared a special dinner for us, we got dressed in traditional Fijian clothing by our families and sat among the entire village. Following the meal, they prepared a large kava ceremony as our final goodbye. For our introduction ceremony, we clapped twice and said “Bula!” But this time we clapped and said “Moce” signifying a goodbye to our village families and friends. The next morning, after the villagers sang us a beautiful farewell song, we waved out the back of a covered bus at faces we may very well never see again. The final farewell was solidified in the fact that Moce would be a word we are unlikely to ever say again, and in that way, it meant more than just a goodbye. 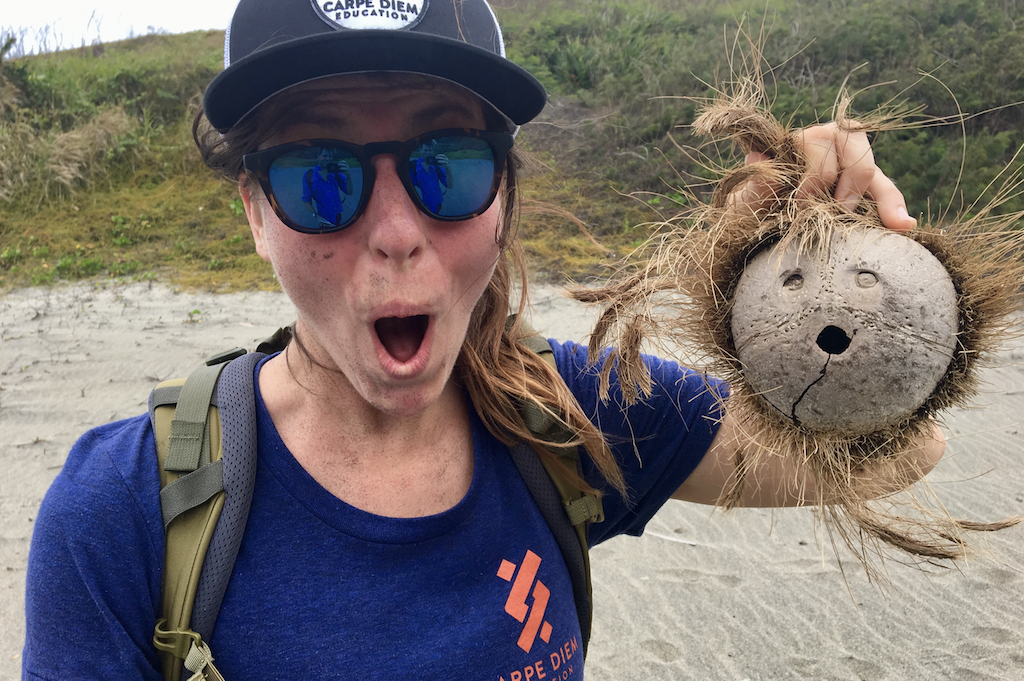 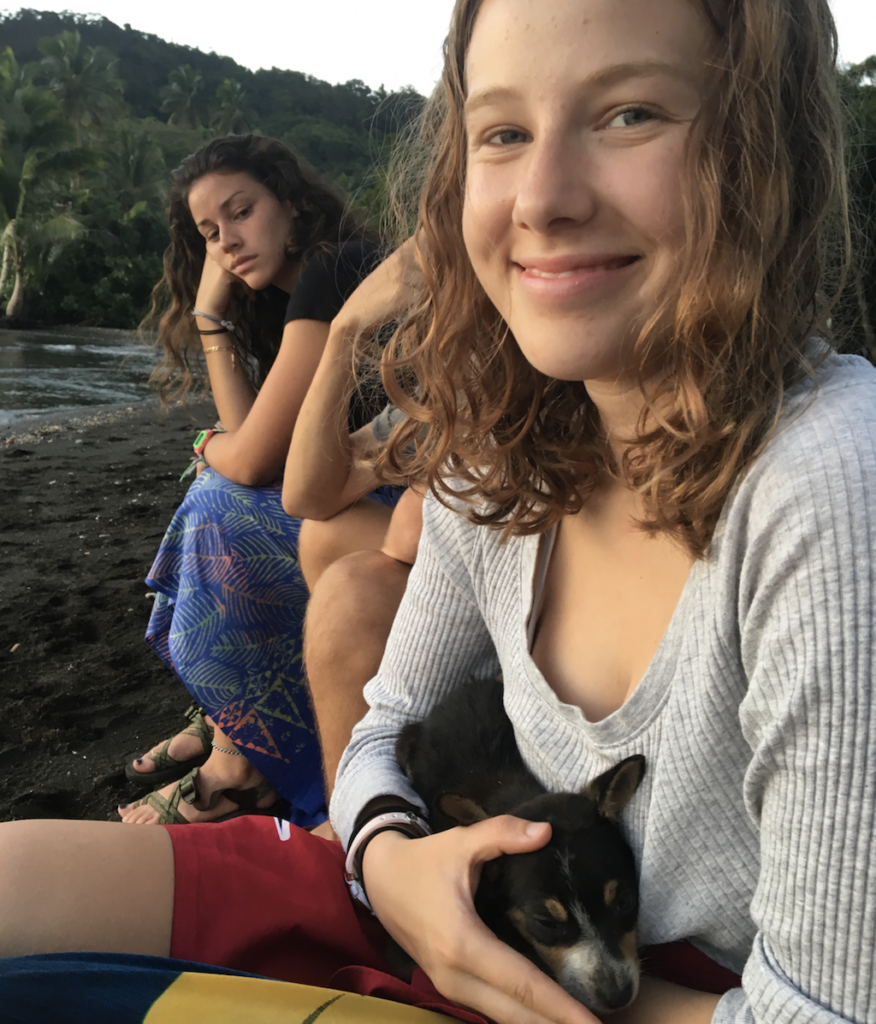 Rachel and her puppy friend. 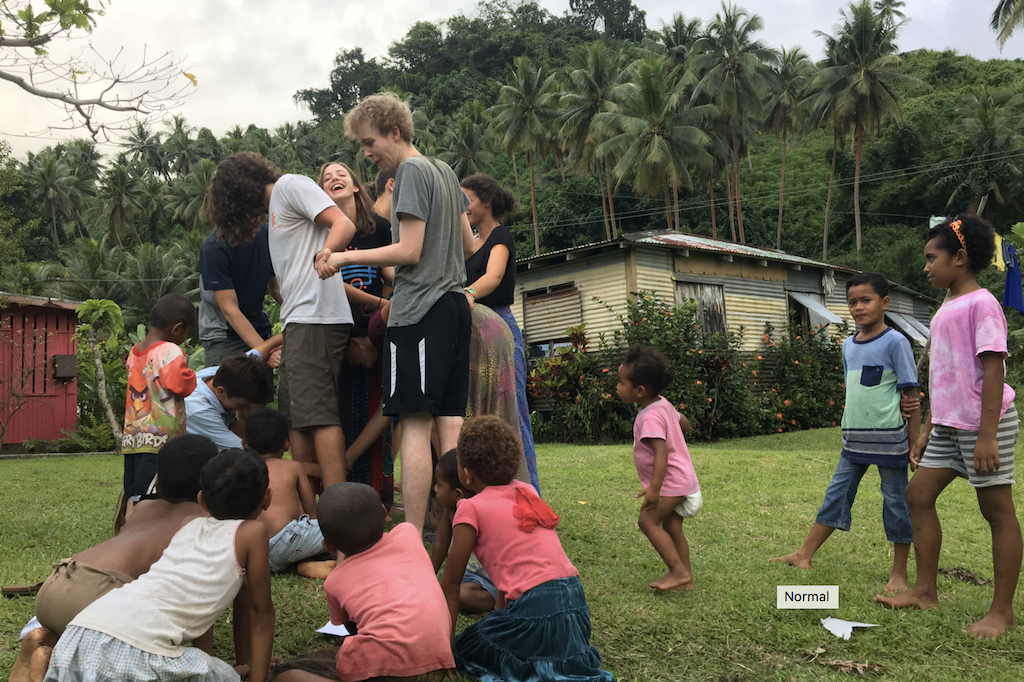 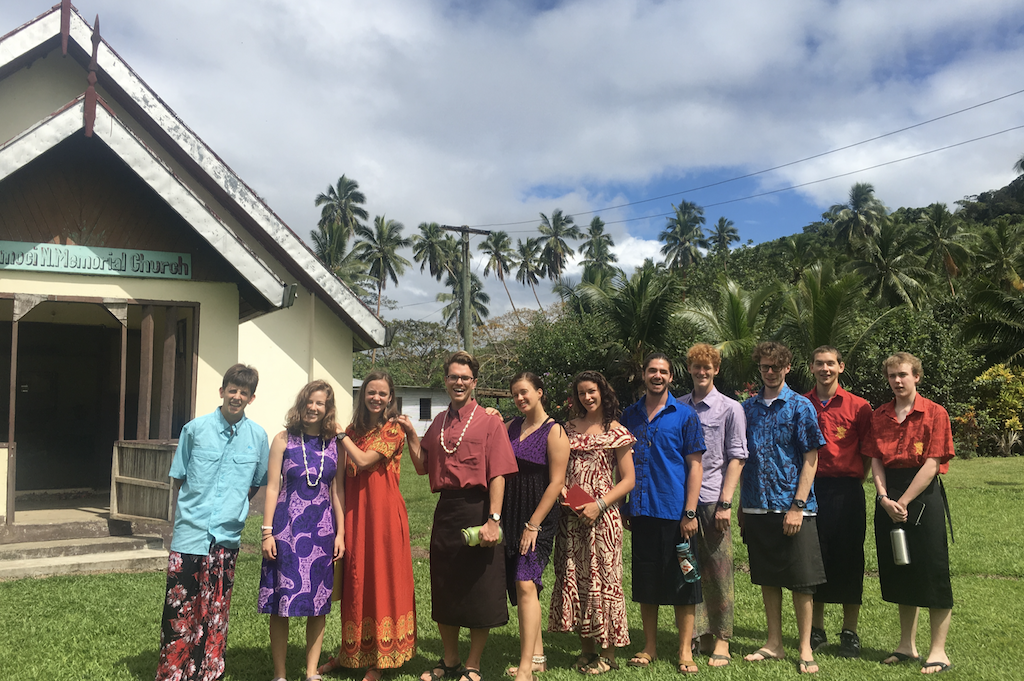 Decked out in our Sulu Sunday finest, courtesy of our families, ready for Sunday church service in the village. 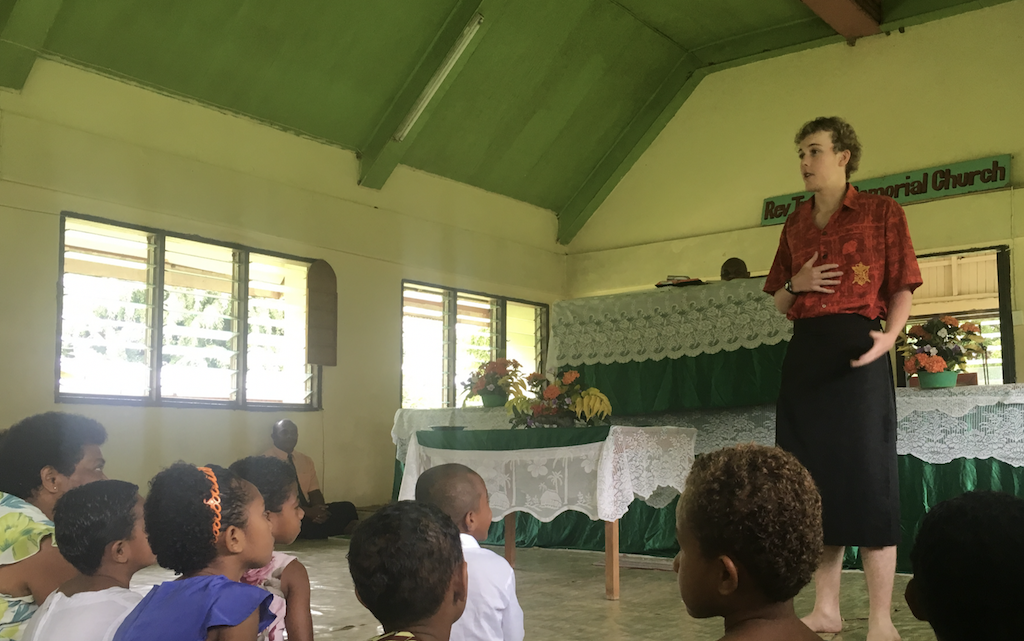 Luke thanking the village for their hospitality during Sunday church service. 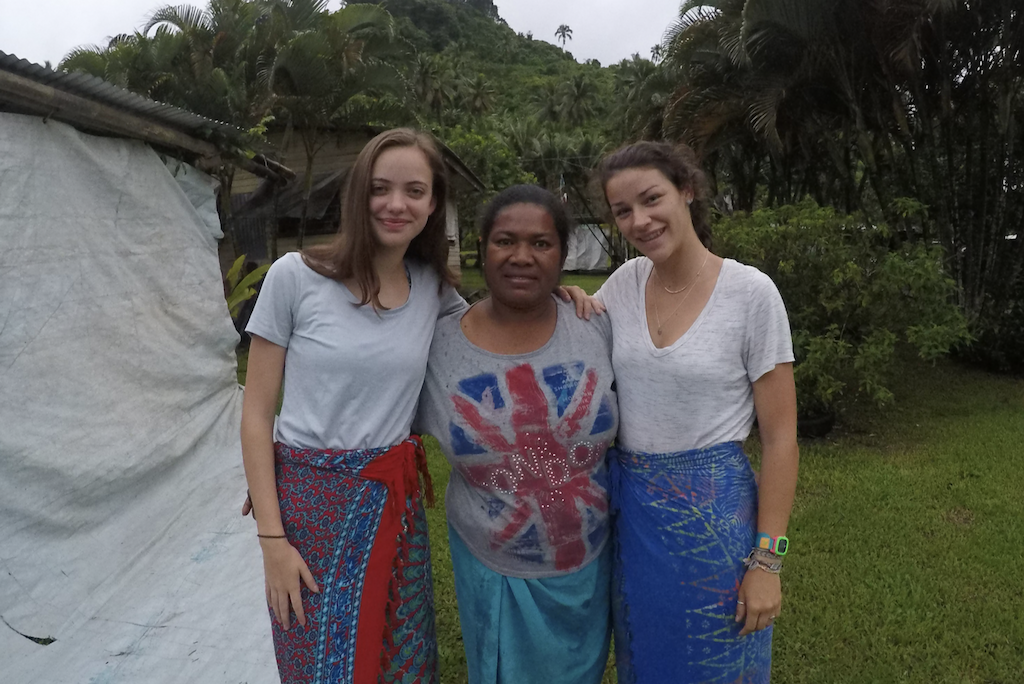 Marin and Daisy say goodbye to their host sister. 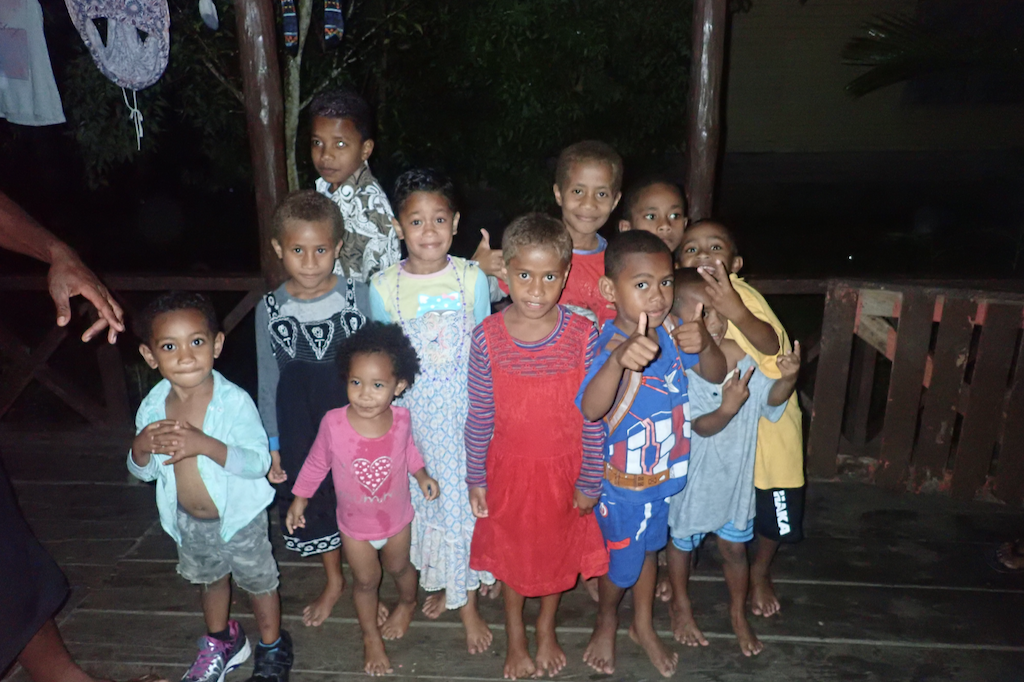 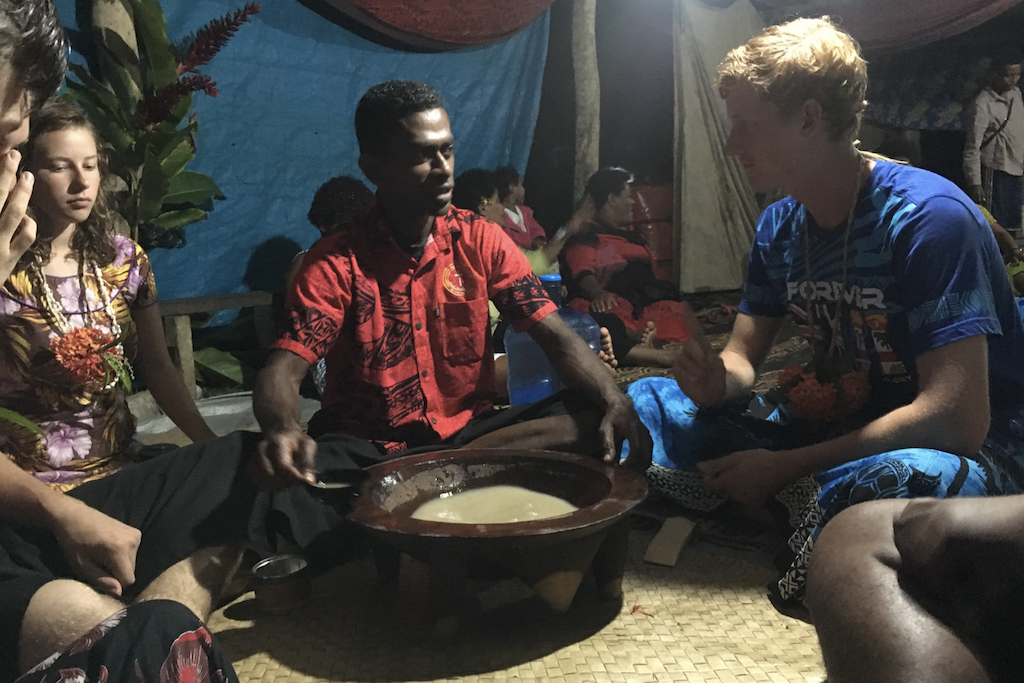 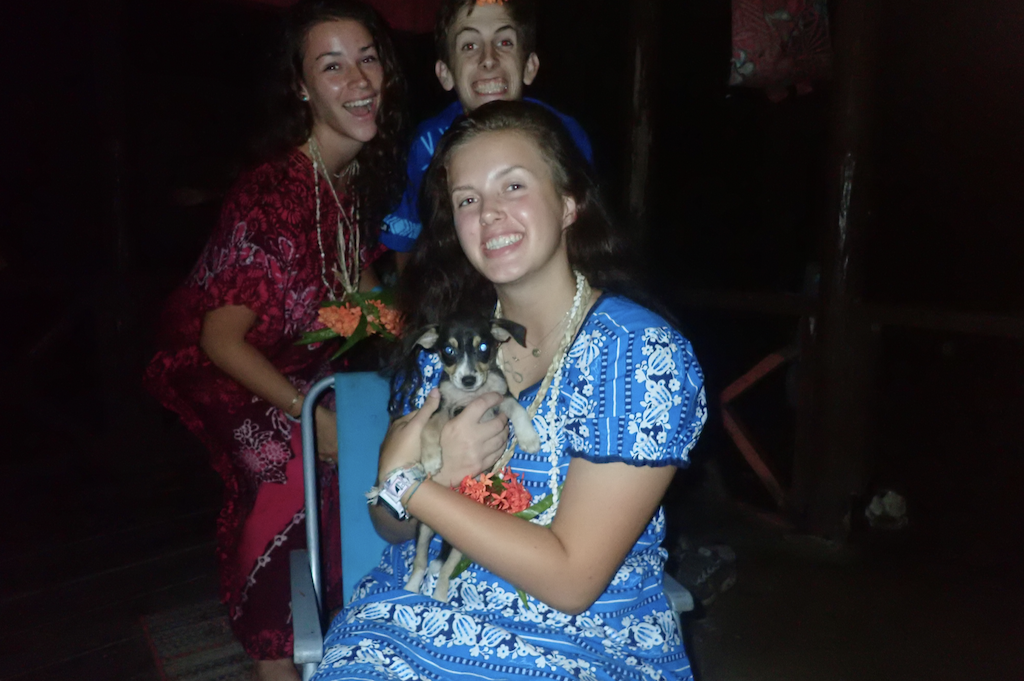 Daisy, Park, Veda, and Dez ready for our last night in the village. 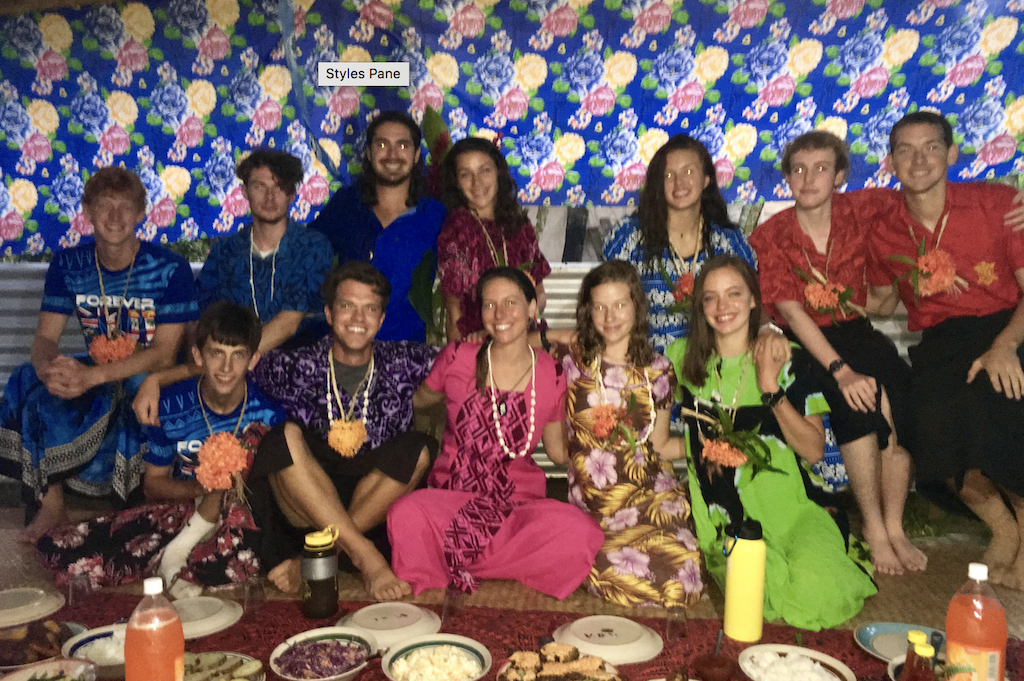 Our final Fijian dinner in the village, dressed up by our families. 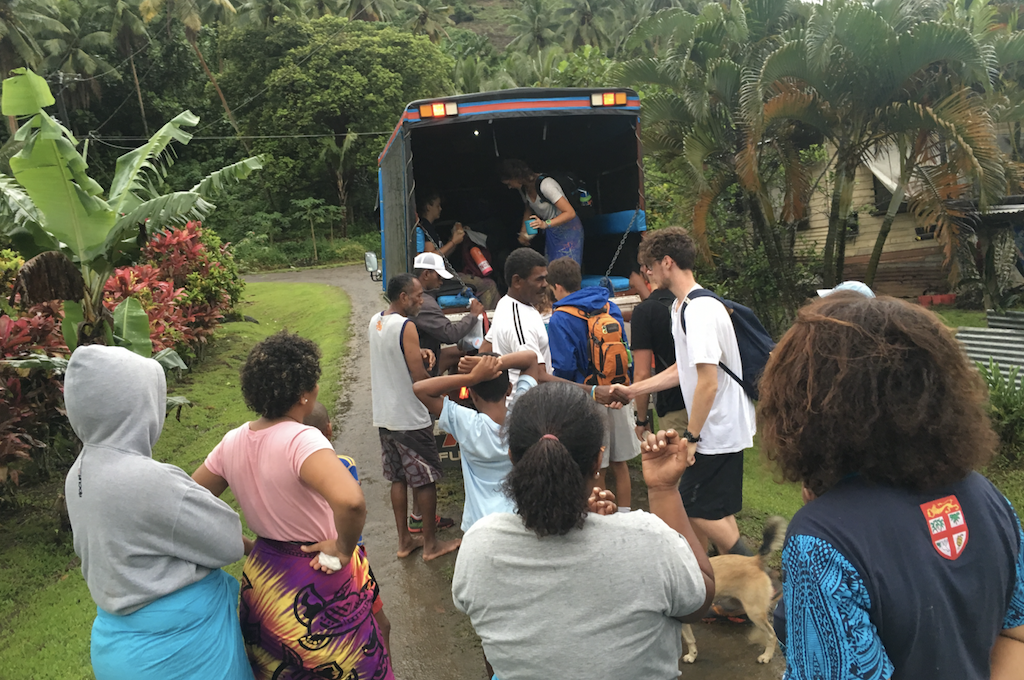 Saying “Moce” to our Fijian family and friends…loading back up in our carrier and heading off to our next adventure in New Zealand!