I espère you daaaaaaance (with Rwandans)!

By Madeline and Jamie

KIGALI. NYABAGOGO STATION. 3:17 PM. We emerge into a sea of persistent and perspiring taxi drivers. As our butts are slowly recovering from the drive and our stomachs are crying for the pizza party to come later in the day, we skillfully navigate our way to our hostel.

We were greeted by paved roads, traffic lights, and newly developed buildings – a drastic change from our experiences in Uganda. Our first day was spent enjoying the luxuries of Kigali and preparing to learn about the Rwandan Genocide the following day. While we expected this to be an emotional day, we had no idea what we were in for. The morning was dedicated to learning about the details of the genocide at the official Kigali Genocide Memorial and Museum. From walls listing the names of the victims to a room full of stories of children affected by the terror, we each got the chance to reflect at our own pace and in our own way. Later that afternoon, we visited Nyamata Church and witnessed for ourselves the ruble and remains of some of those massacred in 1994. With heavy hearts, we headed back to town. However, our unexpected mode of transportation (bicycle taxis) helped lift our spirits. The next day, we took time to discuss, reflect, and process as we prepared for our week at Lake Kivu (a name shockingly close to Jamie's mother's!).

Bonjour, L'Esperance (translation: hope)! After a winding and dusty bus ride through the mountains, we arrived to a sort of paradise among the hillside above Lake Kivu. Our accommodations, along with the views, were in TENTS. We spent our first day learning about the organization's history and the direction it's moving towards now. Before the Rwandan legislation to abolish orphanages was enacted on December 31st of 2014, L'Esperance operated as a haven for children in need. It was on its way to becoming an oasis for innovation of green technology and sustainability – they were even going to invent the world's first Kivu cheese! However, these projects were put on hold after the legislation passed, and L'Esperance was forced to seek a different mission. Today they are transitioning into becoming a home for teenage victims of rape and their babies. There are currently thirty girls and twenty -six babies (some still expecting to arrive), and they are all remarkable humans. Working alongside the girls this week, be it cultivating pineapple fields or pruning a eucalyptus forest, touched all of our hearts in unique ways. Most nights were spent learning locals songs and dancing until we were entirely drenched in sweat and our cheeks hurt from smiling. None of this would have been possible without the generosity and kind spirit of our dear friend Fanny, a young agricultural worker at L'Esperance. In addition to spending time with the girls and their babies, we repainted the organization's hillside sign and explored the nearby village, including a dip in the lake and a trip to the market. Some of us also had the opportunity to edit the girls' life stories alongside the director, Prince. His own story of survival through the genocide made the history of Rwanda feel so real for us. As one of five survivors of a 10,000-victim massacre, he embodies the resilience of the Rwandan people. We wound down from these days by gazing at the stars from our sleeping bags, enjoying spirited bonfires, and even going for a midnight swim.

L'Esperance provided such a special experience for all of us, and it's safe to say that we each left a piece of our hearts and feel that we could never give as much as we gained from this organization. We're so excited to move forward and face the challenges and joys ahead of us during our homestays in Morogoro, Tanzania! 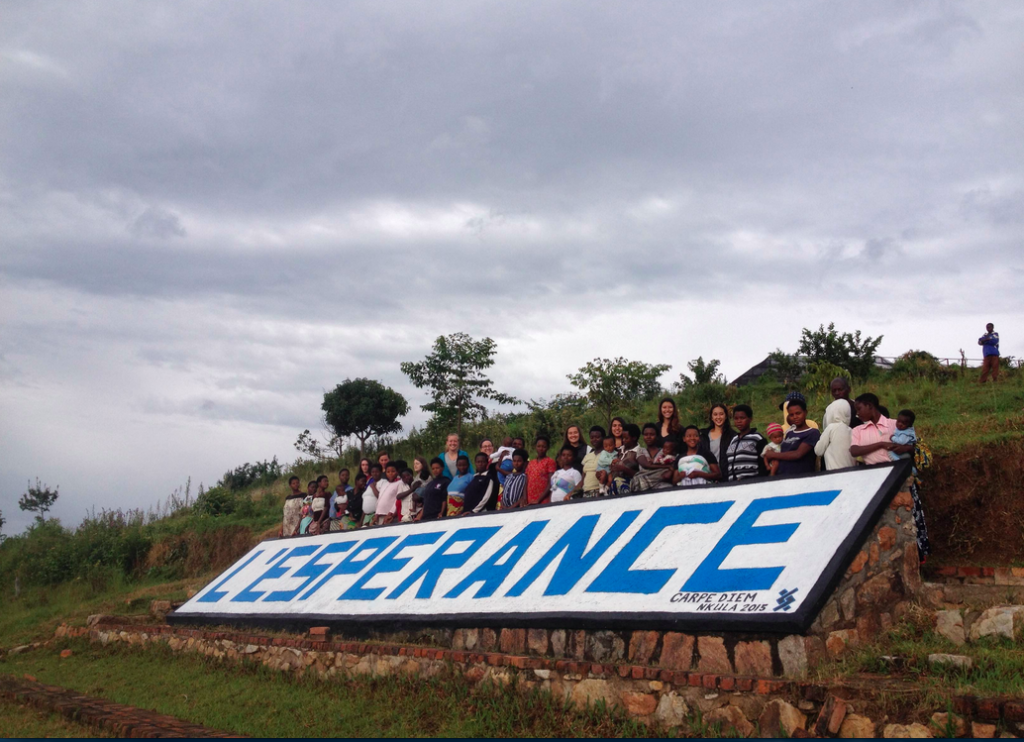 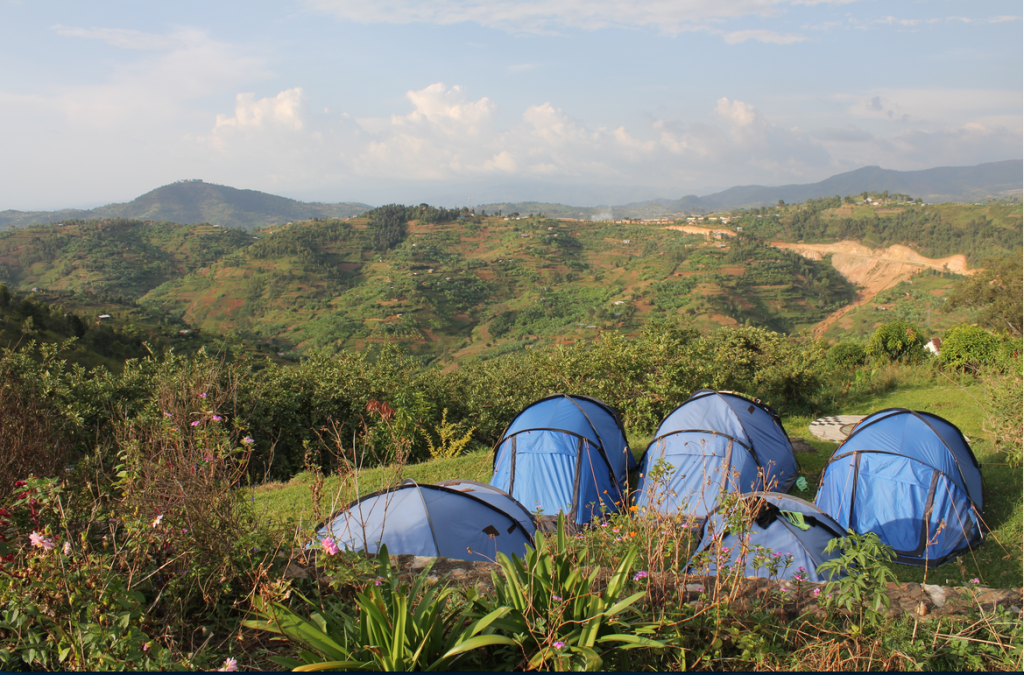 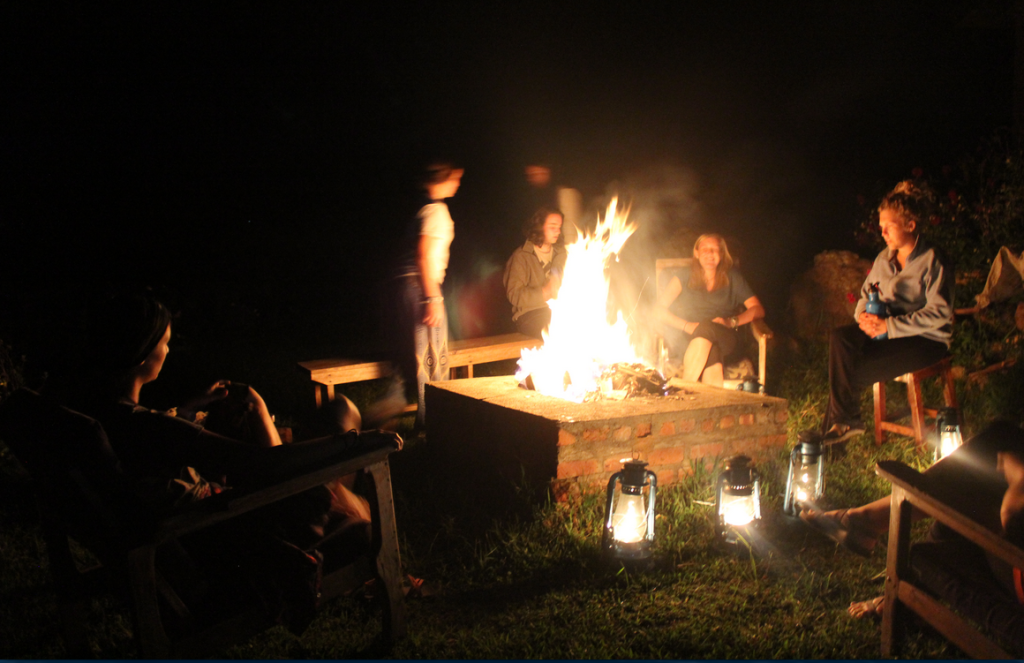 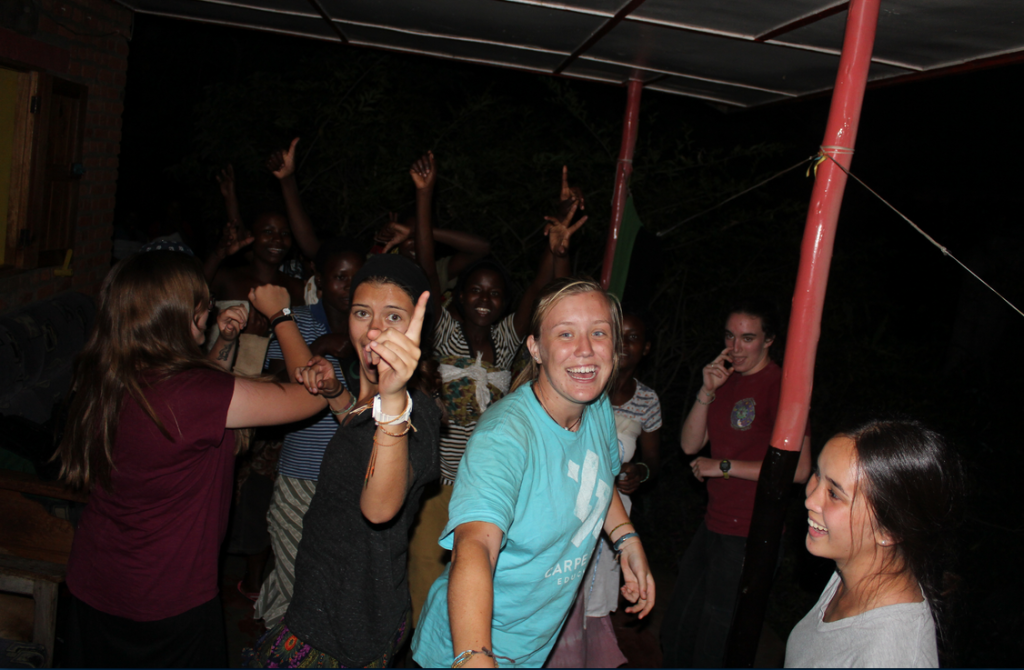