Onward to Australia and CVA!

G’day from the Koro Crew!

To introduce ourselves to our new home for the month, Australia, we explored and worked in endangered habitats with the wonderful people at Conservation Volunteers Australia (CVA) in Newcastle. Our job for the week was to remove mangrove plants and seeds for the purpose of increasing the size of the salt marshes on Ash Island to make more room for migratory and native birds to nest and brood. Initially this was a bit strange to us because normally conservation doesn’t involve removing native plants trying to live their best lives, but in this case it was for the greater good. As one of our CVA hosts, Elise, explained, “climate change has caused the mangrove to grow away from their native niche and become invasive”. Thus, every morning we would slide on our gum boots and head out to work, tramping in the mud and taking tea breaks every now and again. The week turned out to be a bit of a restful experience due to some bad weather which cut down on work time, and the fact that CVA had pre-stocked our kitchen with enormous amounts of food. For the first time in a while we didn’t have to do any grocery shopping, god bless. We also discovered a record player in the kitchen, meaning that for many of us cooking dinner became as much of a sing-along as meal preparation. The sweet, sweet tones of The Sound of Music, Michael Jackson, Prince, Billy Joel, and our accompaniments filled the kitchen every night, much to either the amusement or dismay of the other hostel occupants. Our capstone of the week was taking an absurdly early train to Sydney and spending the day however we wanted. Many of us were sad to discover that 42 Wallaby Way is not, in fact, a real address. Fortunately, we somehow all ended up at the Opera House practically at the same time to take some good group shots. Now that we’ve reached our final country of the trip, the eventuality of going home is brought up more and more. Everyone is excited to go home to see friends and family, but on the flip side we’ve spent so much time bonding and sharing together that it’s hard too imagine moving on without the group. We’ve been together more than two months, but to us it’s felt more like a lifetime. 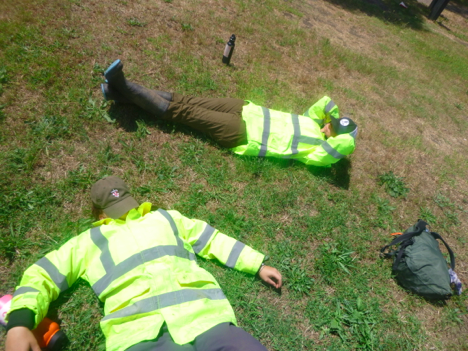