Our Spanish is Improving!

By Sailor and Daniel

This Sunday we arrived at the mountain school in Fatima and Nuevo San Jose. Fatima is a community of ex-finca (plantation) workers, who were displaced by the unfair treatment of the finca owners. The people of Fatima lie on 20×20 meter plots of land, in houses composed mainly of cinderblock, wood, and sheet metal. We have been eating three meals a day with our homestay families since Sunday. Meals with them have been difficult (since they only speak Spanish), but over time we’ve come to know and understand them, more and more each day. The week has been a series of Spanish lessons and memorable excursions, each of which we’ll detail below.

Sunday, we arrived in Fatima from Xela at 2pm, with a car full of people that had to pee. That afternoon, we had our first meal with our homestay family, which for some was incredibly productive, and for others, incredibly awkward. The rest of the night was filled with orientation exercises and a tour of the property.

Monday was the first day we had all three meals with our host families. Already, we’d started noticing an improvement in our understanding of Spanish. Monday was also the first day of Spanish Language class. Class was four hours long with seven charismatic and funny teachers, each of whom did their best to communicate with the students using the little English they knew. At the end of the day, the students watched a presentation on the History of Guatemala, which gave all of us a little context for the current political turmoil in the country. Ethan and Daniel also walked down to the local dirt field and played soccer with the men. They weren’t the worst players there, and that’s what matters.

Tuesday, the students listened to Vilma, a local Mayan community member, detail her involvement in the war between the Guatemalan government and the guerillas. Vilma fought alongside the guerilla forces, a Guatemalan people’s militia. She fought in innumerable skirmishes and lived in the Guatemalan mountains with the rest of the guerillas who survived off of what little food and water they could find. Eventually, the war ended in peace accords between the government and the guerillas, but the legacy of abuse and unfairness towards Mayans in Guatemala has persisted. At the moment, there seems to be an opportunity to purge the corruption in the government and edge gradually toward equal treatment. The students also hiked two miles to the home of a local Mayan priest, who conducted a ritual blessing the students and their journey. As strange as the Mayan traditions might have seemed to all of us, it was interesting to see how Catholicism has integrated with old Mayan religion, to form a strange fusion of the two.

Wednesday was easily the most memorable day of the week. After classes and lunch, we packed the rear of a Toyota pickup truck in the pouring rain and headed up to a nearby Guatemalan town to play soccer against our teachers. We ended up barely losing, but we played our hearts out, and that’s really what’s important. Later in the evening, the students learned about a bunch of medicinal plants that people without access to a local pharmacy grow in order to combat disease.

On Thursday, we learned to cook papusas with our teacher Josephina. Josephina is an extraordinary cook and teacher, and we all had a blast! After our amazing meal, we had to get started on our graduation ceremony presentation. While Sarah and other students did a fantastic job on the poster, Rachel, Kaylee, Sophie, and Madeline wrote our homemade song about our teachers. We spent the rest of the night laying in hammocks, practicing, and laughing at the fact that Ethan ate a grasshopper earlier that day.

On Friday morning, the students presented our painting of the school and sang our (Grammy worthy) song for our teachers. Each of us was handed diplomas from the school and gave big hugs to our teachers. Later in the evening, students watched a documentary on the war in Guatemala. We all came to understand how blessed we are to not have been born in such a time, and how the war led to the current corrupt state of affairs in Guatemala.

On Saturday, we hiked to the Chik’bal mountain lake. A difficult uphill climb for two hours, the hike was rewarded by a stunning tranquil view of the lake. Though we might not be able to move tomorrow, it was worth the memory of our experience.

Tomorrow, Sunday, we leave the mountain school to stay in Xela again with new host families that we will be living with for a week. Our week at the mountain school has been an experience that we’ll remember forever and we can’t wait to create more memories next week in Xela. Also, we are re-matching our teachers in soccer. Stay tuned for the results. 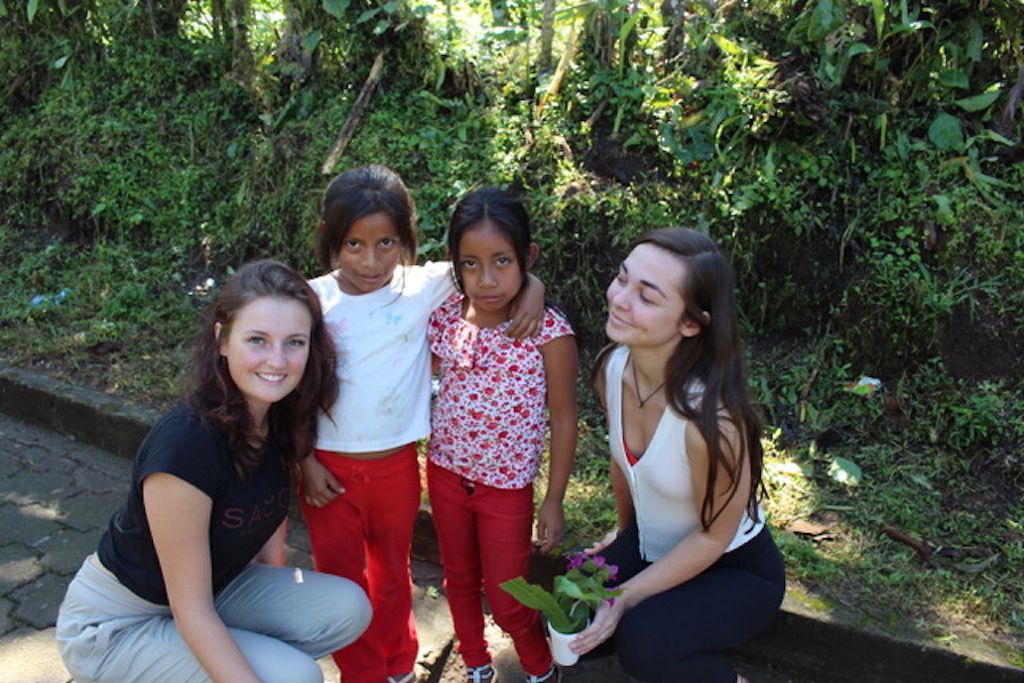 Sailor and Kaylee with their homestay siblings. 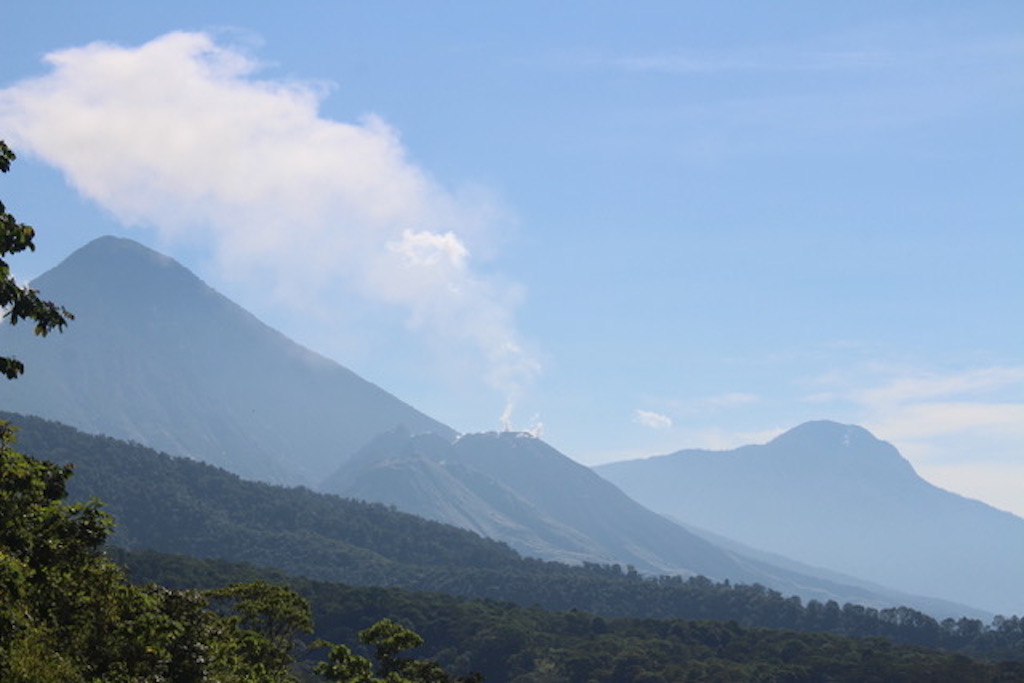 View from our walk up to see a Mayan Shaman read our nahuales (signs from the Mayan Calendar based on our birthday days). 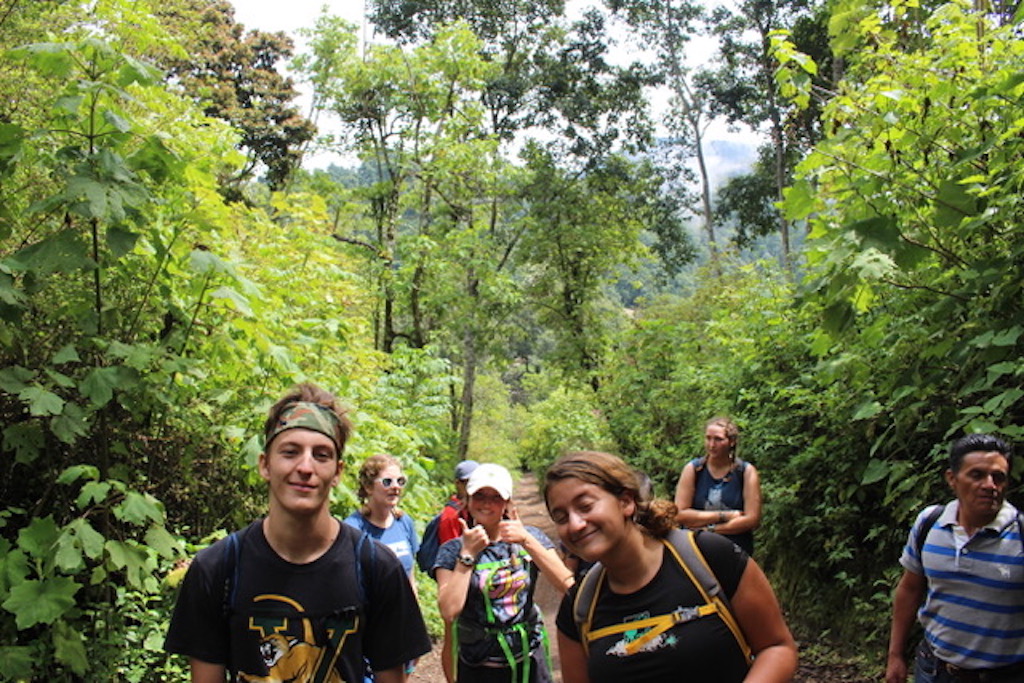 Some of the group on the hike up to Laguna Chicobal. 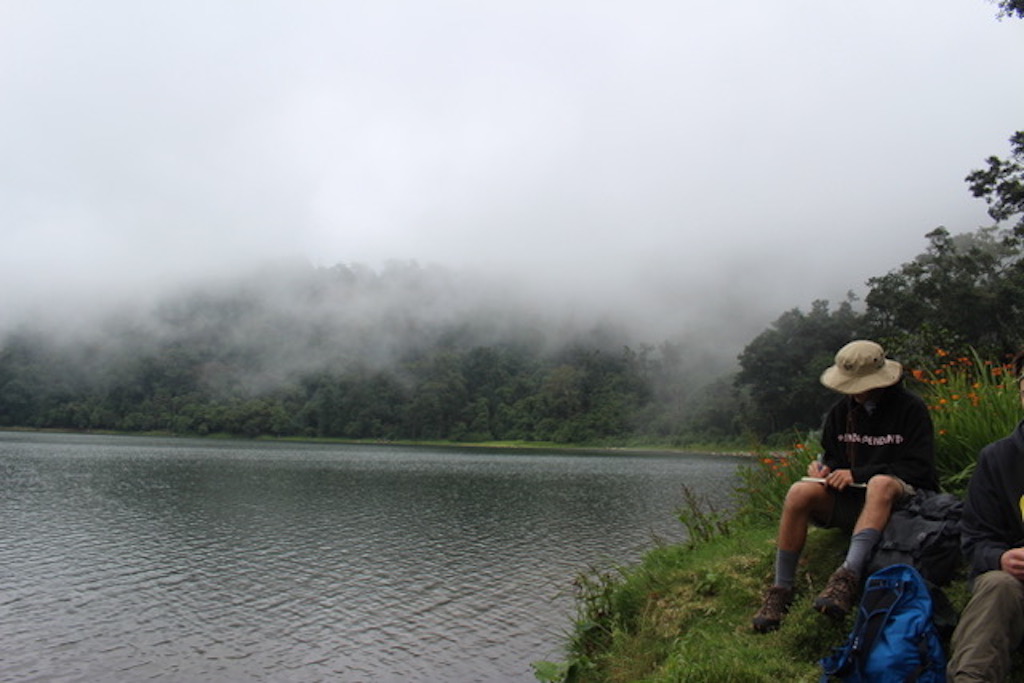 Eating our lunch by the shore of Laguna Chicobal. 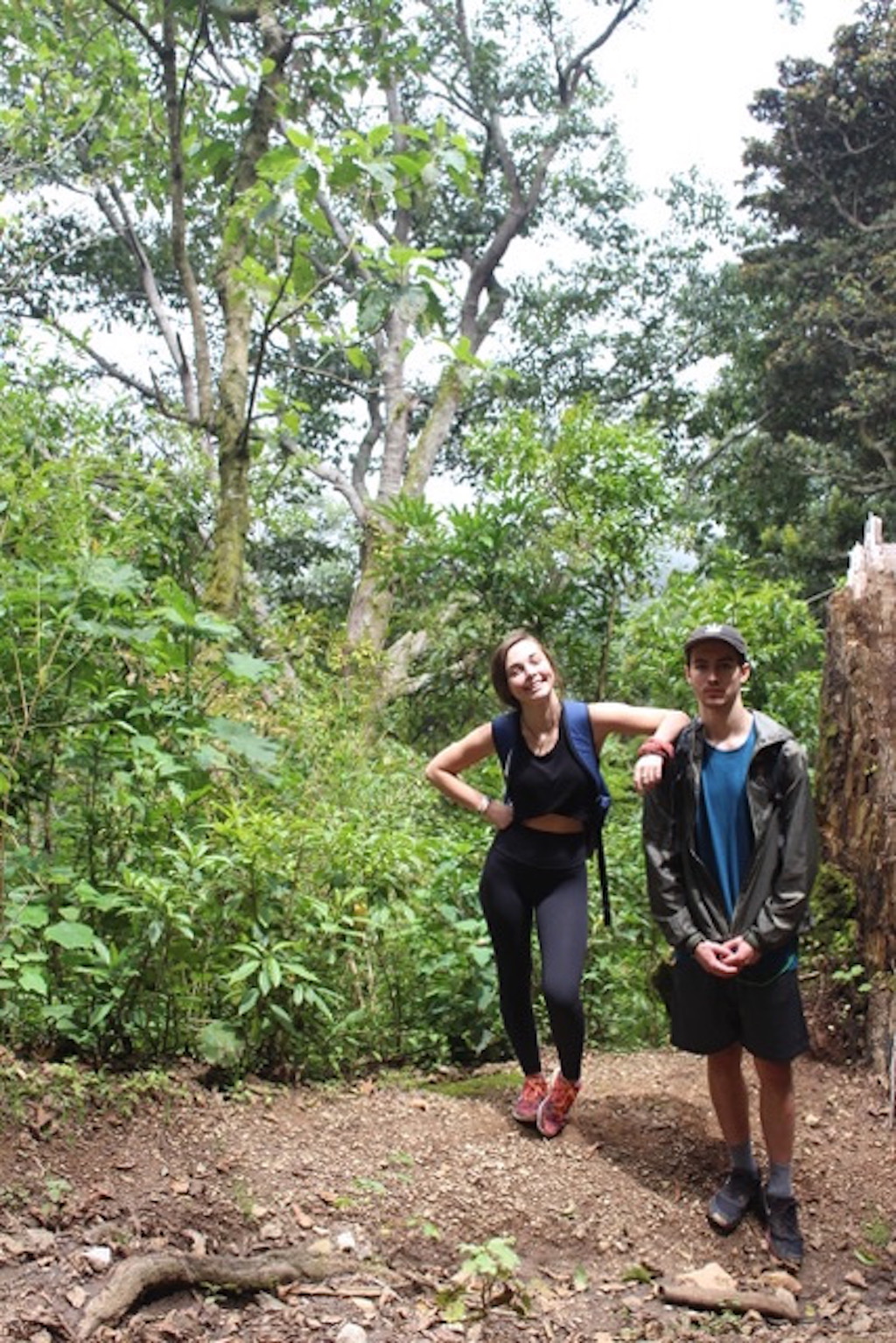 Sailor and Dan (authors of the blog).