There has been no experience in my life that even remotely compares to our safari in Ruaha National Park. From each moment to the next, I only wished for my eyes to see more of the mind blowing beauty that surrounded us.

Tall grass stretched to meet the bumpy purple hills in the distance. The savannah was dotted with tangles of thorny brush, clustered around the thick trunks of baobab trees: stripped to their innards by elephants’ tusks. Baobab trees retain water and therefore are a good source of nutrition in the dry season for African Elephants that must eat up to two hundred kilograms a day. Rows of acacia trees and coconut palms offered the only shade, sheltering hundreds of grazing impala and families of baboons. The baboons climb to the upper branches of the trees and drop fruits for the impala, who in turn watch for danger hidden in the grass. On the wide scar of the drying riverbed herds of zebra drank from the slivers of water left, staying close to the giraffes loping gracefully nearby. Though zebras can have a keen sense of smell, their eyesight isn’t as good as the giraffes, and they stick close to be better able to spot predators. And all this lit up by the bright blue sky and hot sun.

It is an amazing thing to have the opportunity to be here, and see these animals wild. Though most stereotypical African wild game originate in Tanzania, most Tanzanians will never in their life have the chance to go on safari, due to the expense. And more and more, a national park is the only opportunity to see these animals wild. Just a century ago, elephants and lions roamed through the rural towns and villages, and zebras grazed in the open plains. The indigenous people of Tanzania; the Maasai people, even had the rite of passage for young men to go on a solitary hunt and bring back the head of a lion. But due to poaching and big game hunting, most of these animals are all but non-existent outside of the parks. As a group, we read and discussed a recent article on ivory poaching, and learned that poaching is all but ignored by the Tanzanian government and common even in protected areas such as Ruaha. Two thirds of the entire Tanzanian elephant population has been decimated in only the last five years! Though we can’t imagine an easy solution to the problem, I believe that just making people more aware is a step in the right direction. So spread the word!

Though the whole three days of safari were incredible, I’d like to touch on just some of the highlights. On the first day, the sun had just started moving lower in the sky when we happened upon a line of lionesses moving through the grass. (Lions sleep most of the day and hunt as the sun goes down and throughout the night to conserve energy). Though I assumed we would stop within two hundred meters of the animals, we just kept driving closer and closer! Eventually we were easily only ten feet away from these beautiful lionesses. Their eyes glowed golden in the pinkish dusk and we were so close we could see the tiny black slits that were their pupils. They stood calmly, staring us down, as if they had nothing to fear in the entire world. But, although they were completely awe inspiring, I couldn’t help feeling like I was in a zoo. I’ve been that close and closer to zoo lions before, and even though there wasn’t any glass separating us from the beasts on the safari, it was hard to appreciate how truly wild and powerful they were. However, that all changed the next evening. We were driving back to camp after another amazing day, and were running a bit late (we would need a ranger to take us out after dark). Dead ahead we saw a small group of elephants running at us through the bushes. The only reason this should happen is if they were being hunted, and sure enough, and entire pride of lions emerged around them! Three males stalked alongside four females, going after a baby hidden between the legs of the small herd. Our truck accidentally blocked their path to escape and we moved quickly so as to not be trampled; we had a perfect seat to the beginnings of a full blown hunt! It was almost beautiful to see the powerful lions loping after the frantic elephants, eyes glittering with determination.

Though some of the group thought that even that much of a hunt was too intense, I wished I could stay and see more. I had no preference as to who would win, because, in the words of The Lion King; It’s the circle of life. Killing is part of living, and I appreciated seeing the event because it truly proved that I was among truly wild and free animals, who are both dangerous and beautiful. 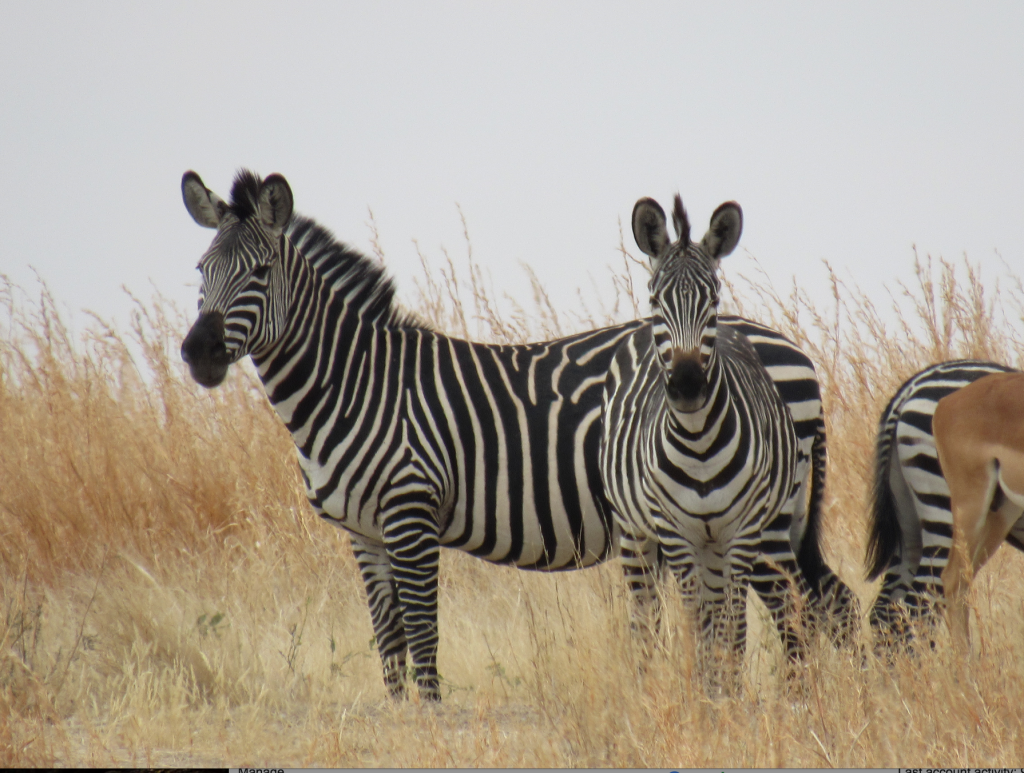 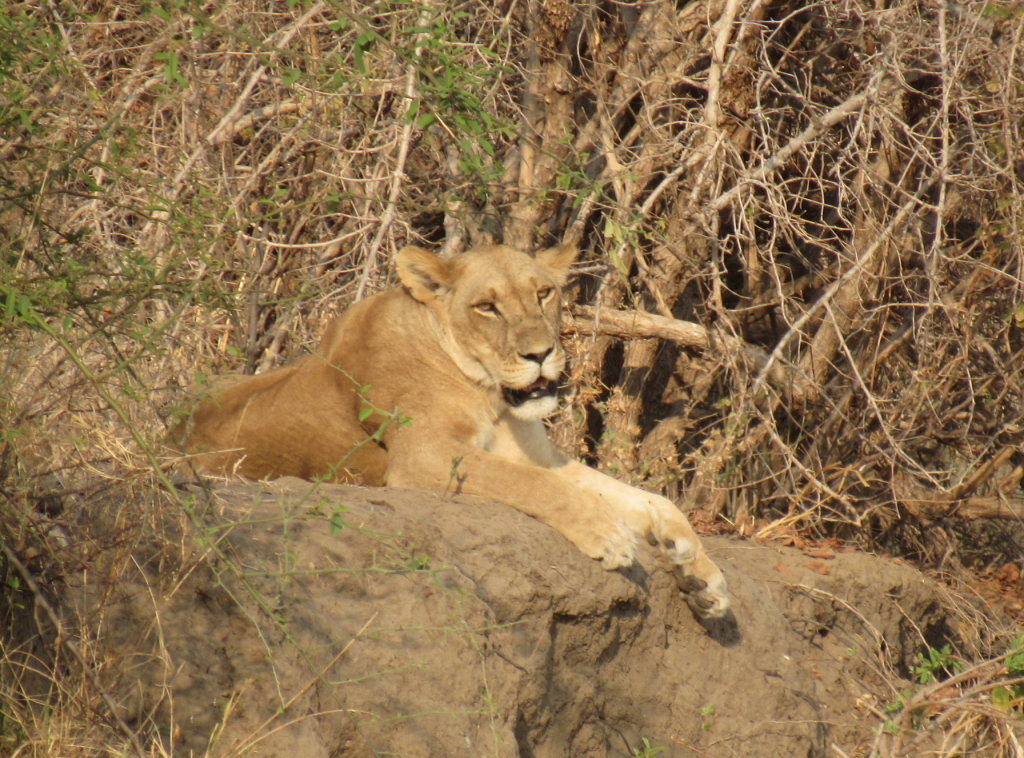 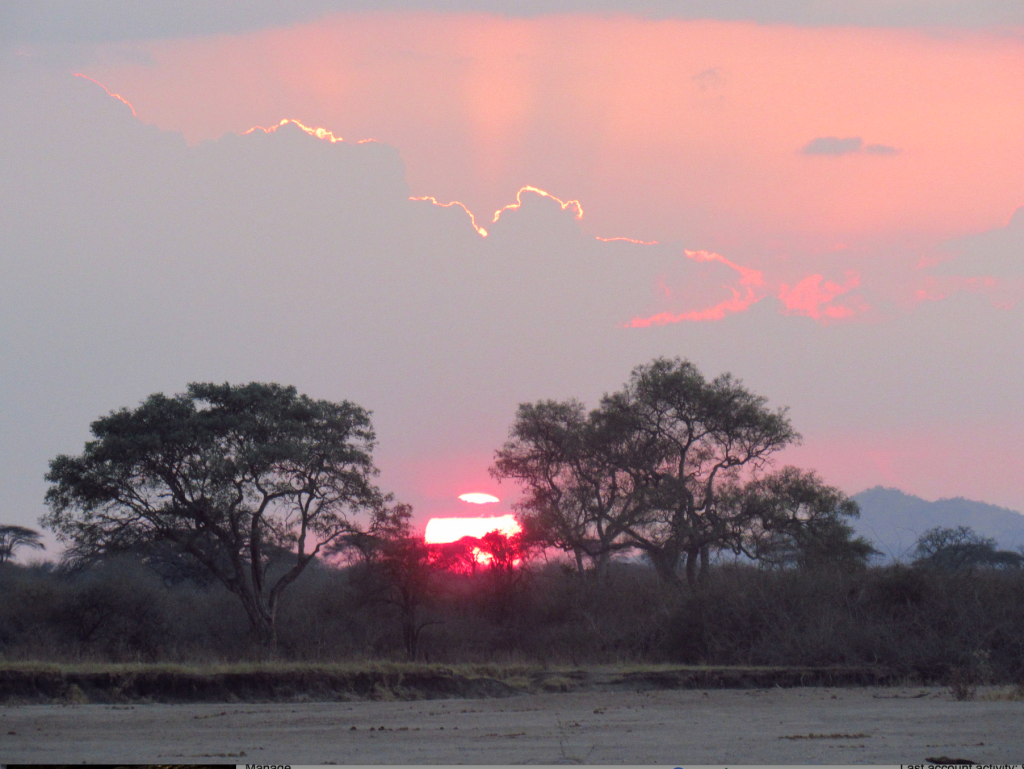 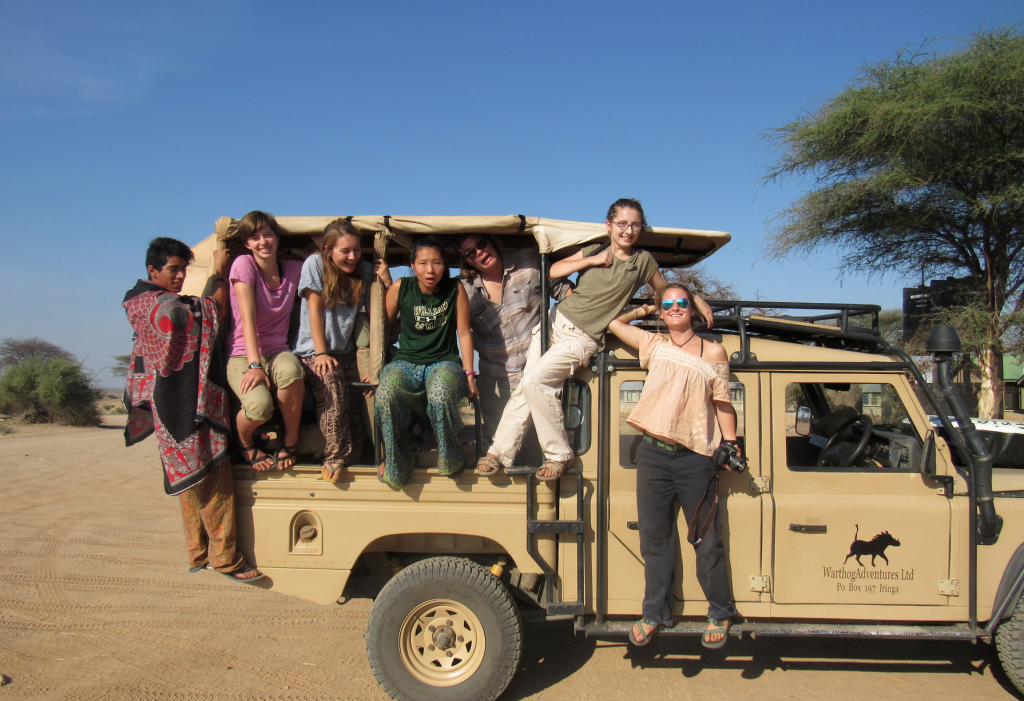