Hiya everyone!! Its Sydney Lou Who here, writing with the unsolicited help of Rachael and Hayden. Last week we spent 5 days working at the turtle project in the Nicoya Peninsula with Eduardo and Mancho and a host of others that included a group of German volunteers and Brazilian volunteers, so we took the opportunity to make lots of friends and annoy more people than just Matt and Rachael. We ate, slept, swam, played, and pooped (and clogged many toilets) in a pack of 11 crowded into a single room with one fan. We switched off nightly doing turtle patrols on the beach, 7 of us plus other volunteers going out to 2 different beaches. This is where I should probably mention that the house we were living in was not actually close to the beach. It was a rocky, jolting 20 minutes stuffed into Jeep meant for 5. Eduardo, our “chauffeur”, drove for 6 hours on a daily basis, ferrying us back and forth all to save those turtles. Once we arrived at the respective beaches, we would stumble through the dark (or crawl if you were Celia) in search of tracks of mama turtles and tracking them down. Fun fact, turtles go into a trance when they give birth, unbothered by the foreigners giggling behind them. There were two options: Swiftly stealing their ping pong ball eggs right out from under them as they secreted birthing juices all over our forearms; or the other option, find the mama after she already laid the eggs, and dig them up while she is flapping her flippers, flinging large amounts of sand in your face in her efforts to camouflage the nest. Both great options, pick your poison. After the eggs were secured, we would strategically find a new home (aka start digging a hole wherever Eduardo told us to) and put them right back in the ground. Why you ask? To confuse the mean poacher people and the ugly raccoons that come raid the nests. We would continue this activity until 3 in the morning or until Eduardo was tired.

But that was not all, other daytime activities included exhumations of the nests to count hatched turtles and eggs, playing soccer on the beach, swimming in the beautiful blue water, getting ridiculous sunburns, and having lots of fun. If you were really adventurous, like Hayden and I were, you would attempt to climb up a big rock, home to a magnificent cave. Except, what you didn’t know was that the shallow water surrounding this great cave was infested with big bad sea urchins praying on the innocent (and yes, maybe stupid) children who dared to explore. We battled them for quite some time until they made us go crying back to Matt and Rachael with stinging feet.

By the end of the week, turtles were saved, the group was exhausted, sea urchin stings and sunburns were healed, and Eduardo confessed that we were the only group that he had actually made friends with. Matt thinks he says this to every group, but we know we are special. Continuing on with the adventure. We are headed to Cirenas to continue learning about permaculture, and hopefully save some more turtles.

I hope you all have a fantastic Thanksgiving and know that I speak for the group when I say thank you all for providing us with this opportunity. We have made amazing memories and great friends already and have two more weeks to make more. 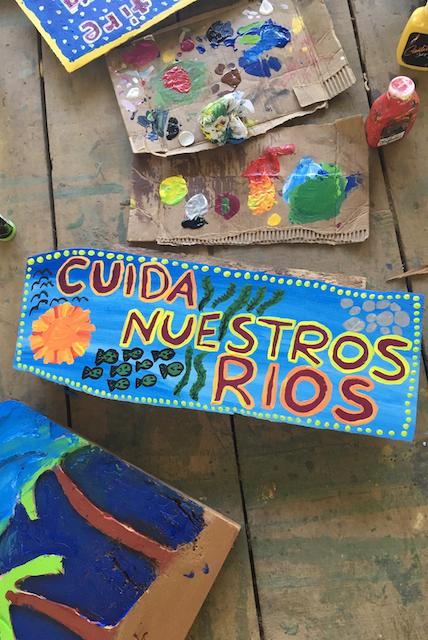 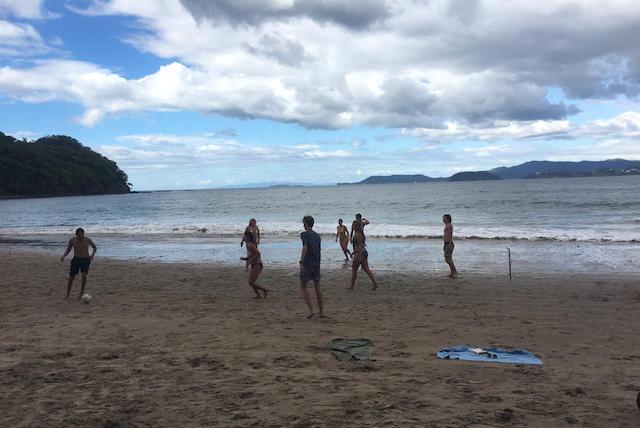 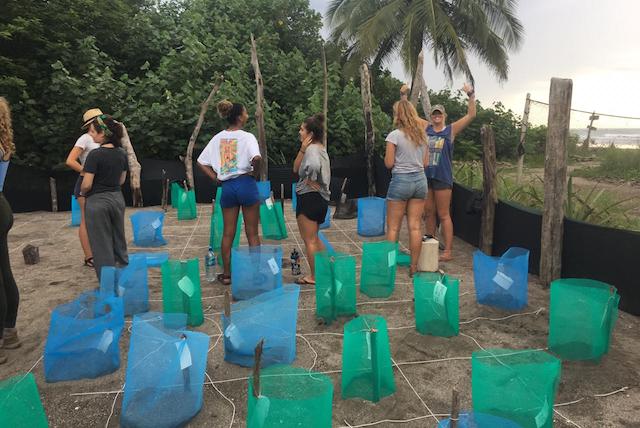 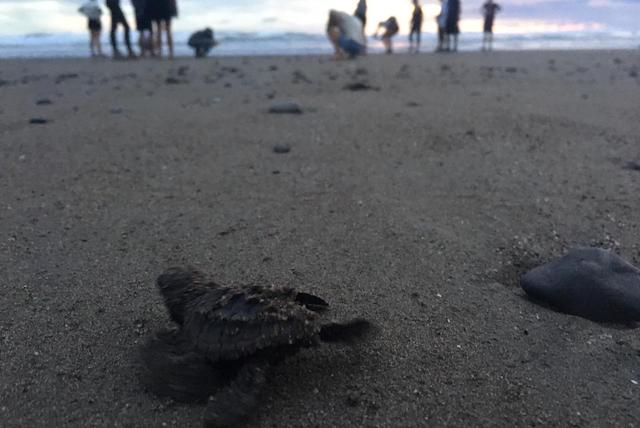