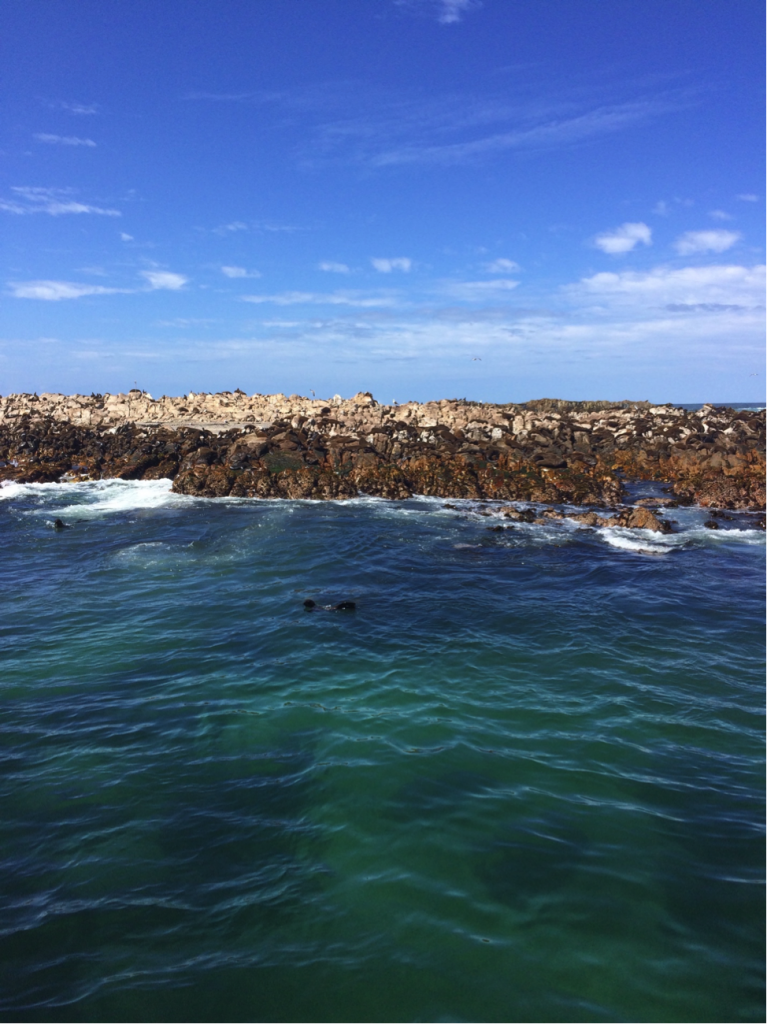 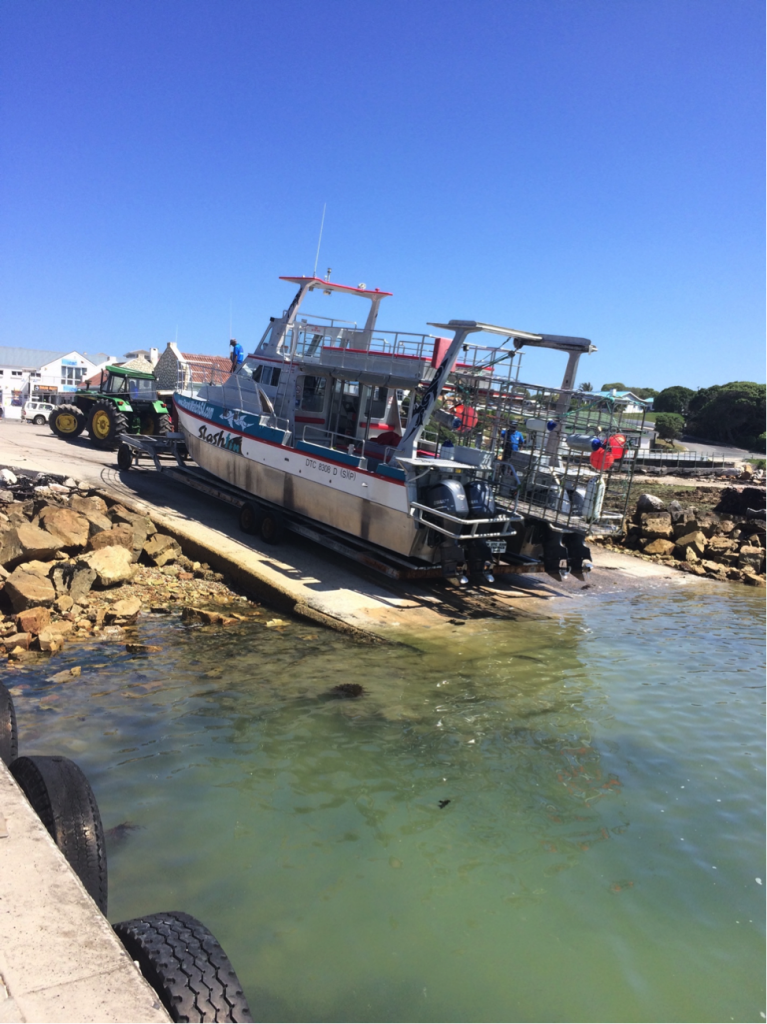 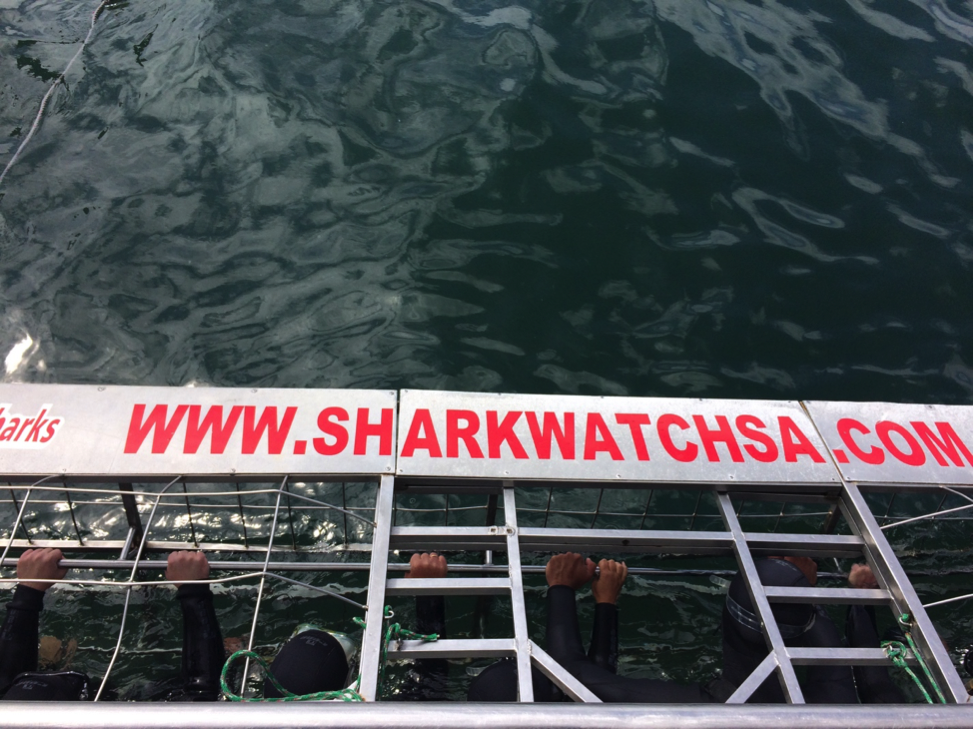 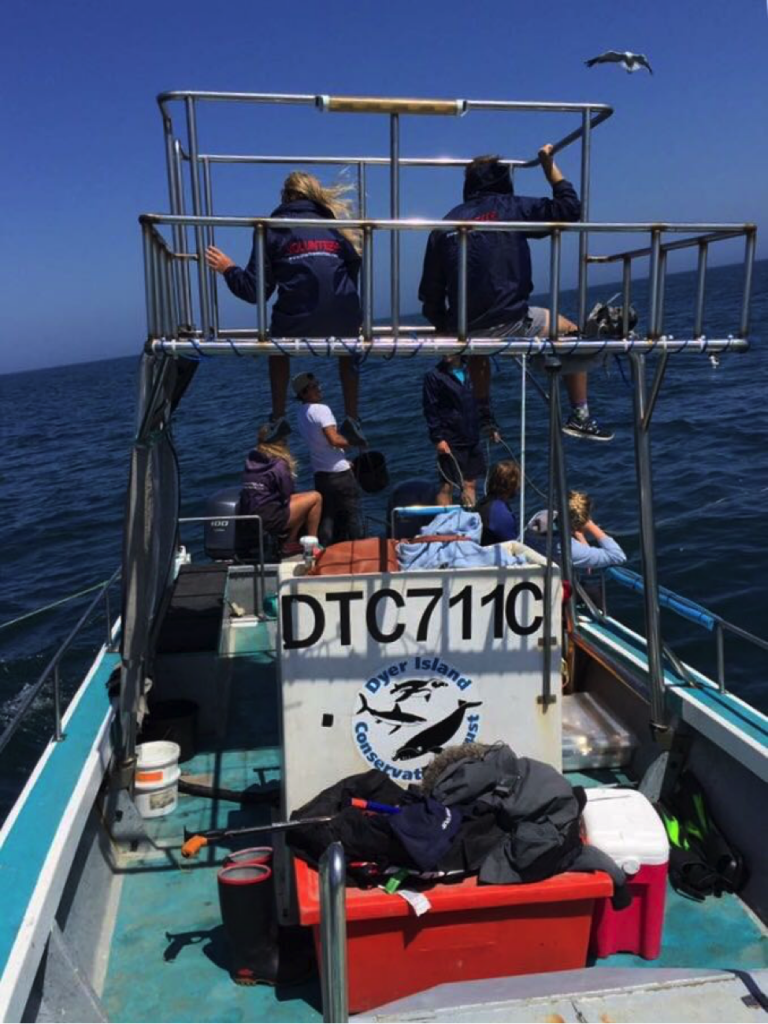 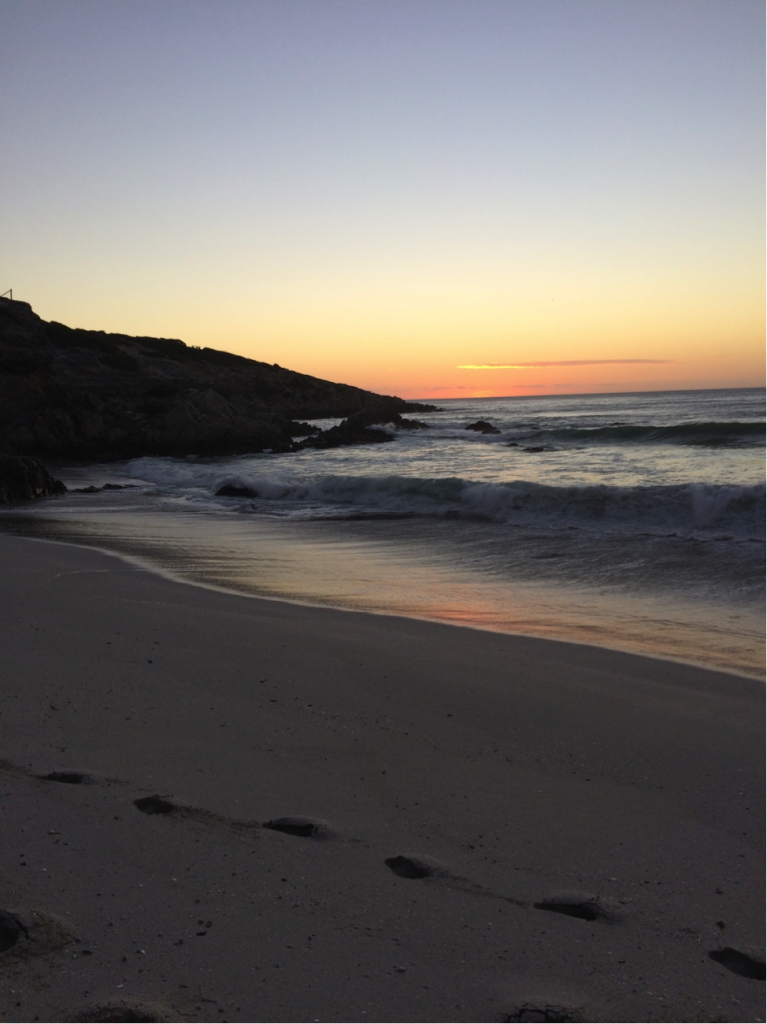 Hello from South Africa! I’ve been here for about 5 weeks volunteering with Marine Dynamics, which is a shark cage diving company located in Gansbaai in the Western Cape. So far, life has been pretty nice and chilled out. We usually begin the day by waking up and heading to the Great White House, which is the headquarters for Marine Dynamics and Dyer Island Cruises. All of the volunteers start by preparing things for the boat, from wetsuits and lifejackets to sandwiches to sea-sickness bags (it’s not always a glorious time at sea for everyone). About an hour or so later, we head down to the harbor and get onto Slashfin, which is the cage diving vessel.

For the first two weeks I was here, we saw TONS on sharks on Slashfin! However, a pair of Killer Whales were spotted in the bay 23 days ago, and since then we hadn’t seen any sharks…until today! The biologists don’t know the exact reason that the sharks went away, but a dead Great White Shark washed up on the shore just a day after the Killer Whale sighting. Because Killer Whales prey on Great Whites, they think they may have driven them out of the area.

That being said, today was a very exciting day out on the boat! We were all standing on one side of the boat when someone shouted “Shark! Shark! Shark!” We turned around and there was a 3-meter female swimming by the back of the boat. We immediately got divers in the cage and proceeded to see three more sharks over the course of the trip!

Overall, things have been pretty not bad down here. All the crew and biologists on the boat are super awesome and it’s been nice meeting other volunteers from all over the world!