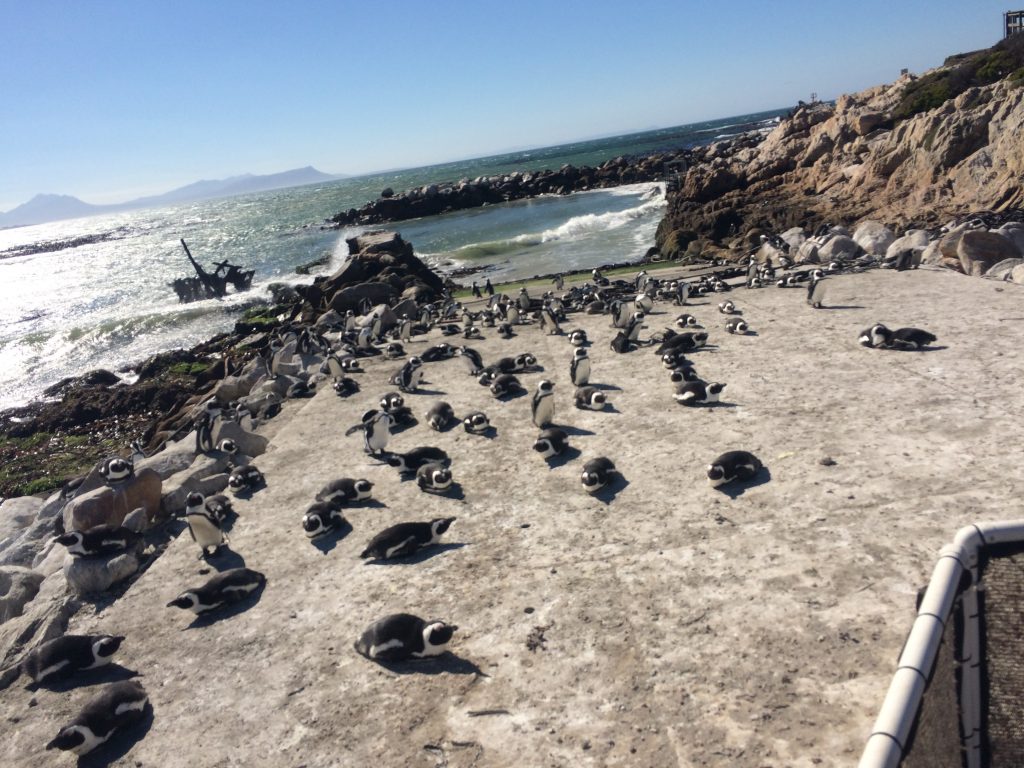 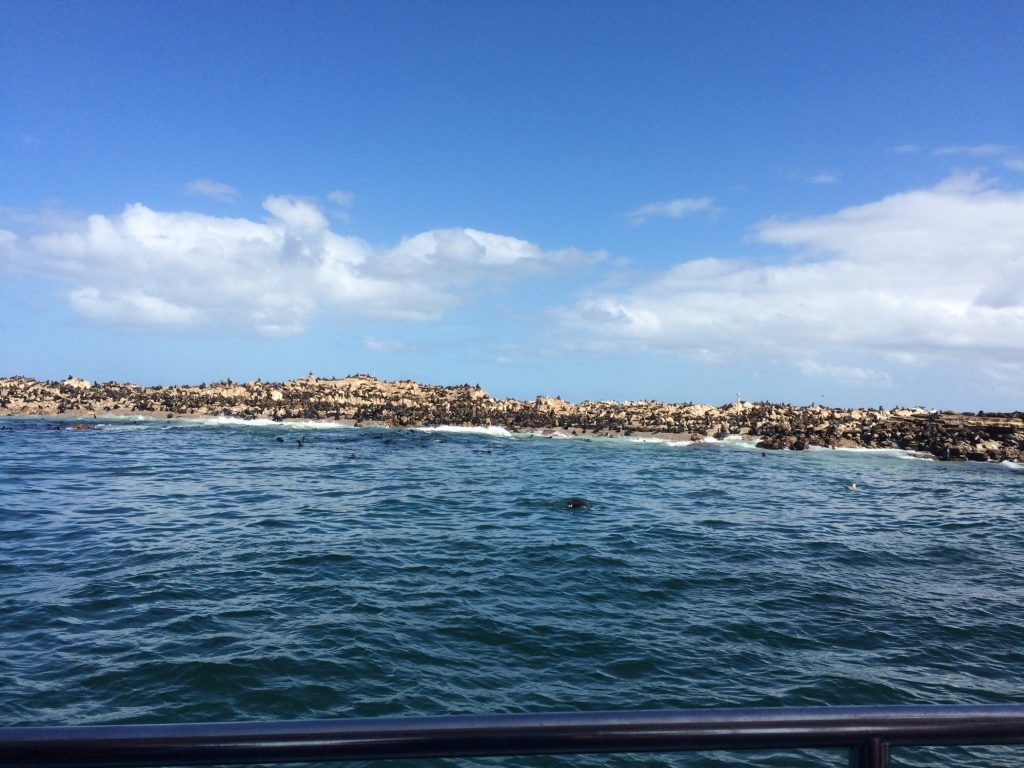 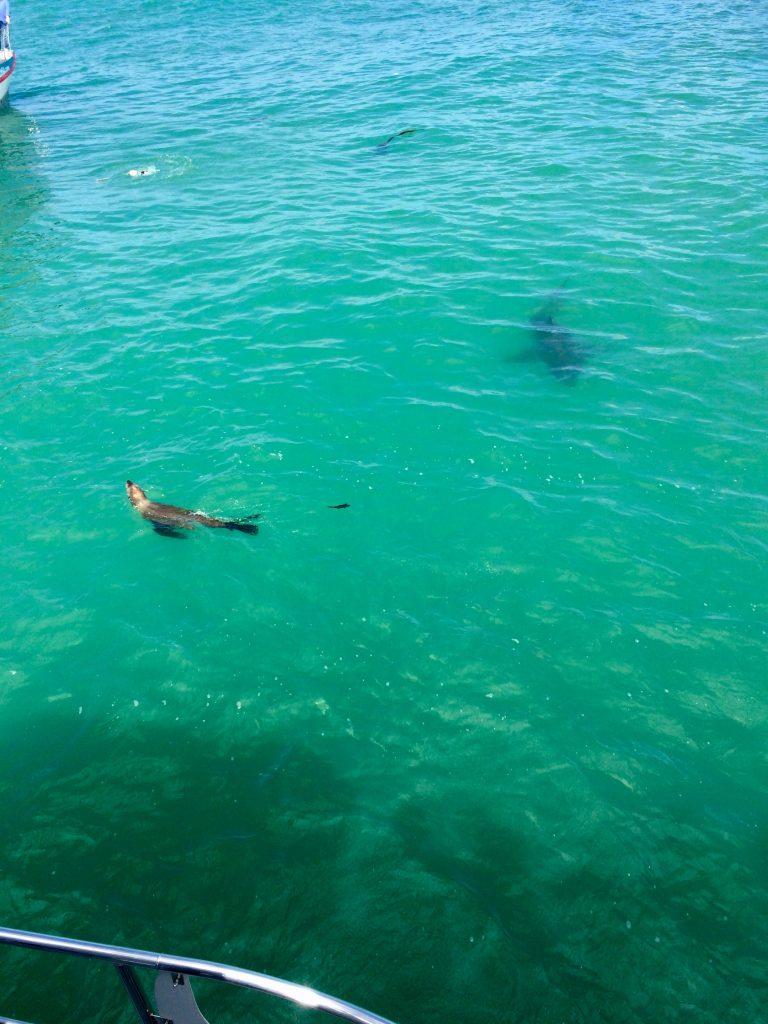 Ladies and gentleman welcome to your anchor spot. Every morning here in the Great White Shark capital of the world, you are on board one of the two boats the Marine Dynamics associates its self with. One is Slashfin, named after a notorious White Shark whose dorsal fin was in fact slashed, the shark cage diving vessel or Dream Catcher which is part of Marine Dynamics sister company, Dyer Island Cruises. Dream Catcher gives people an opportunity to try and spot some of the Marine Big 5 which include whales, dolphins, penguins, seal, and the great white shark. At around 7 every night the schedule for the next day comes up and the coordinators help figure out who wants to go on which boat depending on the time of launch as well as who is a new volunteer. Slashfin trips usually go out once or twice a day and the first launch is around 7:30 or 8 which means a 6 AM wake up for me. You head down to the Great White House which is the restaurant that also doubles as the HQ for the two companies. We prepare the wet suits for the clients as well as the life jackets and waterproof jackets. Being on the water every day is amazing. It acts as a reality check every day, being from Texas we don’t see mountains or the ocean like I do every day. The first two weeks were a shark frenzy, we would see 6-8 every trip we went out and I have even gotten to dive on four different occasions. After those two weeks, I was lucky enough to see two male orcas (killer whales) swim through the bay which is a sight I will never unsee. But the next morning a white shark washed up dead on the beach and it has been 23 days without a shark sighting. But luckily enough today we got to see the first 3 that anyone has seen since then so things are looking up! Even though we had quite a few no sea days we still did plenty of fun activates. The coordinates never leave us with nothing to do, we have gone caving, gone to Cape Town, an aquarium, snorkeling through a kelp forest, and many, many more.

Overall this first month or 5 five weeks, whos counting anyways, has gone by extremely fast but has been some of the more unforgettable I have had. From meeting new volunteers every week to seeing friends that I feel like I have known for ages. Seeing one of the most elusive predator known to man daily is beyond words, the amount I have learned about them as well as the other Marine Big 5 is more that I would have learned anywhere else.