Written by Eli and Lily

After our amazing home stays in Uwembe Village the group began student directed travel. With several weeks of stressful preparation we were finally on our way. A decision was made to make our way back to Iringa where we spent two nights. Whilst in Iringa we swung by the cinema to watch The Nun and The Spy Who Dumped Me. We woke early after the second night to hop on a bus that would take us nine hours to Mandizi. Ellie B. and Eve, the spectacular accommodations and transportation team found us another bus which we rode to Bagamoyo.

Bagamoyo, a port town, to which we researched has many beautiful beaches. The moment we saw beach, we all couldn’t help but run into the warm waters. The second day was a beach day and we must have all been too excited because by the end, the majority of people were badly sunburned. The following day everyone except a few ventured eleven kilometers off the coast to a nameless sandbar where they enjoyed a day of snorkeling. They saw many starfish, lion fish, jellyfish, and coral they had never seen before. If they were not sunburned before than they certainly were after coming back. Reid, sadly, got the worst of it. On our final night, the night of the 22nd, otherwise known as Thanksgiving we all came together for dinner at the Firefly Resort. We attempted to make a whirlpool in the small circular pool that was available. It didn’t work. Our food came, we shared what we were grateful for, and then we dug in! The evening wrapped up nicely with a fun group game.

Although we did not want to leave, we said our goodbyes and thus concludes our student directed travel. 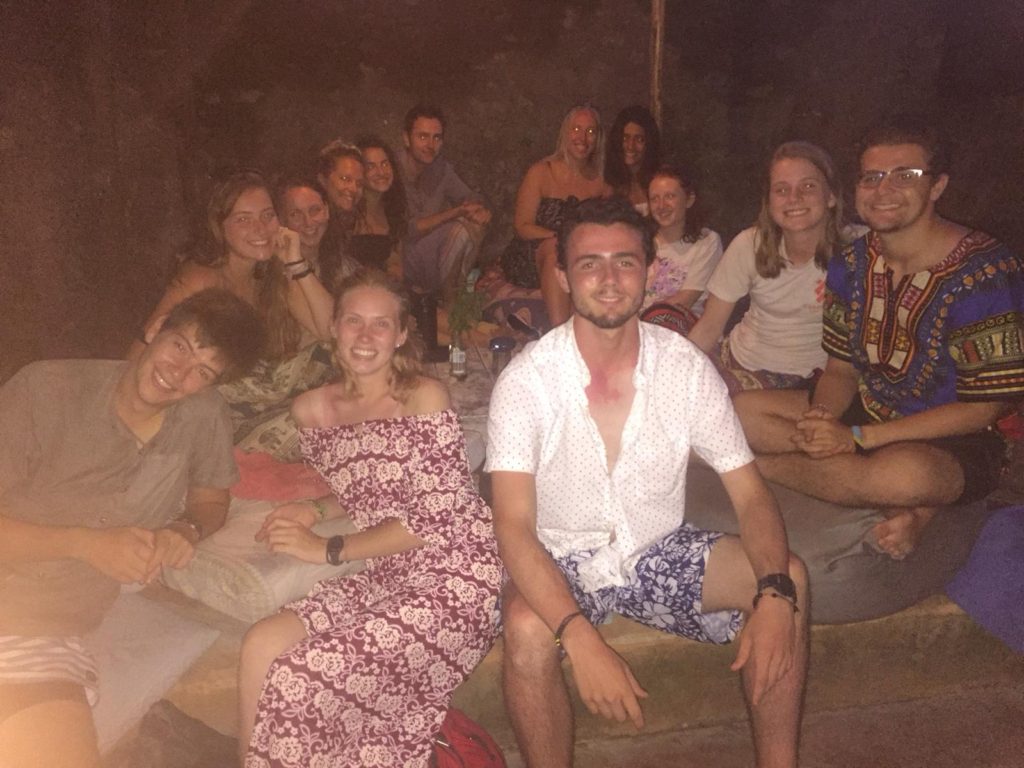