Blog by Kippie. Photos from the Overseas Educators

The past few days since leaving Udaipur have been filled with unpacking bags and repacking them, trains and rickshaws, and ever new and exciting India. We arrived in Agra mid-day Wednesday, and spent the afternoon recovering from the hours on the train, as well as wandering around one of Agra’s largest bazaars. At this point in our trip, we’ve been to more than a few bazars, each different than the last and characteristic of the city itself. Agra is no exception. The main part of the bazaar sat under a huge mosque, and as we followed market streets away from it, the bazaar became more out a mechanical district with motorcycle shops and electric shops. As we moved away from the small main area of the bazaar, the number of women out and about on the streets dwindled drastically. I felt safe as we were in a group and there were men with me, but I got an uneasy feeling that if I had been alone or with another girl in that section of the bazaar, it wouldn’t have taken very long for me to feel unsafe. My feelings were universal across the females in our group, and gave us some insight of what being a woman in India can mean.

The next morning our alarms woke us way too early, 5am to be exact. We quickly got over that when we remembered we were going to the Taj Mahal! For me, the Taj Mahal had always been the icon of India. When I thought India, I thought Taj Mahal. So as I sat in the rickshaw as we drove through the dark streets of Agra, I sort of felt as if I was seeing India that day, that the Taj Mahal would represent all of India. When we finally got our first look at the marble monstrosity, our group stood in awe for a moment appreciating the fact that one of the seven wonders of the world stood before us. As we wandered around the Taj and it’s surrounding grounds and buildings, I began to realize that although the Taj Mahal is jaw droppingly beautiful, it isn’t all of India, it doesn’t even represent India. India is so much more than a building that coats locals 500 rupees to enter (a price many Indians can’t even fathom paying), and while it is a part of India, India has so much more to offer.

With that in mind, we spent the afternoon at Sheroe’s cafe. A place that hires women who are victims of acid attacks, and gives them a job to teach life skills, and to bring awareness to these types of attacks, as well as trying to end victim shaming. Every single woman who worked there had had acid thrown on them in one way or another. Our waitress was attacked when she was 3, her father threw acid on her mom, and it also hit her and her sister, killing her sister. We were all struck by her beauty despite the scars, and felt that this movement in India holds so much meaning and really shows India’s specialness by nature of there being room for people in society to point out flaws and problems and then work to fix them.

Later that afternoon we sat in the courtyard at our hotel for a group meeting. The topic was vulnerability. In the TED talk we listened to, it was pointed out that to feel vulnerable, one must have a strong sense of self-worth and love and belonging. For me, this connection between self-worth and vulnerability felt so obvious now that I had heard it pointed out. Our thoughts on the video quickly sparked one of the most honest and interesting group conversations we’ve had yet. Our leaders, Anya and Jon, then introduced our life map project. I’ve done this a few times in different settings, but never have felt comfortable enough to be completely honest in telling my life story, but after our conversation on vulnerability, I feel that my life map, and hopefully everyone else’s too will be an honest and open step 1 to being vulnerable.

We then spent the next 14 hours in various train stations and on two trains and two big rickshaws to get to Rishikesh. We had one night in Rishikesh before heading to the Ashram, and boy did we use that one night well. I’d been considering shaving my head for a few days. Mary, another girl in the group, has first suggested it a few days ago. We wanted to do it to show ourselves that our beauty is from within, and that our hair doesn’t have to define us. So we found a little street side barber, I motioned to him that I wanted it all off, to which he asked “Clean?”. I smiled harder than ever when I said, “Yep!”. When I sat in the chair to get it done, no one else was going to do it with me, but somehow in the next hour five of us were bald. As soon as the man finished my hair, I couldn’t look in the mirror, I was too scared, but as soon as I did, I watched the reflection of a smile spread across my face and I went out into the street and jumped around to feel the breeze on my head. We each did it for personal reasons, but most of all it boiled down to this: to feel beautiful. And we do! To quote Grace, another girl in the group, “We are all so beautiful. Individually and together. Just by nature of being daring enough to shave off all our hair, we are beautiful. And then without our hair, we’re more beautiful than ever before, and it is the coolest thing we’ve ever done!”.

So we are now six (Jon, one of our leaders is bald too) baldies, and as a group of nine we are heading into a week at the Ashram. I’m nervous, excited, and most of all, BALD! 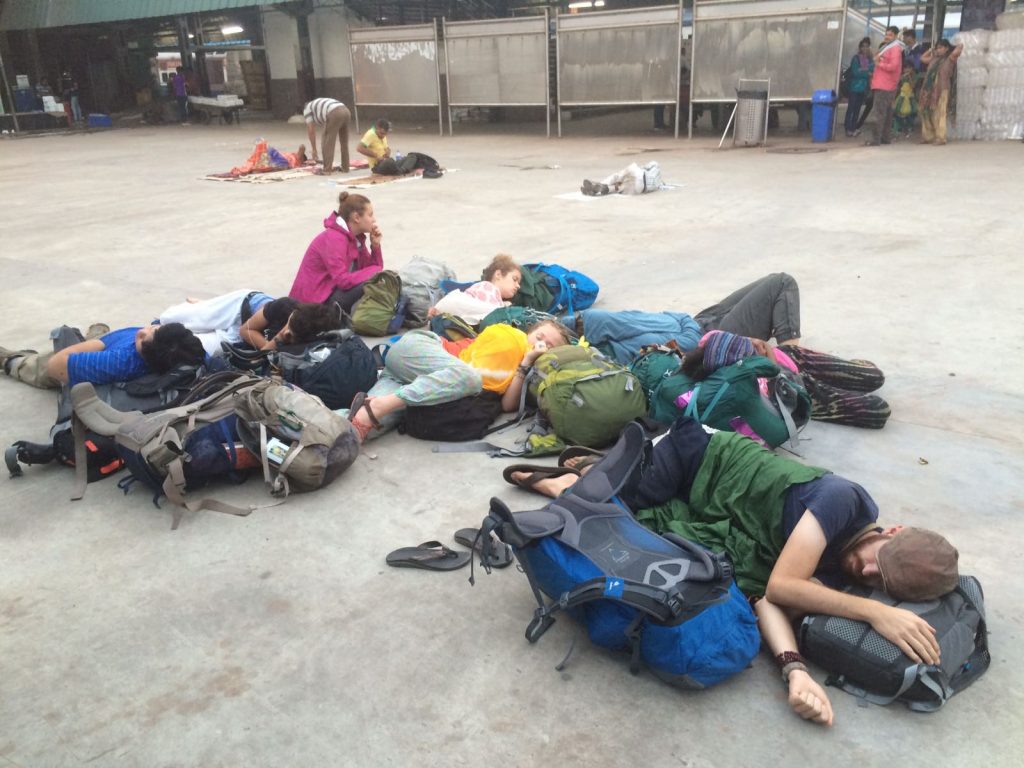 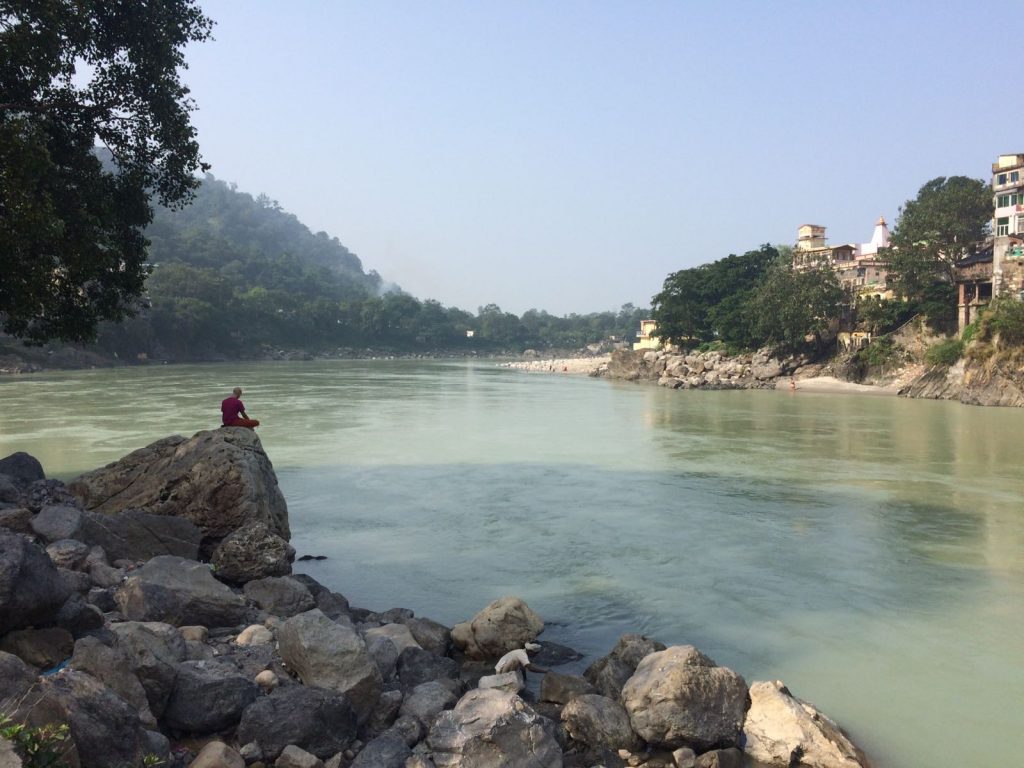 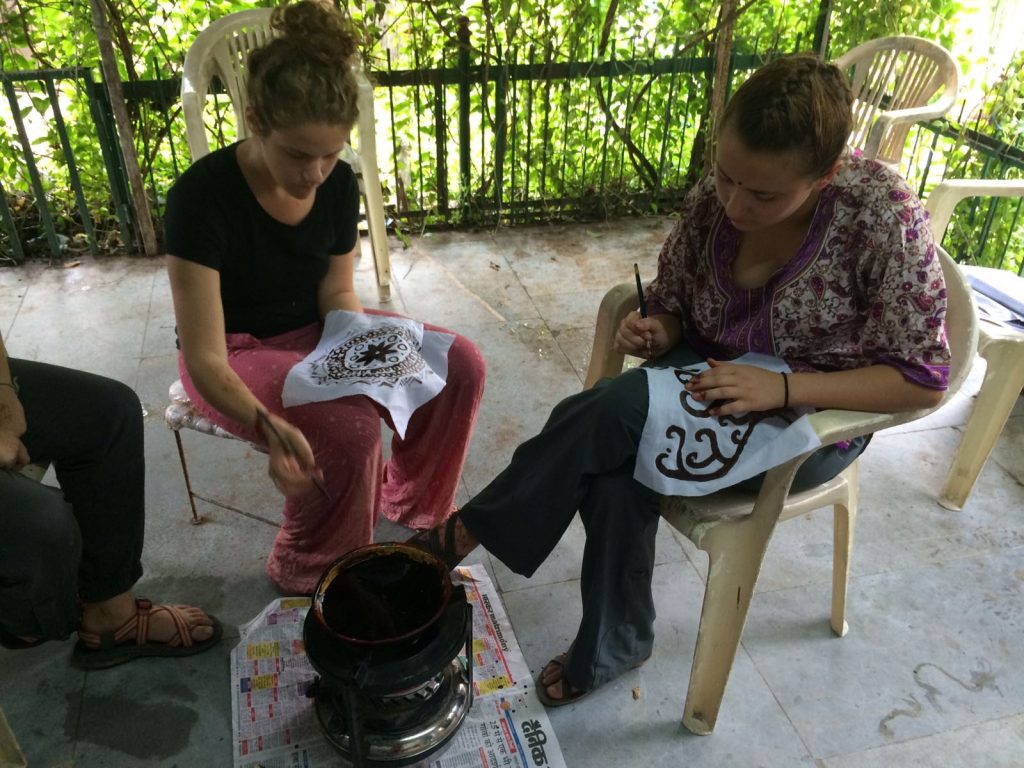 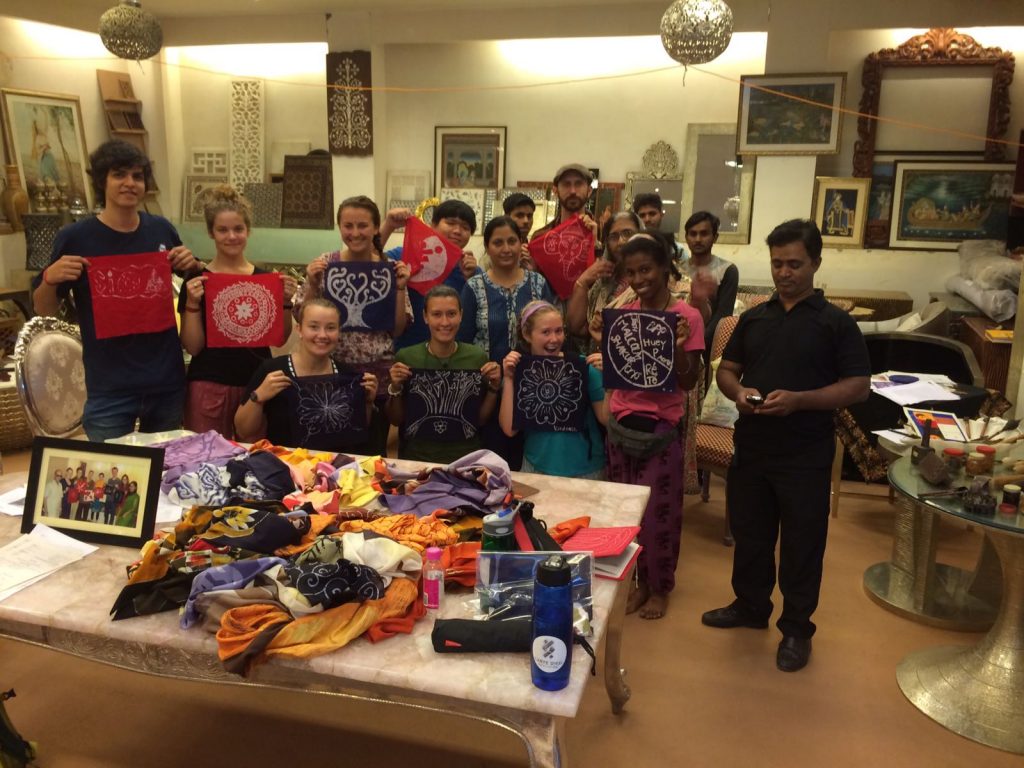 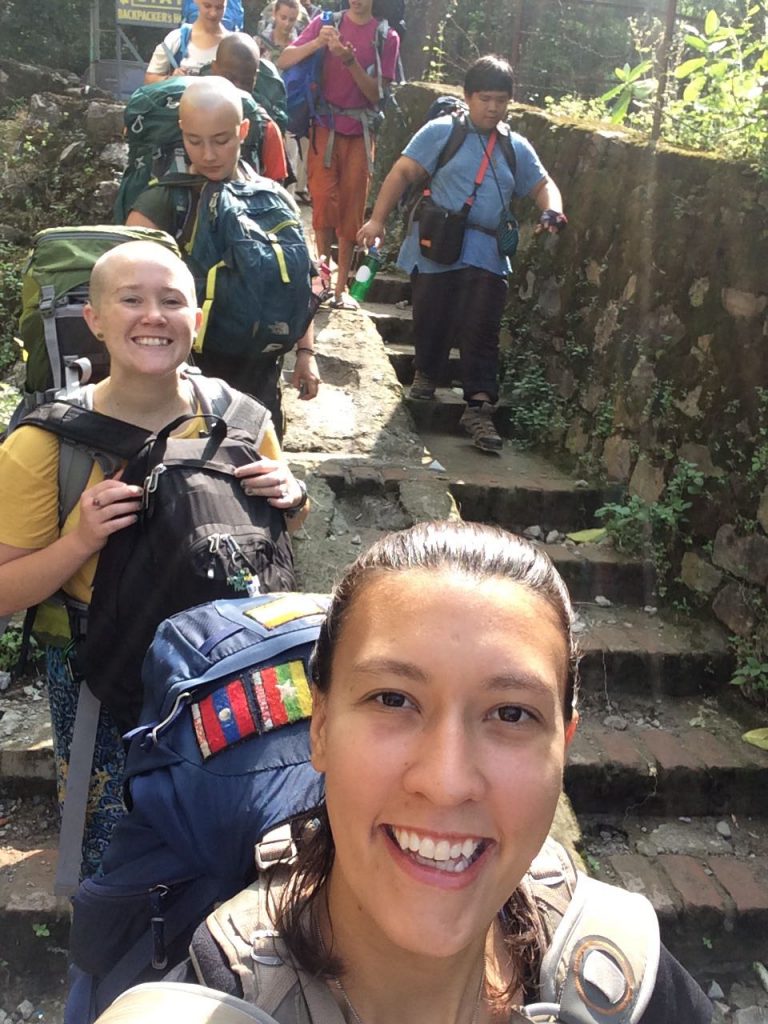 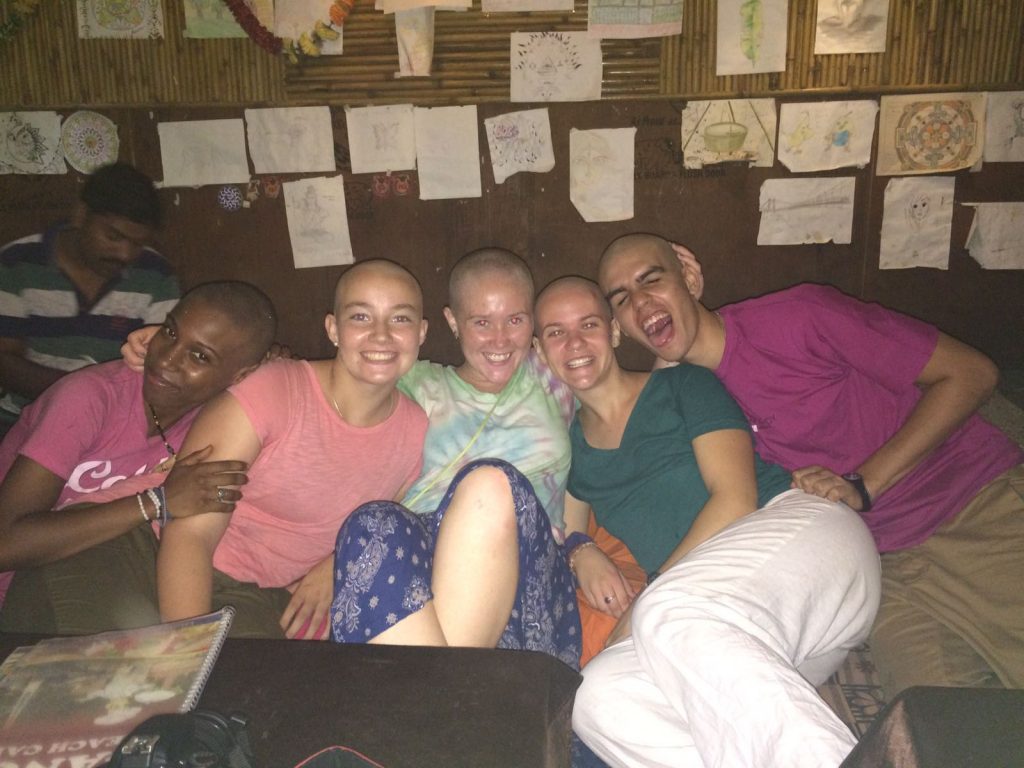