“Enough,” “Traveler,” and “Privilege”: A Reflection

“Varanasi is ancient, by human civilization standards. It is commonly thought to have lived through 5,000 years of continuous habitation. Through the passage of time, the city accumulated layers, preserving countless generations of culture within its fabric. The Ganga herself is the thread that winds through the ages and binds the city into one living entity.”

During our time in Varanasi, we saw a few of the many facets it contains. Craft is a large part of the city’s identity. Varanasi silk and saris are well-known for their quality, and artisans of many other types abound. We were lucky enough to take classes with some of these people. Our internship opportunities included stone-carving, jewelry-making, Ayurvedic medicine, henna, traditional Indian dance, and yoga.

Those who did stone-carving came away with a pendant bearing a mandala inscribed with “aum,” while the jewelry folks each finished a ring over the weeklong period. Across the board, the internships were a huge success, and they doubled in function: firstly, we learned traditional Indian techniques and artistry from masters of their craft, and secondly, we got to interact with locals and form personal relationships.

In addition to these classes, we took Hindi lessons with a local contact, Pinku (or respectfully, Pinku-ji). To be kind, the classes were…difficult. To be frank, they kicked our butts. Which is not to say they weren’t hugely useful! We came out the other side being able to make basic orders at restaurants, express wants and commands, as well as other key phrases. For one, “meri bakri mat chhuiye!!”, which translates to “don’t touch my goat!!” Like I said, the key for survival. Despite varying difficulty levels with the language, we universally agreed on the matter of Pinku-ji: the man is a deity.

Example: he had to cut our first lesson short to attend a meeting with the prime minister of India.

His purpose: to give a succinct history of the city. We were lucky enough to have access to that same knowledge, and with it, he breathed life into the many layers of the city, from ancient to recent.

Varanasi is actually one of the holiest cities in the Hindu religion. The city sits on the holy mother Ganga, which flows from south to north as it passes, back to her source in the Himalayas. Hindus believe that one may only be released from the eternal cycle of rebirth if their body is placed in the Ganga after they die. As she completes her cycle, so may they.

Over time, Hindus from all over India began moving to Varanasi in anticipation of their death, almost as if staking a claim. Little pockets of distinctive culture began to form as each group began to take up an area with their particular architecture and customs. Pinku-ji took us on a historical tour and boat ride through the city, introducing us to the incredibly diverse waterfront, along with some of the areas and monuments Varanasi holds.

History never seems as beautiful as when the historian is truly in love with the place or thing they study, and Pinku-ji was a proud Benarsi down to his bones.

We also took a day trip to the family farm of another local contact, Chandu-ji. An hour outside the city, our time there proved an invaluable counterpoint to the intensity of where we spent the majority of our time, showing us a completely different way of life.

Throughout it all, we could not ignore the intense poverty within the city. I strongly suspect (know) that this will not be the last time we come face to face with “lack” in India. Varanasi threw the dichotomy that is this country into sharp relief: a place rich in history, art, and tradition, lacking for nothing in any of those fields has no basic sanitation.

This semester will have us shaping and reshaping our definitions of “enough,” “traveler,” and “privilege,” among many other concepts. Hence, there seems no better place to really start our journey than in the city of cycles—of life and death—with the Ganga herself to lead us on our way. 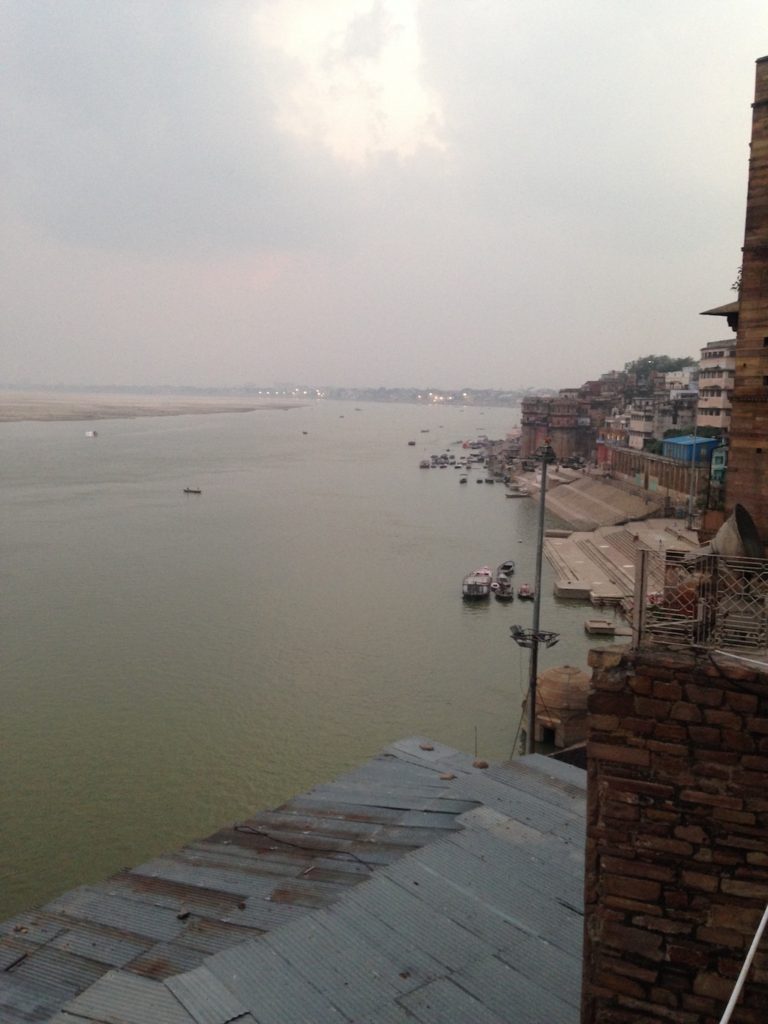 Thanks to one of our 2020 Latitudes Year students,