We started off the week with a literal bang when Katie’s migraine turned into a three day stay at the hospital after fainting at her Casa in Viñales. Luckily, Dr. Kevin came to the rescue and stayed by Katie’s side, eating Pringles and cereal until she was cleared to return to the group. The rest of the group headed to the country side with an uneasy feeling mixed with the excitement of experiencing a new place of solitude. It was time for us to leave city life that we grew so accustomed to and live life as a farmer among the various sheep, goats, and turkeys that roamed the land. The raw beauty that surrounded the Rocky Mountains settled deeply into our consciousness. Just five minutes out of the city we reached our new houses. Even with the downfall of two group members, we managed to get our farming on. The first two days we worked on Lichi and Marta’s farm picking coffee beans, hoeing dirt beds, and battling through savage pineapple bushes until our hands and legs were covered with scratches and bites. Thanks to Taylor’s cheerleading background, we reached coffee beans at the tippy top of the coffee plants. Teamwork really does make the dreamwork. I would like to say that we were roughing it this week however that would be a lie. The house I shared with Noah, Jack, and Sarah, just 10 minutes down the road from the rest of the group was decked out with a large gazebo in a magical fairy setting that lit up blue at night with Christmas lights. Each day we were treated to copious amounts of fruit and pancakes for breakfast, along with the warm smiles Lichi and Marta greeted us with every morning. With Halloween on the way, our famous gazebo proved to be the best place to celebrate. Although we had limited resources, we managed to get hoodlum cowgirls, flower goddesses, a drug dealer, a nark, Rosie the riveter, a scarecrow, a blue face avatar creature, and our very own OE Nance around the table eating Cubas fine cookies, Bon bons and a student creation involving corn flakes and chocolate. Among the festivities, the night grew more and more ominous as Adrian fell sick to the suspected poisonous blue berries smeared all over his face. The berries sadly kept Adrian bed ridden for a day, but don’t worry he is up and going again doing typical Adrian shenanigans. Our week continued on a different farm where we filled bags with dirt and hoed more garden beds for new crops to grow. I can proudly say we are all professional hoers at this point. The farm work, although it is not particularly taxing, is good for the soul. There is something about weeding for two hours or tilling around dirt in perfect formation under the sun that makes you feel real and alive. In the groove of last week, our mornings were filled with farming and our afternoons were generally free. Some of us ran around the countryside occasionally trespassing on farms and running into cattle. Others read in rocking chairs or in hammocks trying not to get eaten alive by the newfound tiny black Satan bugs. Between farming, napping and generally relaxing, we were blessed with a beach day. Passing by many glorious beaches we found ourselves two hours away from our farms at the most touristy beach in town. Beach days remind me how lucky I am to be sitting in the soft white sand sipping coconut water, escaping the impending winter and responsibilities that await at home. Kevin challenged the guys and Sarah, who was representing for the girls, to water wrestling matches which resulted in sore necks and many victories for Kevin. This week provided a great balance between working as a team on the farms and then clearing our minds in the afternoon, taking time for self reflection and solitude. Nance hit home the idea of team bonding during her CDL in which we had to get each person in the group through a hole in a giant spider web made of string. The key is to be the best plank possible so others can shuffle you through the small opening. It was nice spending time with the entire group during the day, and at night getting some much needed solo time with Sarah on the roof for four hours, talking about life and giant pancakes. You can learn a lot about yourself and others when you lay under millions of stars until both your senses and ability to form and understand sentences diminishes. We finished our week out at Papitos farm, eating plenty of food and taking time to go on long walks and journal about the experiences we had during the week. Our work on the farm came full circle when we watched the pig we would later eat get killed in front of us. Although that experience was not settling for me, it urged me to think about how the flow of farms in Viñales works. The plants grow and are nourished, along with all the farm animals and when the time comes, every resource is used and brought to the table. No large scale farming with pesticides and pigs living in extremely small quarters. Our group saw first hand the process of farm to table and that simplicity will be missed as we head to Havana, the largest city in Cuba. As always, Team Chango is going with the Cuban flow of things, so get excited for the adventures yet to come! 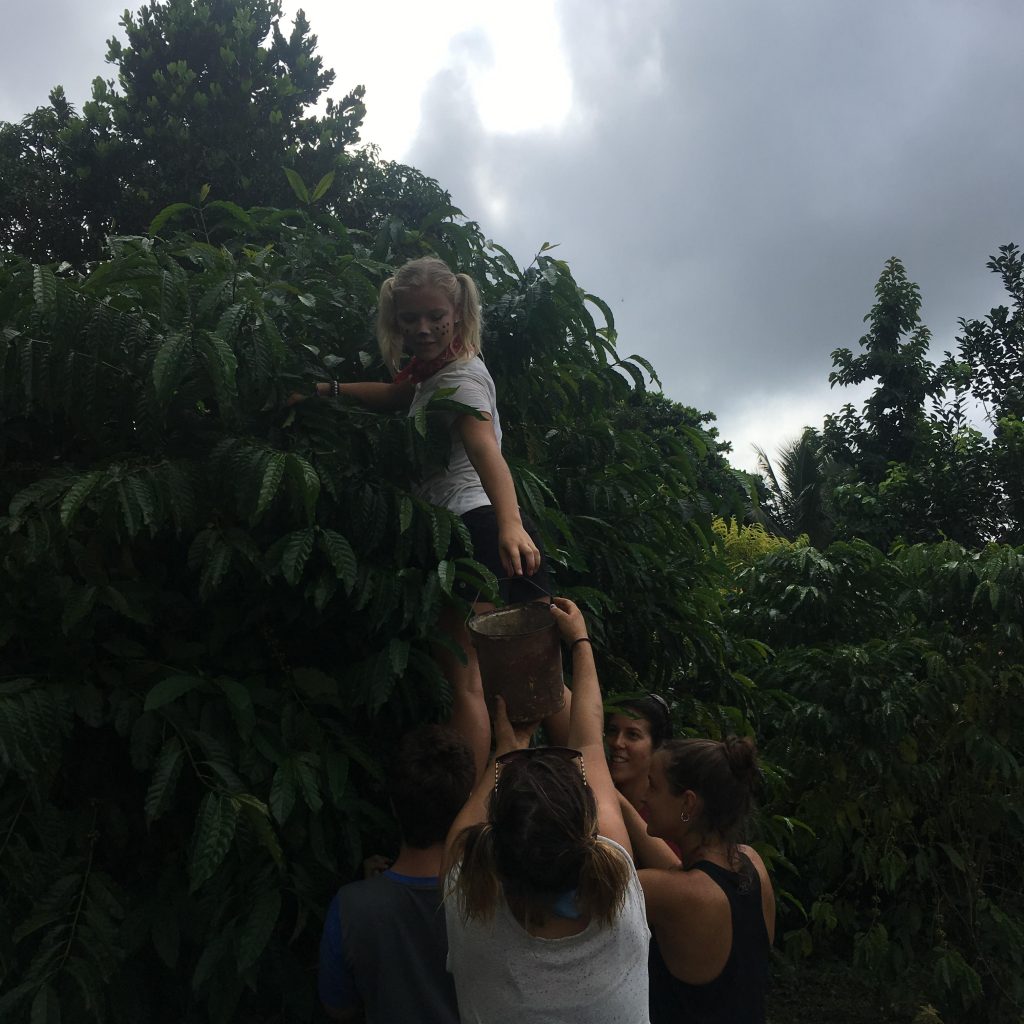 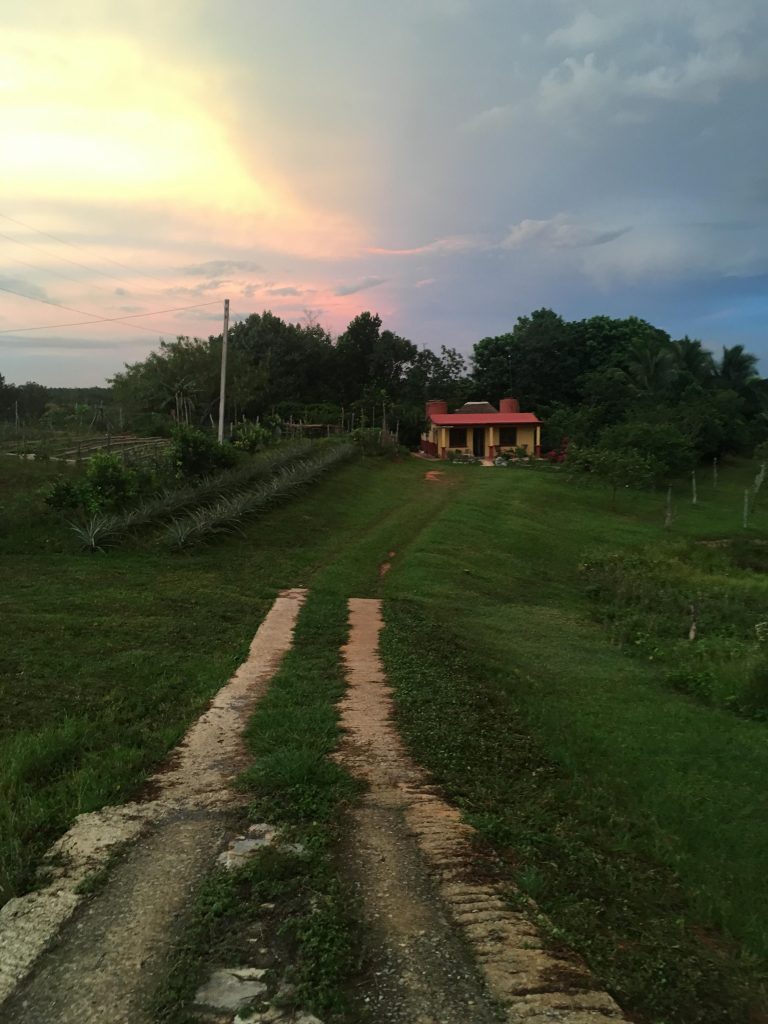 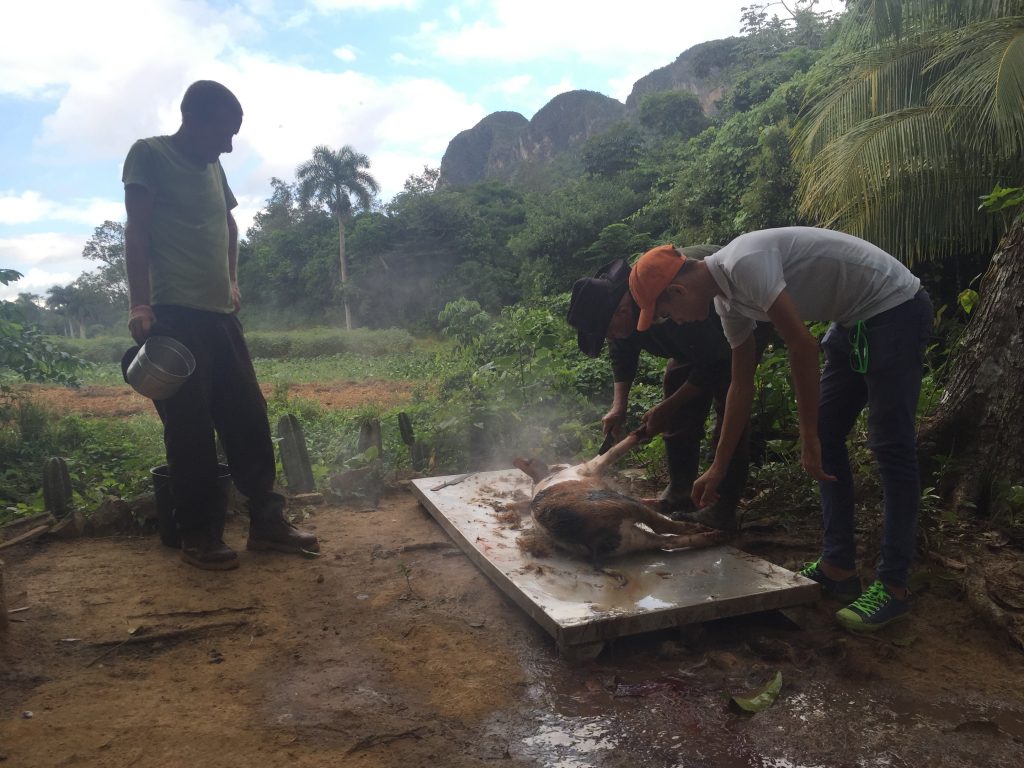 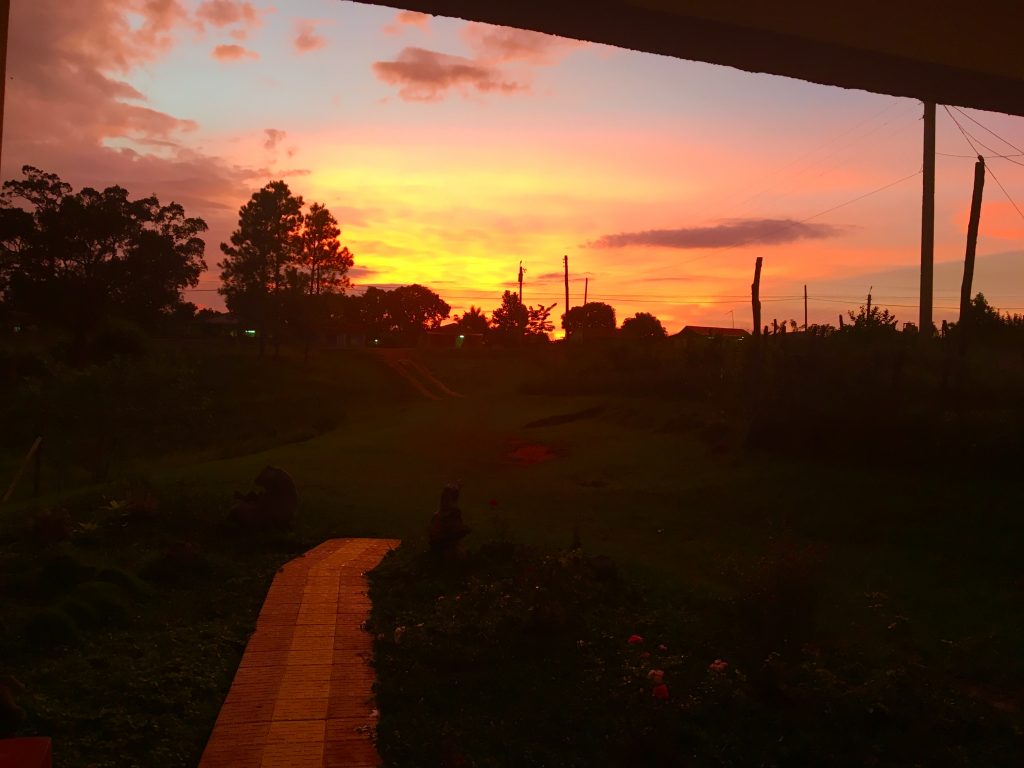