We Found A New Family and We’re Not Coming Home

This week has been wild! I don’t think any of us have had a moment where we aren’t doing something or moving to our next activity. I’ll do my best to summarize it all. We arrived in Kolkata (Calcutta), which was the capital of India during the British rule, last Tuesday. On Wednesday we signed up for and received our placements in the Mother Teresa homes. Kate and I were at Shishu Bhavan, a home for severely disabled children. Lexie and Isabel were at Prem Dan, one of the homes for the dying and destitute. Tucker and Doug were over at Kalighat, the first home that Mother Teresa opened for the dying and destitute. Finally, Hannah, Avery, and Maya were at Shanti Dan which houses battered and disabled women.

But before we got started on our work we took a 3 hour car ride and a 2 hour boat ride over to the Sundarbans for a river tour on Thursday. We spent Wednesday night in an eco-lodge right on a tributary river for the Bay of Bengal. I spent the night disposing of spiders for my roommates, none of us got very much sleep but we dragged ourselves out of bed at 6AM the next morning to get on the boat. Most of us relaxed and slept in the warm, humid air while waiting to see some spotted deer, birds, monkeys, and any signs that a tiger may have been there. Tigers are rarely seen my boat, they only come to the river to drink and are mostly active at night. With the heat i don’t blame them at all. During the day we stopped at a couple of watchpoints and saw some very tiny, very orange fiddler crabs and monitor lizards. On the boat we were lucky enough to spot lots of deer, egrets, and even a set of tiger tracks! We all ate on the boat and drank much chai. On the way back our bus got stuck in quite a bit of traffic because it was the second to last day of Durga Puja!

The Puja is a festival for Durga, Ganesh’s wife, celebrating her victory over the shape-shifting, deceptive and powerful buffalo demon Mahishasura. But more on that later! We got back late at night and all passed out, because we had work to do the next morning! I can’t write too much about places other than Shashi Bhavan and Kalighat. I spent my days at Shashi changing endless diapers, helping the children drink water, and the most difficult task- feeding the children. Only one child could feed herself, so Kate and I spent most of our time spooning food into children’s mouths and doing our best to keep it in there. We had varying success. Bapi was an iconically bad eater. It took about 50 min to get him to eat a bowl of food and it was a MESSY affair. I honestly found the work really fulfilling though, all the children were so sweet and loved being held. I know I’ll miss them. I spent my last two days over at Kalighat with Doug and Tuck. There I fed women, held their hands as they did physical therapy, got decked in the arm during said physical therapy, handed out medication, gave LOTS of massages, and used my megar hindi to communicate as best I could. The women there were so kind and understanding when I made mistakes, and I really loved working with them. It was an experience I’ll be able to talk about for the rest of my life.

The physical therapist there came up to Doug and I during tea time and asked us if we wanted free tickets to the Durga Puja Carnival that was happening that night. My favorite price is free, so we said yes. We had no idea what it was going to be like but we walked over to Red Street with a group of other tourists around 4pm. We were immediately pushed to the front of the line and through a set of guarded gates on to a golden yellow carpet that was walled off from the public. All of us were staring at each other in disbelief as we were escorted to a private seating section labeled foreign delegates. I had just sat down as multiple photographers and reporters rushed in to take our photographs and some of us even got interviewed!

We watched all the statues of the Durga come by with traditional dance and song. The Minister of Bengal, Mamata Banerjee, was across the road to our left, so we got pretty close to the main dance shows. It was an unexpected night that we finished off with momos, kati rolls, copious amounts of ice cream and juice on the main drag- Sutter Street. I’ve saved the best for last though, during our time in Kolkata we ate every day at an AMAZING noodle restaurant that we just started referring to as the family. They laughed as Lexie, Isabel, Kate and I came in for lunch every day (and sometimes dinner). We each had our order. I got the chilli garlic noodles and crispy potatoes, Lexie and Isabel got plain noodles and crispy potatoes, Kate is a fiend for the chilli chicken gravy. Today I got to cook some of my lunch and wrote down the recipe for their sweet and spicy crispy potato sauce. I know I’ll miss those noodles and the people who cooked them for me. Kolkata was an amazing and vibrant city, on to Varanasi! 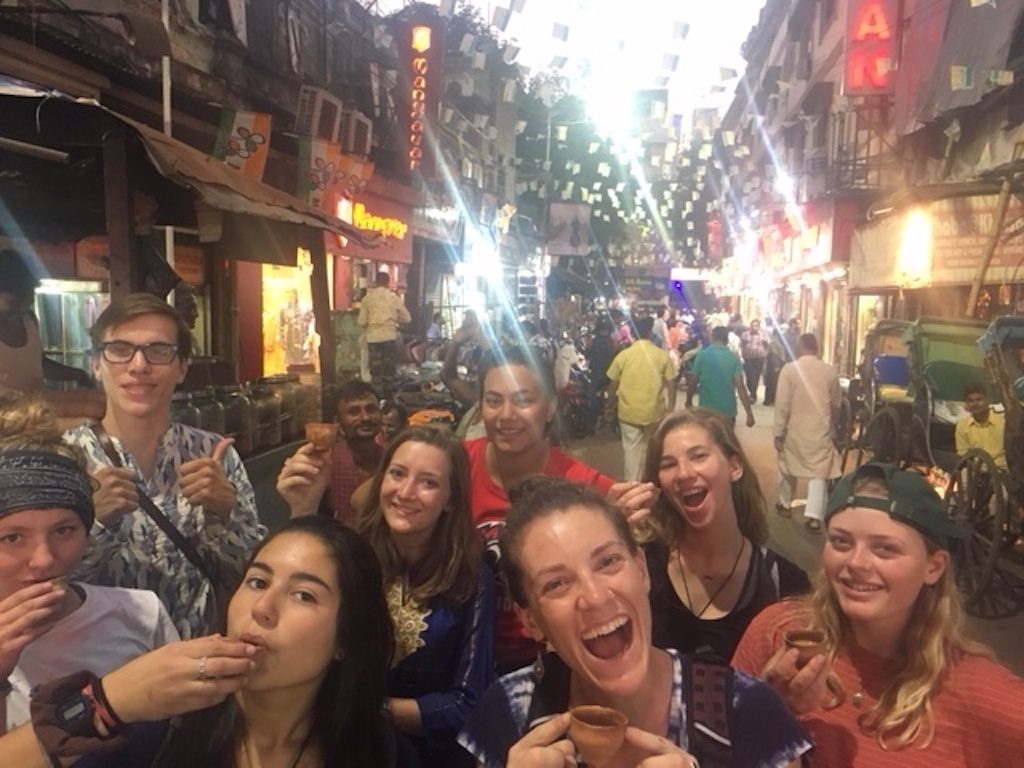 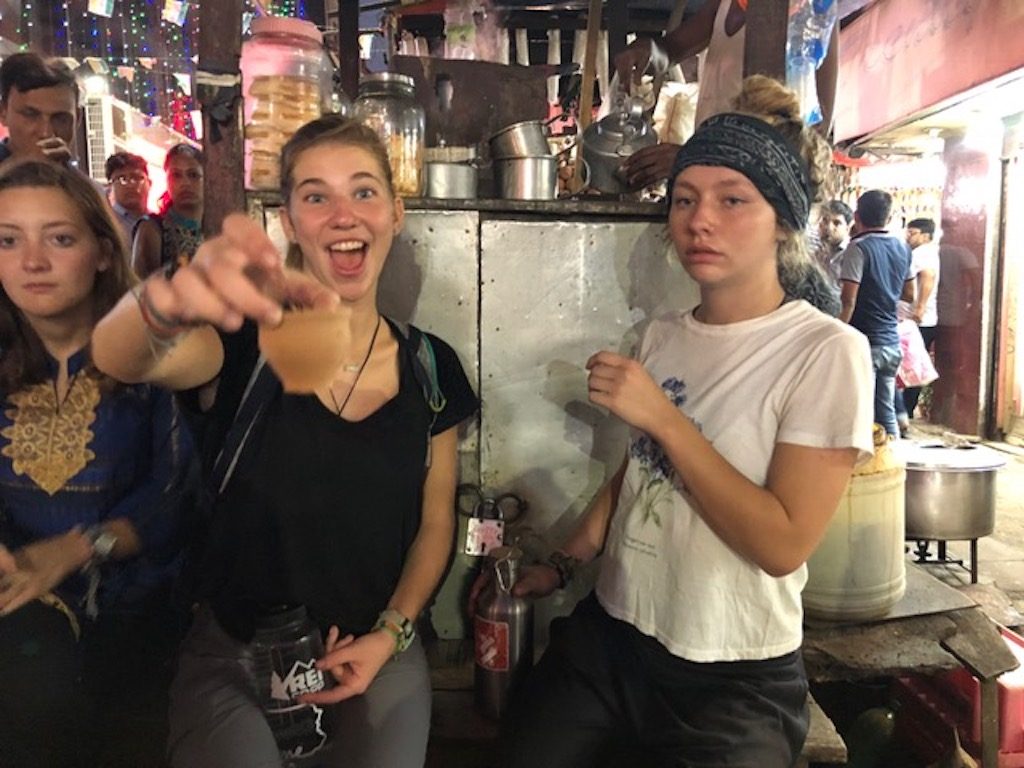 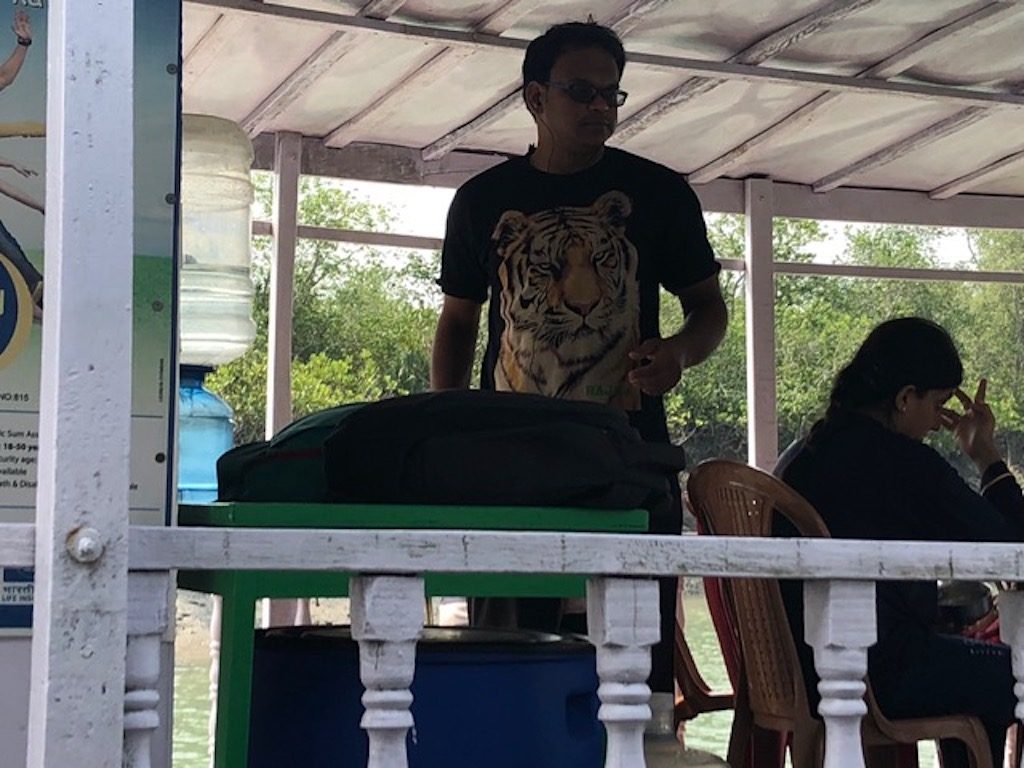 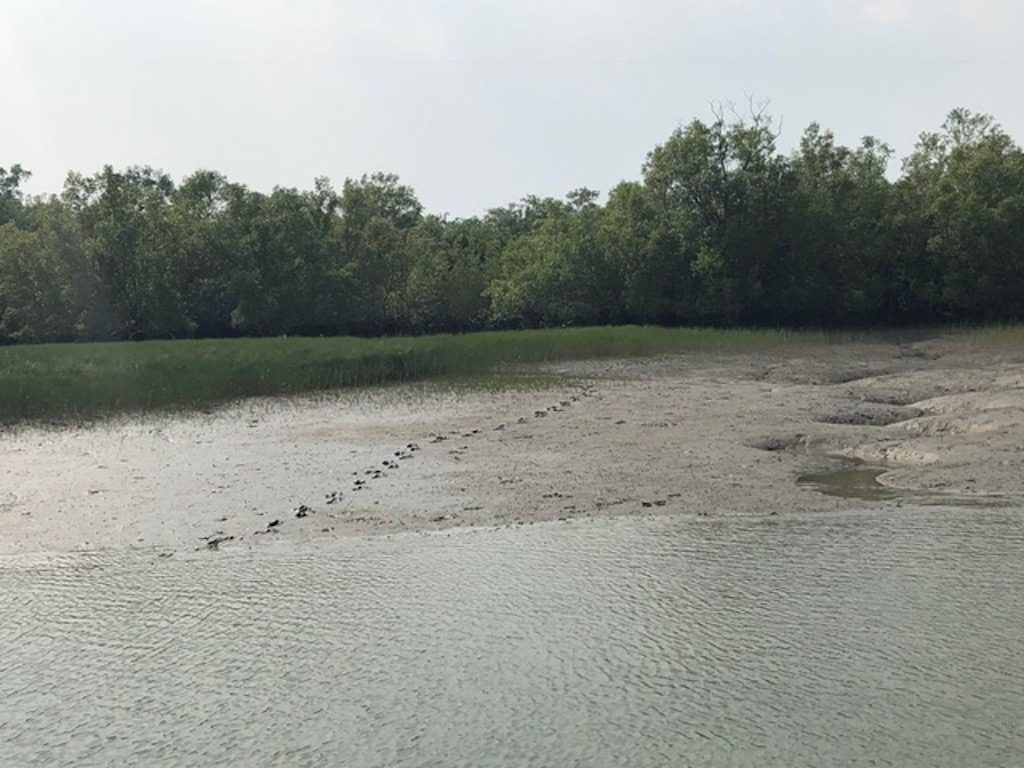 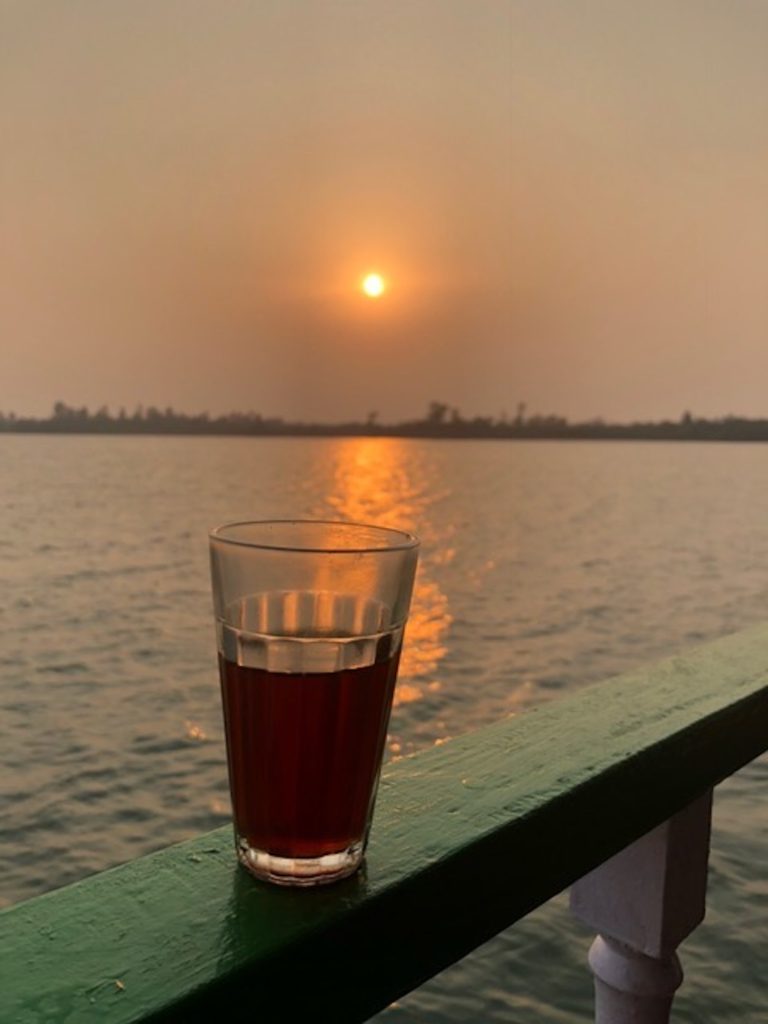 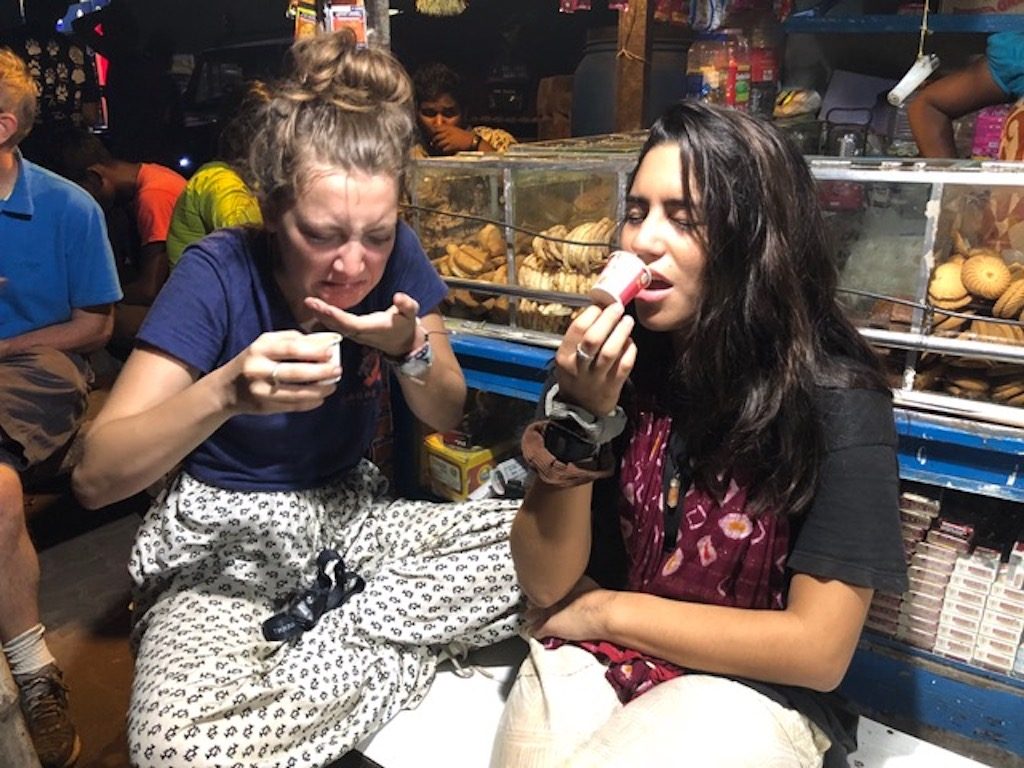 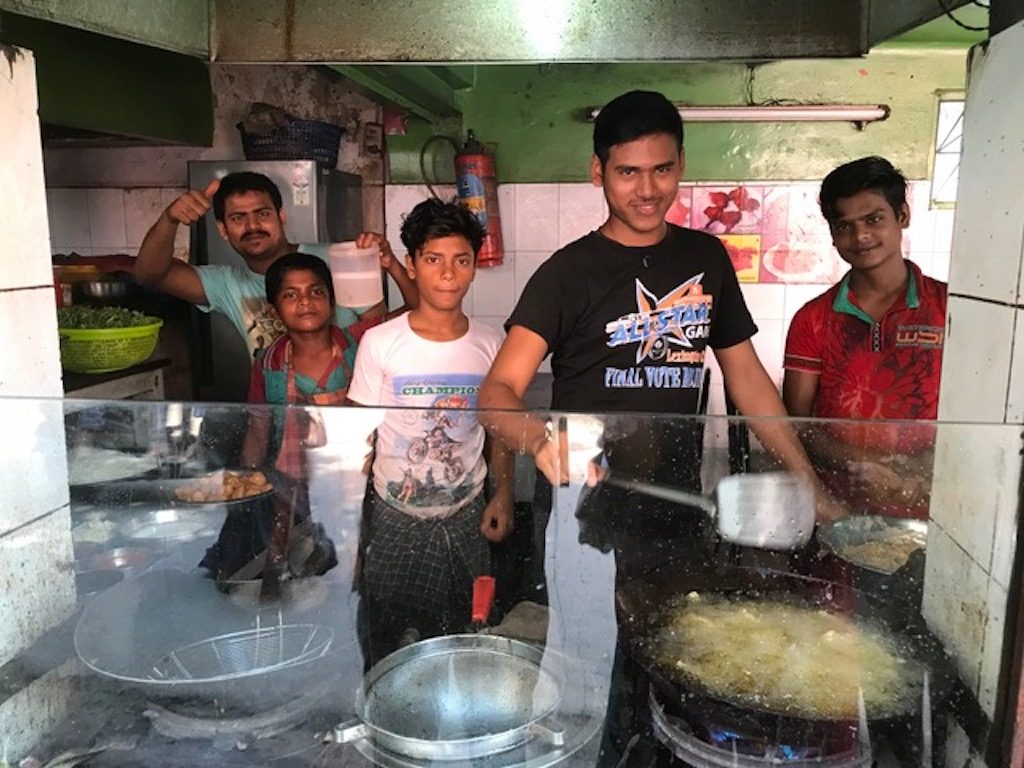 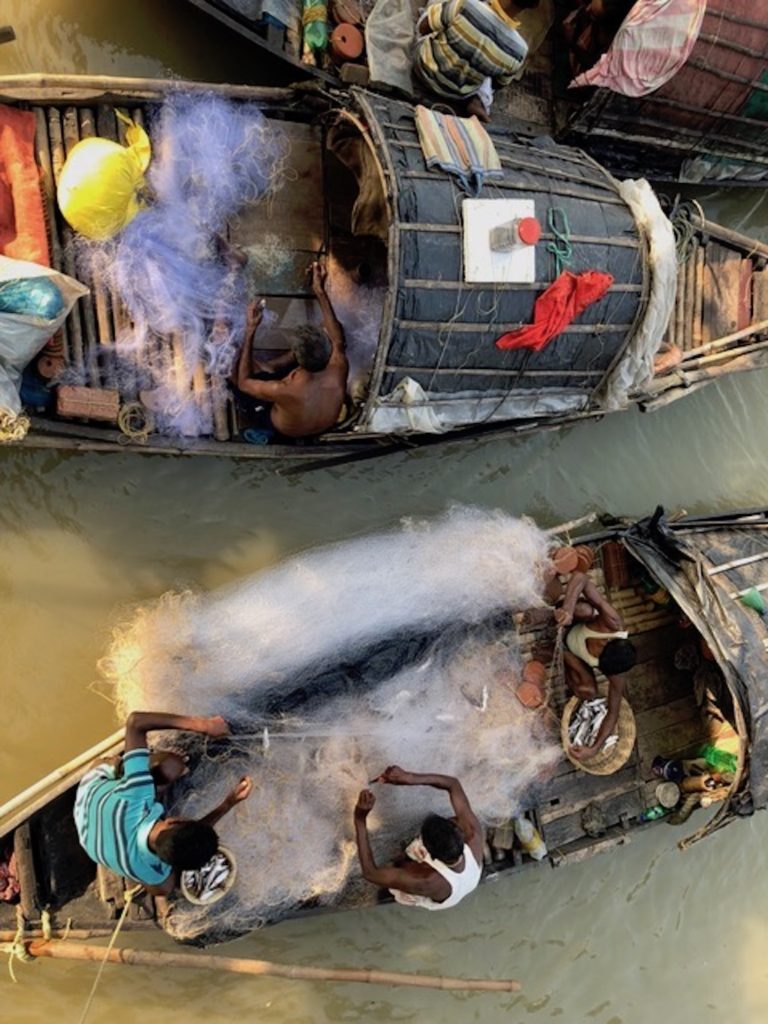 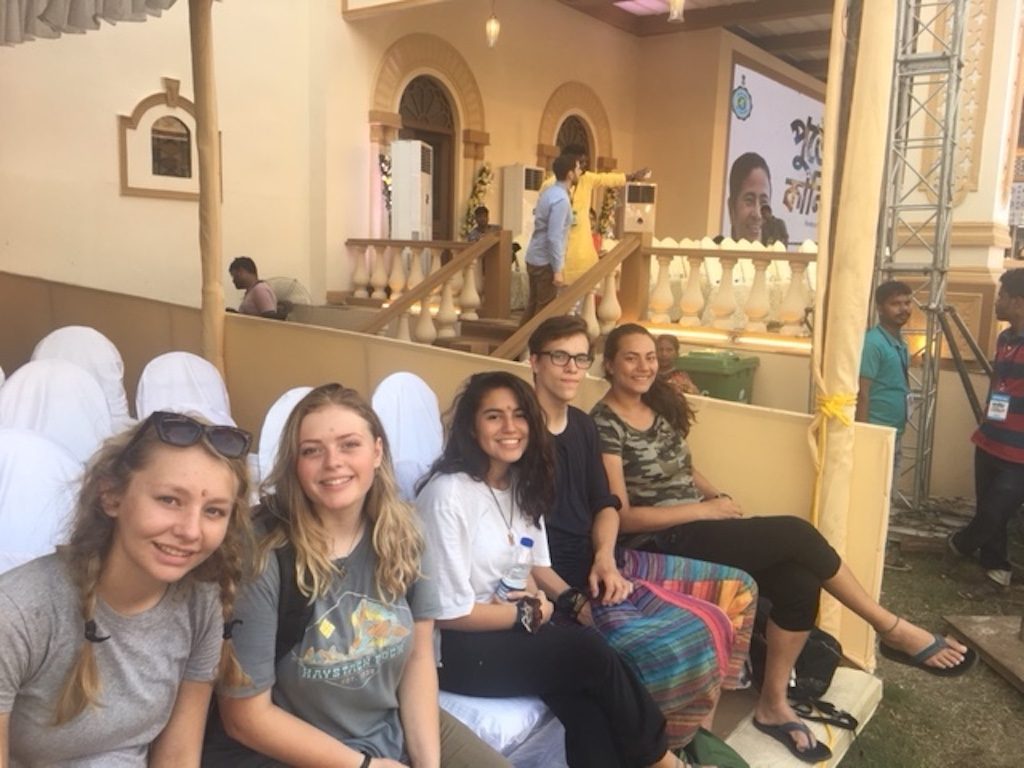 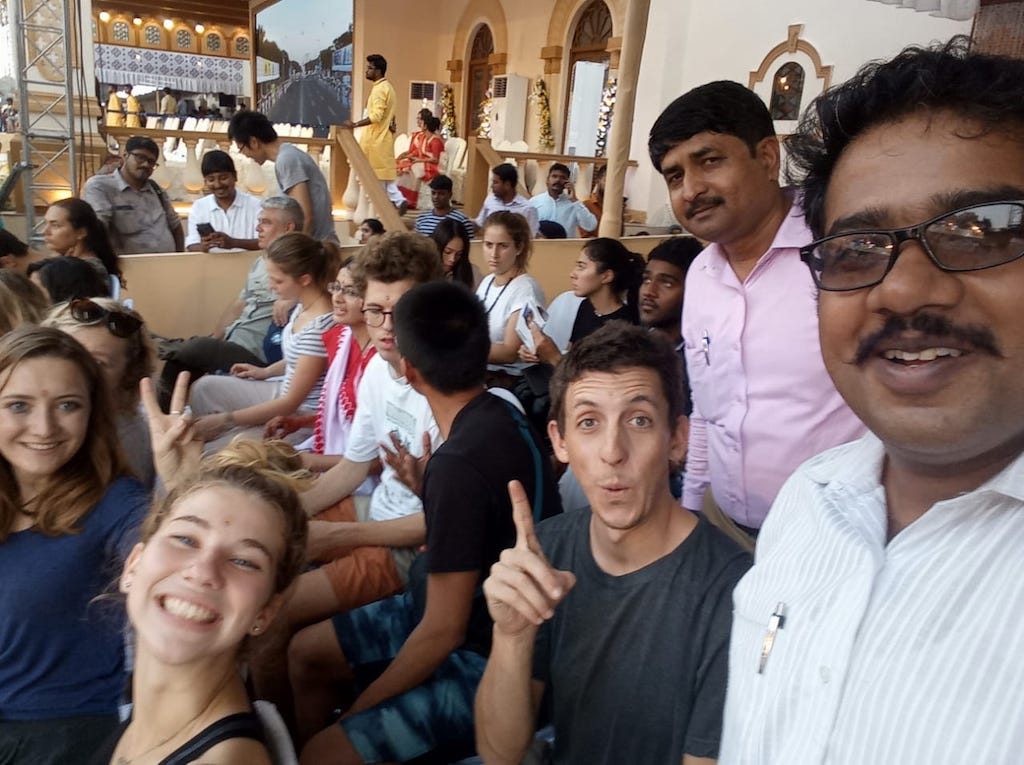 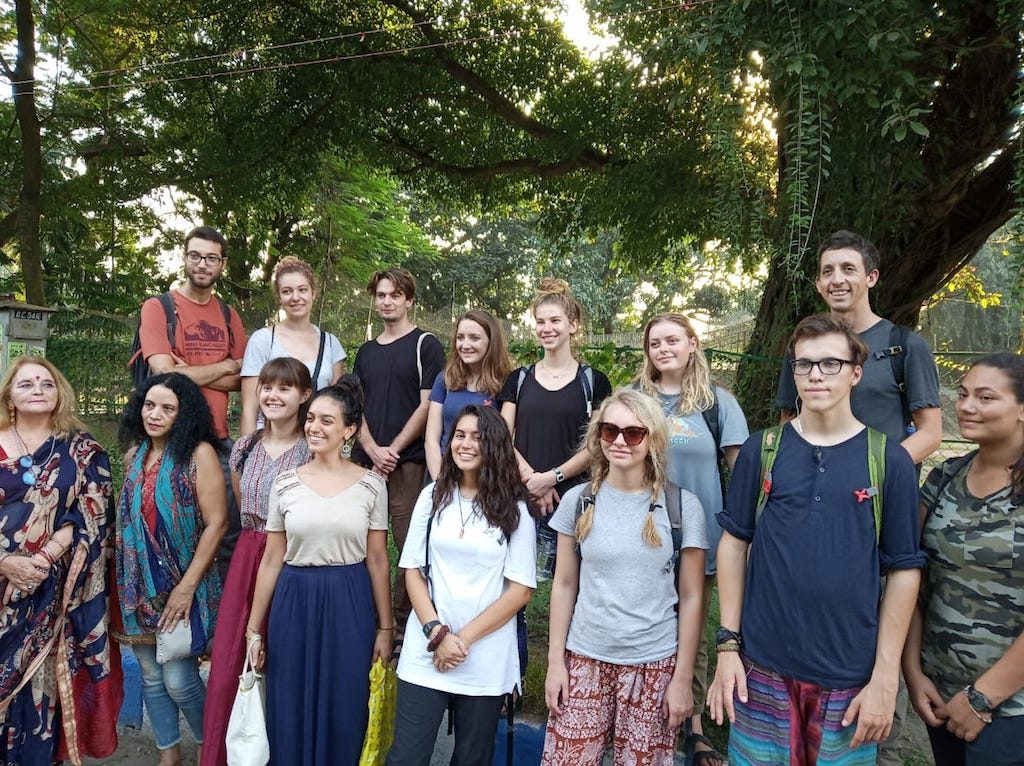 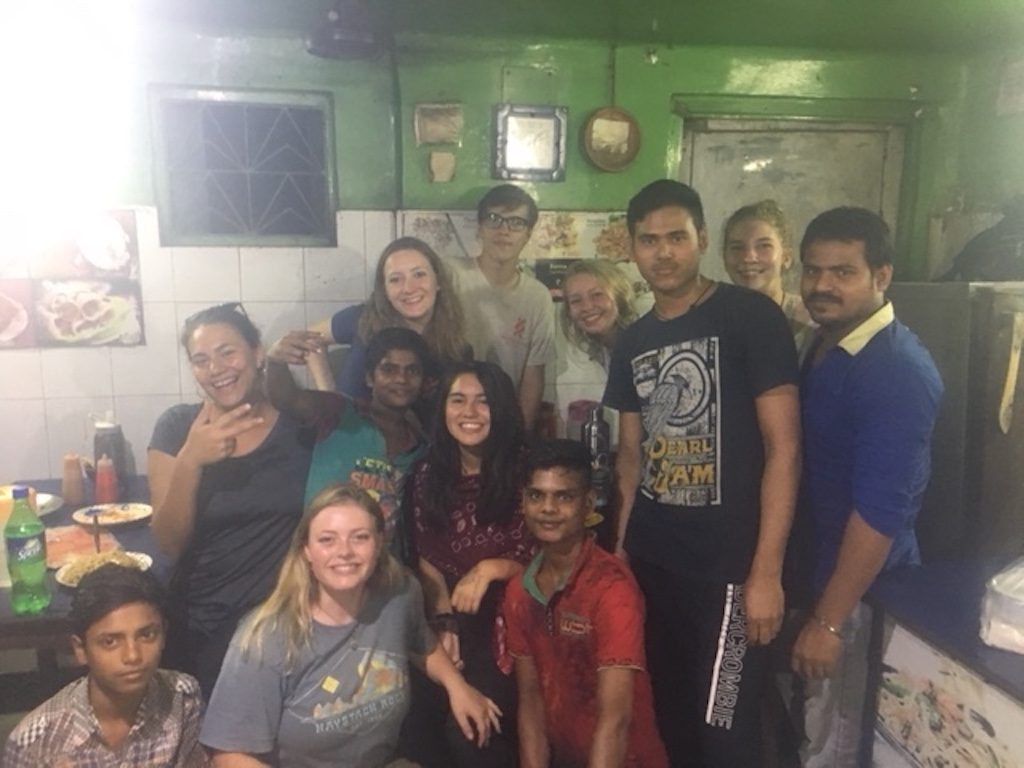