Good Day from Noah, Lottie, and the rest of Hongi!

It is hard to grasp the fact that our week on the Hart Farm is finally coming to an end… It feels like just yesterday that we rolled up in the “Blue Whale” van a tad soaked from our town time grabbing lunch before meeting our lovely hosts Rachel and Greg Hart. Hongi instantly felt at home and couldn’t contain our excitement when we heard about the copious amounts of animals we were going to be able to interact with this week. From milking the dairy cows to feeding the hens, every single one of us got to experience what farm life was like and the true meaning behind farm to table. We were split up into 3 crews for the week, and each crew had certain tasks for the day. While one group went out with Greg for morning chores to milk the cows, collect eggs, and feed the baby animals, another stayed with Rachel to cook the delicious meals and keep the lodge tidy. The last group were the lazy ones, sleeping in after their hard day of work the day before. 🙂 Aside from these crews, each day we got the chance to go out with Greg and work on a variety of sections of the fifteen-hundred acres. Whether it be placing weed mats around the newly planted native trees surrounding the lake, collecting an insane amount of kale from the veg garden, or pruning trees, we all had a job to do. Once we started our work, we met some new companions to help us out. We all got our dog fix when we met the three farm dogs, Kate, Seb, and Pippy who were there for a good snuggle for they were not the best at their own jobs of herding the cattle. The Hart Farm is known for its welcoming attitude toward wwoofers, so our typical family dinners with fourteen people grew to eighteen. We were joined by a Kiwi and Brit mix family, a Frenchman, and the Hart’s. There was also a Japanese family living on the farm helping manage the stock, but more importantly raising two adorable lambs that we got to feed in the mornings. When we were not working, we thoroughly enjoyed the moments of free time in the stunning lodge where we read, played card games, practiced yoga, and even rocked out in a student lead Zumba class. The Hart’s children came home from boarding school for the weekend and we got to enjoy a day with them heading into the bustling town of Napier with a few pitstops on the way. Along the hour drive to Napier, we stopped at a few sites worth noting. Our first stop was at a local candy and antique shop where every group member of Hongi got to spend a bit of money on some sweets, all of us were satisfied. It was a family run shop which was headed by a refugee family from Zimbabwe, they imported African art into their antique store. The second stop was at a local bee farm and shop where we saw an exhibit on how Manuka honey is locally produced. In the shopping area, there was a tasting exhibit where you could sample eight different flavors of infused honey. Covered in just about every free sample we could obtain and smelling like sweet flowers, we drove to the local stadium to watch the Magpies compete in the semi finals of the regional tournament for rugby! It was such a treat to experience a true New Zealand blue bird day while watching the most popular sport in the country. Though it took most of us the entirety of the match to understand the unique rules, we loved making as much noise as we could and went wild when “our” team won in overtime. Buzzing with excitement after the game, we were taken to Napier’s downtown where an arts festival was happening. Our group split up to go explore the free museums, light shows, food trucks, djs, and the silent disco where the majority of Hongi could be found shamelessly dancing amidst a parking garage full of strangers. The nights we were not dancing our behinds off were spent watching documentaries that stimulated group discussion on topics such as permaculture, sustainable living, and regenerative farming. The group lead discussions after each documentary opened minds about how humans as a species could be regenerating the earth through our agriculture instead of destroying it.

We can’t express how grateful we are for the Hart’s and their hospitality this last week. Hongi has thoroughly enjoyed the time at this farm.

Below are some photos of our time here. 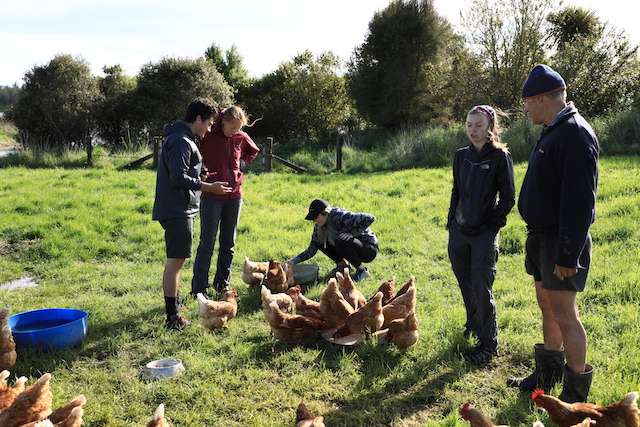 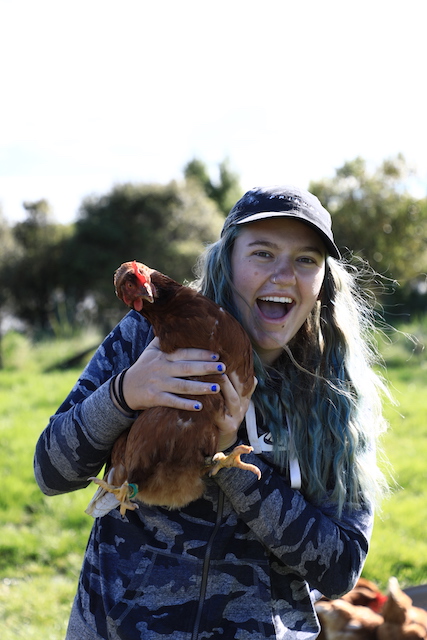 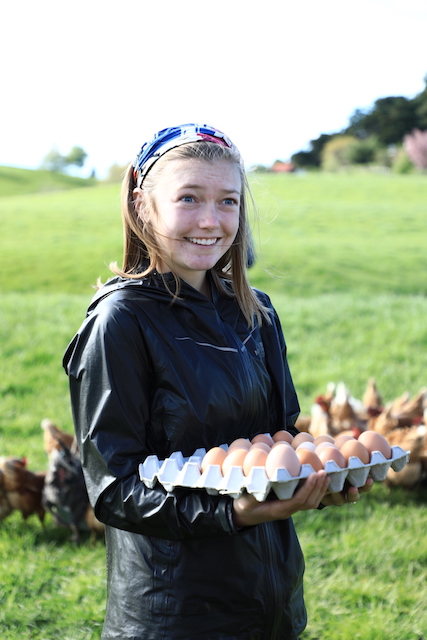 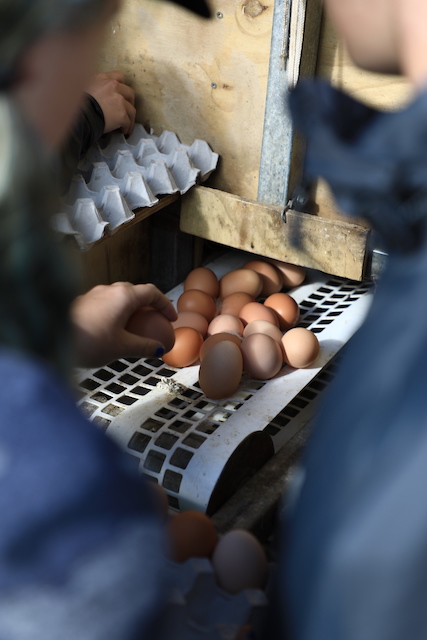 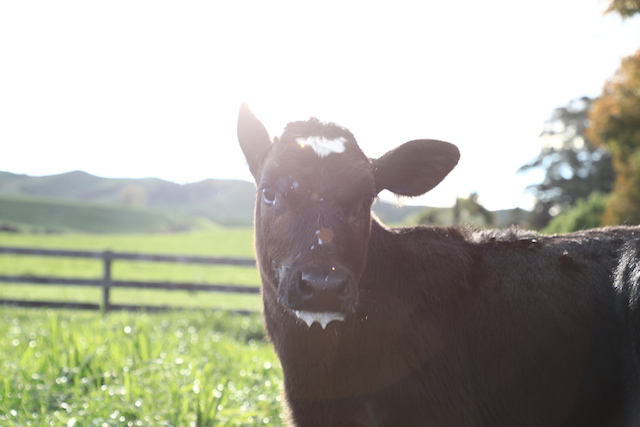 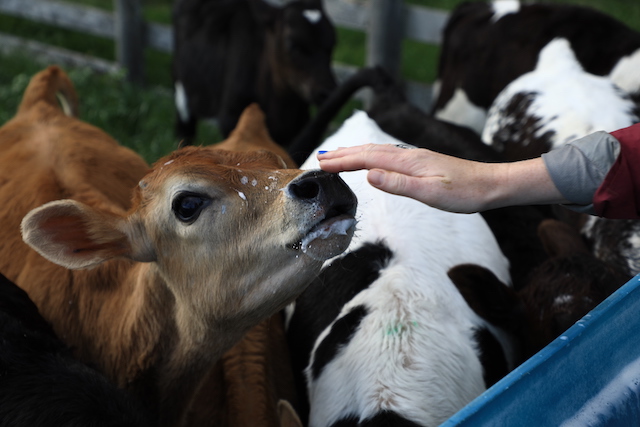 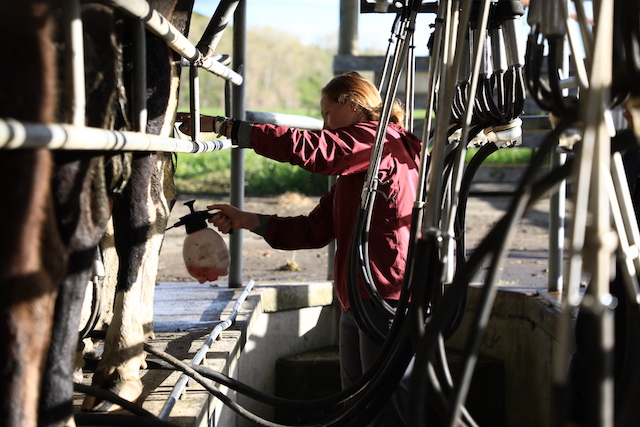 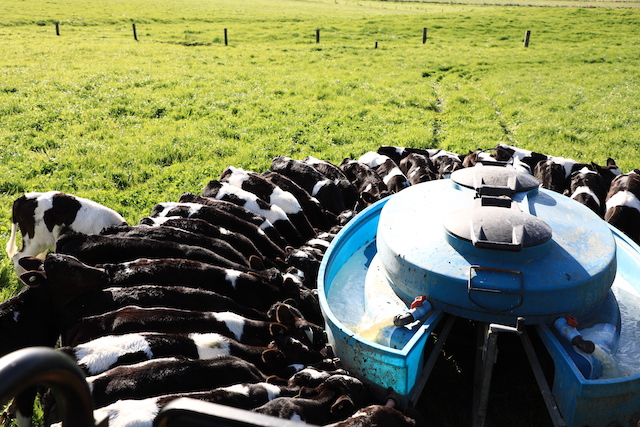 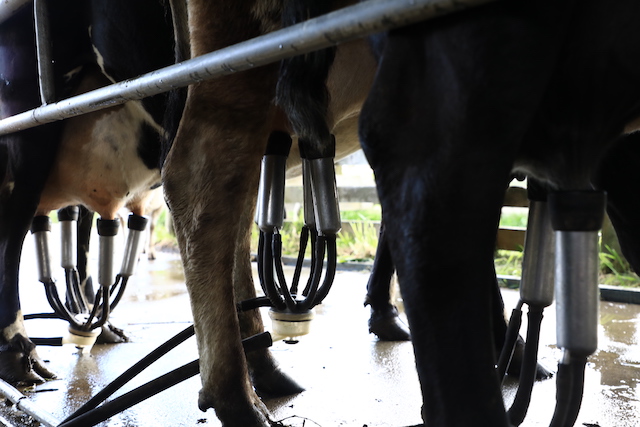 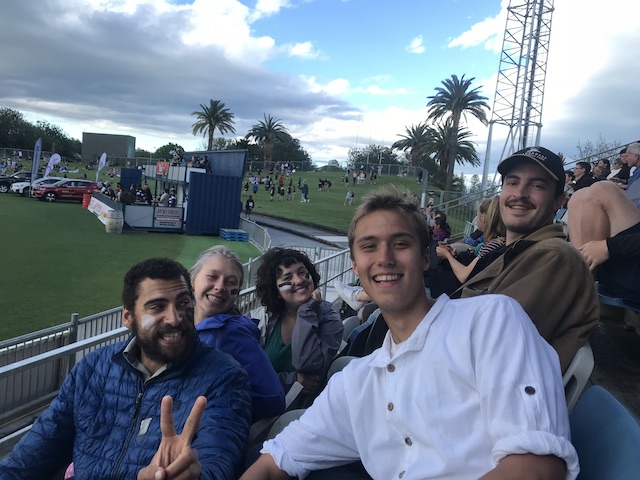